Bombay High Court: The Division bench of A.S. Chandurkar and Pushpa V. Ganediwala, JJ., upheld the family court’s finding that “the behaviour and the conduct of the husband of making wild and unsubstantiated allegations resulted in causing mental cruelty to the wife.”

In view of the above, she proceeded to file a case under Section 9 of the Hindu Marriage Act, 1955 for restitution of conjugal rights.

The above proceedings were however withdrawn and later, wife filed a petition seeking divorce on the grounds of cruelty and desertion. She alleged that the appellant and his family members were ill-treating the respondent physically and mentally. Respondent approached the Mahila Cell with her grievances and after understanding given to both the parties, they started residing together, but the same did not continue for long as the respondent found herself in an unsafe environment and proceeded to file the present proceedings.

Family Court held that the respondent had proved that the appellant was treating her with cruelty. Hence by the impugned judgment, the Family Court proceeded to pass a decree for divorce on the ground of cruelty. Being aggrieved the appellant has preferred this appeal.

Whether in the facts of the case the Family Court was justified in granting a divorce on the ground of cruelty?

Bench in view of the facts and circumstances found the Family Court’s decision to be justified.

“…making of unfounded allegations against the spouse or his/her relatives in the pleadings or making complaints with a view to affect the job of the spouse amounts to causing mental cruelty to the said spouse.”

Mental Cruelty: What led to it?

Court elaborated on the above point that the conduct of the husband of not pleading that the wife was suffering from epilepsy and stating the same for the first time in his deposition as well as making wild allegation that the wife and her relatives had secured false caste certificate without attempting to substantiate the said allegation resulted in causing mental cruelty to wife.

Bench also added regarding the husband’s conduct that, it appeared from his conduct in one or the other he intended to prejudice the service of the wife.

P.K. Mishra, Advocate for the appellant.

A.B. Bambal, Advocate for the respondent. 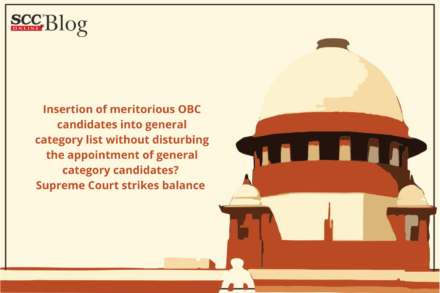