Counsel for the petitioner submitted that the respondents have acted arbitrarily and delayed his case which has resulted in his low indigent index ranking and the respondents have not complied with the prescribed Scheme contained in the Office Memorandum dated 09-10-1998 issued by the Ministry of Personnel, Public Grievances & Pension (Department Personnel & Training), for consideration of appointment which has resulted in the deprivation of the petitioner of gainful employment.

Counsel for the respondents submitted that the writ petition is hopelessly barred by delay and laches, inasmuch as, the deceased employee had expired in 2003, the application for compassionate appointment was only made in 2009, i.e. 6(six) years after the death of the employee, and that the petitioner has come to Court only on July, 2017. It was further submitted that this delay defeats the very purpose of compassionate appointment which had been formulated to provide immediate succor to the family of the bereaved to tide over the crisis caused due to the death of an employee.

“2…. The whole object of granting compassionate employment is thus to enable the family to tide over the sudden crisis. The object is not to give a member of such family a post much less a post for post held by the deceased. What is further, mere death of an employee in harness does not entitle his family to such source of livelihood. The Government or the public authority concerned has to examine the financial condition of the family of the deceased, and it is only if it is satisfied, that but for the provision of employment, the family will not be able to meet the crisis that a job is to be offered to the eligible member of the family. The posts in Classes III and IV are the lowest posts in non-manual and manual categories and hence they alone can be offered on compassionate grounds, the object being to relieve the family, of the financial destitution and to help it get over the emergency”

“6.For these very reasons, the compassionate employment cannot be granted after a lapse of a reasonable period which must be specified in the rules. The consideration for such employment is not a vested right which can be exercised at any time in future. The object being to enable the family to get over the financial crisis which it faces at the time of the death of the sole breadwinner, the compassionate employment cannot be claimed and offered whatever the lapse of time and after the crisis is over.”

The Court thus held “no case has been made out by the petitioner for issuance of any direction or for any interference by this Court. Further, no discernable grounds have been made out to show that there was any failure on the part of the respondent No. 1 & 2 in complying with the Scheme for compassionate appointment, nor any materials placed on record to substantiate the allegations that there was any illegality or arbitrariness on the part of the respondents.”

Arunima bose, Editorial Assistant has put this story together

Due diligence is required from a party seeking anticipated relief

[Stray Dog Menace] Allahabad High Court asks Nagar Nigam to reply why compensation of Rs.10 lakhs may not be awarded to the family of the deceased 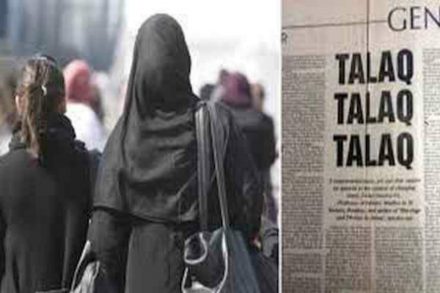