Tweet
Dr. Shirish Laxmikant Deshpande, Professor at Maharashtra National Law University (MNLU) Nagpur passed away on 10th February, 2021.
A Circular was released by the University informing us that the beloved professor passed away at 3:30 p.m. on 10th February due to a massive cardiac arrest. The University conveyed its deep condolences to the family and friends of the departed soul. The University paid homage to the late Professor through a Condolence Meeting on 11th February. All the Faculty Members, Research Associates/Assistants and Staff were informed to attend the meeting without fail. Further, as a mark of respect the University suspended all the regular classes for 11th February.
STUDENTS PAY TRIBUTE TO THE GREAT PROFESSOR
Prof Deshpande was a prolific teacher and was known for his mastery over constitutional laws. The friendly connection that he had with the students and the profound impact that he had on their lives separated him from the rest. All the students of the University paid tribute to the teacher par excellence, Professor Deshpande.
Some students shared their experiences and had some very special words to say for Professor:
“Very few people have an impact as positive as Deshpande sir had on our lives. Deshpande sir had the most brilliant legal mind there ever was. It was Deshpande sir’s classes that taught us how to argue, how to question and how to critique the law. He possessed a vast knowledge of the law but he was always eager to listen to our opinions about it. He used to be immensely busy but he was always ready to clarify any doubts we had. He could talk about the law forever but took out time to discuss cricket and politics too. Deshpande sir has left a void which is never going to be filled. He leaves us with only one thought about him-
‘The elements mixed so well in him that Nature may stand up and say to all the World, this is a Man’- William Shakespeare”
– Advaya Hari Singh, 5th Year B.A.LL.B. (Hons.) Student at MNLU, Nagpur.
“A lot of people, including me,  have a cognitive condition known as Optimism Bias, an inclination to overestimate the likelihood of encountering positive events in the future. But  I knew I hadn’t overestimated anything about having an ideal professor, the week Professor Shirish Deshpande started teaching us. He was undoubtedly one of the greatest Constitutional Law scholars of our generation. I am sure, those of us who had the privilege of attending the lectures of Prof. Despande and of knowing him personally will always strive to develop a fraction of Perseverance, of which he was the master.  Was always so calm and composed, had never seen him lose his temper.  He was full of wit, wisdom and finesse and had great taste for Puns.  On a scorching Nagpur noon, while Sir was delivering lecture on one of the relatively complex topics on the Constitutional Law in our batch the light went off and hence the Mic got disconnected. Razor sharp witty that he was, he exclaimed, I will no longer be a Maayi-ka-laal!  And the whole class burst into laughter.
This would run into pages if I go on writing about the aspects of the life of Sir which made him such an awe-inspiring personality. While the grief of your loss will subsist forever, you will continue to inspire everyone by all that you taught all of us, as a professor and as a person.
I wanted to have a picture with Sir and had thought that I’ll get one clicked before our farewell!”
– Vaibhav Vidhyansh, 4th Year B.A.LL.B. (Hons.) Student at MNLU, Nagpur.
“The one who lost his sight at 9, gave us vision for life! The journey from his chamber to the classroom and from classroom to his chamber that enlightened us more than any other lecture would deeply be cherished along with his lively laughter which still echoes in our ears. He was truly the idol of excellence. Sir, you will deeply be missed. Huge loss for all of us.”
– Kedar Warad, 5th Year B.A.LL.B. (Hons.) Student at MNLU, Nagpur. 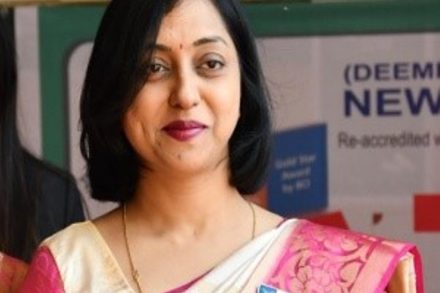 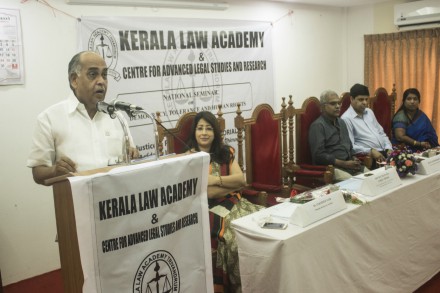 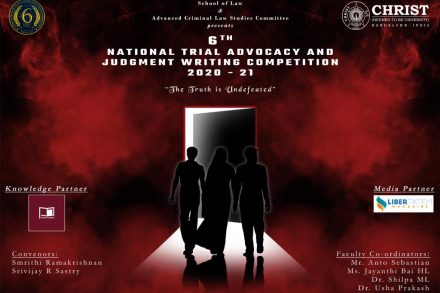