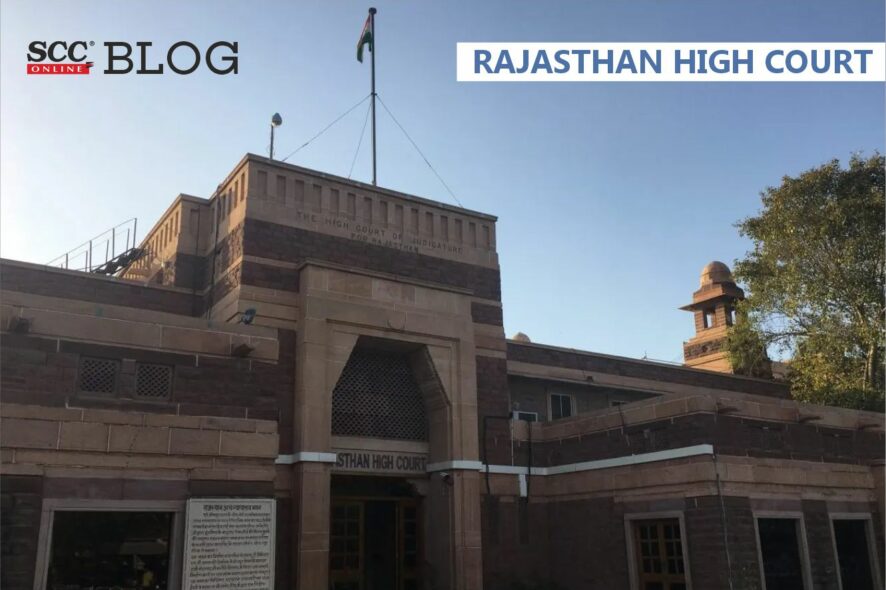 Rajasthan High Court: In a case where the secured creditors like Unit Trust of India (‘UTI’) and a workman have preferred their petitions way back in the year 2000 and 2014 respectively, and are awaiting result of the winding up, Pushpendra Bhati, J. held that they cannot be allowed to suffer merely because some subsequent proceedings in the DRT would consume all the assets of the company and give away the auction proceeds to Kotak Mahindra Bank which is a late entrant to the dispute.

A company named Derby Textiles Limited (‘respondent company’) was incorporated on 22-05-1980 as a Public Limited Company, limited by shares. It requested the UTI (petitioner in Company Petition 07 of 2000) to subscribe for Secured Redeemable Non-Convertible Debentures (‘SRNCD’) of the face value of Rs.4.00 crores, which was thereby agreed and disbursed. On deviation from payments agreed recall notices were issued for payment of outstanding debt along with interest.

A winding up petition was preferred under Sections 433, 434 and 439, Companies Act, 1956, seeking winding up of the company and appointment of an official liquidator regarding all the assets and properties of the respondent-Company, since the respondent-Company was unable to pay the outstanding debt amount. As the proceedings were pending, the respondent-Company meanwhile made an application that it has been registered as sick company with Board of Industrial and Financial Reconstruction. The company kept dilly-dallying on some or the other issues thereafter in the Court and the matter kept on getting adjourned, even when the Court cautioned the parties that no further adjournments would be given.

The Company petition was filed for liquidation proceedings to begin and while such adjudication was going on, an application was filed by a workman, i.e. Application No. 2 of 2015 in company petition No. 9 of 2014, contending, as the auction proceedings had already taken place, and unless an official liquidator is appointed to secure the debts of the petitioner, the petitioner’s rights shall be permanently prejudiced being a prioritized creditor.

As no one appeared for the respondent company an interim order was passed by the Court on 28-03-2022, “Despite service, none appears for the respondent-Company. In the interest of justice, further proceedings in case No.144/2004 before the Debt Recovery Tribunal, Jaipur shall remain stayed.”

It was contended by Kotak Mahindra Bank Limited as well as the auction purchaser, that their proceedings under the Recovery of Debts Due to Banks and Financial Institutions Act, 1993 (‘RDDB Act’) is on a stronger footing, and that, leave of the Company Court is not necessary under Sections 537 or 446 of the Companies Act, 1956 is a settled proposition and there cannot be any second thought in the mind of the Court.

The Court noted that the jurisdiction of the Tribunal and the Recovery Officer, in terms of the RDDB Act, is exclusive, in respect of the debts payable to Banks and Financial Institutions, and the Company Court cannot use its powers under Section 442 read with Section 537 or under Section 446 of the Companies Act, 1956, against the Tribunal/recovery officer, and thus, Sections 442, 446 and 537 cannot be applied against the Tribunal, is a settled proposition.

The Court further observed that merely because the company was not cooperating and the adjudication of the matter took a long time, the company petitioner cannot be rendered remediless by this Court on account of the complete assets being disbursed by the DRT in a separate proceeding under the RDDB Act. Thus, in the present case, one of the secured creditors UTI and workman have preferred their petitions way back in the year 2000 and 2014 respectively, and are awaiting result of the winding up and the protection of their respective interests, and thus, they cannot be allowed to suffer merely because some subsequent proceedings in the DRT would consume all the assets of the company and give away the auction proceeds to the Kotak Mahindra Bank Limited and the auction purchaser, who are subsequent entrants in the dispute.