Right to Abortion no longer a Constitutional right in the USA

In a far-reaching decision concerning American women’s right to abortion, the Supreme Court of the United States, has held that the Constitution of the United States does not confer any right to obtain abortions. The judgment decisively overrules the landmark SCOTUS ruling of Roe v. Wade, 1973 SCC OnLine US SC 20, which granted this constitutional right in the first place and also Planned Parenthood of Southeastern Pennsylvania v. Casey, 1994 SCC OnLine US SC 11 which upheld Roe. Furthermore, by this mandate the authority to regulate abortion is returned to the people and their elected representatives.

While Chief Justice Roberts agreed with the majority opinion that the viability line established by Roe and Casey should be discarded, he however took a “measured course” and said that the right should extend far enough to ensure a reasonable opportunity to choose but need not extend any further certainly not all the way to viability.

However, the dissenting opinion termed the decision to be catastrophic and stated that the majority has given the ruling out of despise and has substituted a rule by judges for the rule of law. Either the mass of the majority’s opinion is hypocrisy, or additional constitutional rights are under threat. It is one or the other,

The dissent concluded with the following words,

“With sorrow—for this Court, but more, for the many millions of American women who have today lost a fundamental constitutional protection—we dissent.”

Also read: “With sorrow—for this Court, but more, for the many mil­lions of American women…we dissent.” Read SCOTUS dissent on Right to Abortion case

Full Story: 5 Appointments and one Transfer lead to 6 High Courts getting new Chiefs

Supreme Court has dismissed Zakia Jafri’ss plea challenging the clean chit given to Prime Minister Narendra Modi by the Special Investigation Team in 2002 Gujarat riots case. The Court observed that no fault can be found with the approach of the SIT in submitting final report back in 2012, which is backed by firm logic, expositing analytical mind and dealing with all aspects objectively for discarding the allegations regarding larger criminal conspiracy (at the highest level) for causing and precipitating mass violence across the State against the minority community.

In 1994, a young couple belonging to different castes was found hanging from a tree after having gone missing for days. The love affair did not sit well with the girl’s father and uncle. It was alleged her uncle had killed both of them and had kept the bodies in the house for 3 days, after which he had taken the bodies to the cashew nursery and had hung them on a cashew tree to give it the shape of them having committed suicide.

Noting that the prosecution had miserably failed to bring home the charges levelled against the accused beyond reasonable doubt, the Court observed that conviction could not be based on a very weak kind of evidence of extra judicial confession by the co-accused and the theory of “Last seen together” propounded by the prime witness.

Detailed Analysis: No conviction based on ‘last seen together’ theory when possibility of suicidal death not ruled out; SC sets man free in a 28-year-old honour killing case

In a case where a father had refused to maintain his unmarried major daughter on the ground that the daughter was earning Rs.72 lakhs to Rs.80 lakhs by merely posting photographs on Instagram, the Bombay High Court has held that the father had the responsibility to maintain his daughter and her Instagram biography is not enough to prove that she has independent and sufficient income.

“it is a well-known fact that it is the habit of the youth of today to project a glossy picture and post the same in the social media though its contents may not always be true.”

The Orissa High Court has held that the Government of Odisha cannot deny information pertaining to the Vigilance Department involving allegations of corruption and human rights violations, and other information that does not touch upon any of the sensitive and confidential activities undertaken by the Vigilance Department. The Court held that if under the RTI Act disclosure is the norm, and non-disclosure is the exception, then the notification by the Odisha Government’s Information and Public Relations Department seeks to take away what is provided by the RTI Act and is therefore ultra vires the RTI Act.

Sanitation is personal and private, inextricably linked to human dignity. At the same time, sanitation has an essential public health dimension. The Patna High Court observed that the right to sanitation comes within the scope of Article 21 and therefore, directed the State, National Highway Authority of India (NHAI), and Oil Marketing Companies (OMC) to construct public toilets and public conveniences on highways across the state of Bihar.

In a consumer dispute where a woman had alleged medical negligence on part of the doctors who had left a sponge in her abdomen after performing a Caesarean surgery; NCDRC has held that, since a foreign body was left in the system of the complainant during the surgery, it clearly indicated a failure of reasonable degree of care and thus it constitutes medical negligence. As a result, the woman will now get the compensation of Rs. 5 lakhs.

The Central Board of Direct Taxes (CBDT) has exempted TDS on lease rentals under Section 194-I of Income Tax Act, 1961 paid to Aircraft Leasing Units. The Notification will come into force on July 1, 2022. The Exemption is applicable on certain conditions. You can read the same on the SCC Online Blog.

Full Report: CBDT notifies exemption of TDS on rent of ‘aircraft’ leased out by IFSC units on certain conditions

Central Government, after consulting the Election Commission of India has notified Registration of Electors (Amendment) Rules, 2022 A new Rule has been inserted which provides Merger and integration of list of amendments. The rule provides that the list of amendments prepared with reference to the qualifying dates shall be merged and integrated with the last finally published roll and published as draft roll, before every election and bye-election and shall be put in public domain with reference to the qualifying date, proximate to the said election, as the Election Commission may direct.

The National Financial Reporting Authority Amendment Rules, 2022 introduces the penalty in case of non-compliance of the provisions of the Rules. Whoever contravenes any of the provisions of these rules, shall be punishable with fine not exceeding five thousand rupees, and where the contravention is a continuing one, with a further fine not exceeding five hundred rupees for every day after the first during which the contravention continues.”. 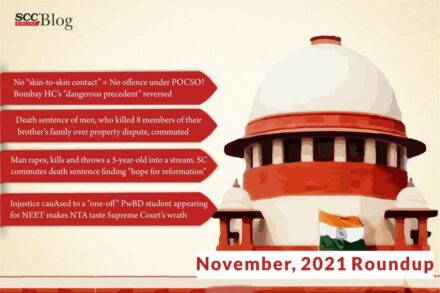 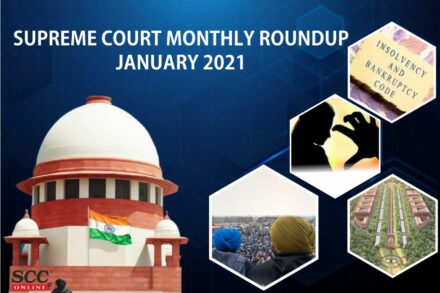 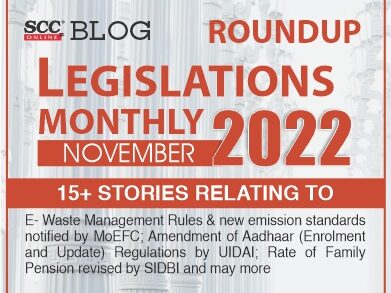