SCC Online Weekly Rewind Episode 65 ft. Nilufer Bhateja, Associate Editor is out now. The written episode along with the video episode can be watched and read below.

Adopting a humanitarian approach, the Supreme Court has allowed Project 39- A of the National Law University, Delhi, to have access a death row convict to interview him and conduct a psychological analysis in order to bring out mitigating circumstances.

Old Age Home inmates can’t get away with causing disruption of peace of other inmates; Administration can ask them to vacate the room

“one can understand the mental trauma which the parents face in the evening of their life but the agony suffered by a parent cannot be a cause of disturbance to the other inmates or to the organizers who have resolved to take care and run the old age home.”

In an important case regarding environment Law, the Supreme Court has revoked the approval granted by the Standing Committee of NBWL for doubling the railway line between Castlerock to Kulem. Pertinently, western ghats eco-system which is one of world’s eight hotspots, which spreads across 9 National Tiger Reserves, 20 National Parks and about 68 Wildlife Sanctuaries and the landscape forms one of the largest and most contiguous Protected Area networks in the country.

Since the project involved diversion of significant area of forest land and sanctuary land, the Court remarked,

“…in case of doubt, protection of environment would have precedence over the economic interest.”

Answering two important questions on whether DRT has power to restrain a person from travelling abroad and does Art. 21 include right to travel abroad, Bombay High Court expressed that the right to travel abroad has been spelt out from the expression “personal liberty” in Article 21 of the Constitution. Justices A.S. Chandurkar and Amit Borkar observed that, the provisions under the Recovery of Debts Due to Banks and Financial Institutions Act, 1993, do not impliedly confer such powers on the Debt Recovery Tribunal to restrain a person from travelling abroad.

Child suffering from mental illness, requires a disability certificate, can certifying authority insist him to come to premises of institution? Madras HC analyses

Whether the certifying authority can insist that the person for whom the certificate of disability is sought should come to the premises of the institution for the purpose of assessment even though he or she is unable to come? G.R. Swaminathan, J., held that the persons suffering from mental retardation or mental illness are entitled to have the assessment done at the place where they reside. gh Court stated that, Article 41 of the Constitution of India mandates that the State shall, within the limits of its economic capacity and development, make effective provision for securing the right to public assistance in cases of sickness and disablement and in other cases of undeserved want.

Further, the Bench expressed that,

State has the obligation to design a special approach depending upon the special needs of the concerned category of disabled.

Article 14 of the Constitution of India guarantees that the State shall not deny to any person equality before the law or the equal protection of laws. But unequals cannot be treated equally. Persons with severe disabilities will have to be treated on a different footing altogether.

Can merely smuggling of gold without any connection to threat to economic security of India amount to terrorist act? Read what Del HC says

While granting bail to men accused of smuggling gold, the Division Bench of Mukta Gupta and Mini Pushkarna, JJ., expressed that, the mere smuggling of gold without any connection to a threat to the economic security or monetary stability of the country is not a “terrorist act” under the Unlawful Activities (Prevention) Act 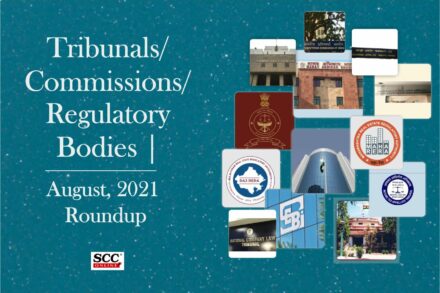 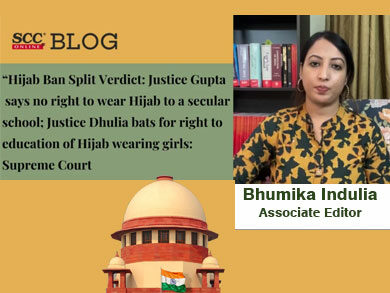 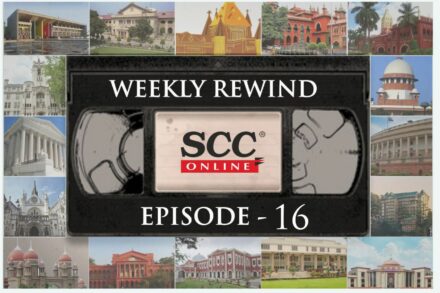