Supreme Court: In a case relating to the termination of pregnancy of an unmarried woman, whose pregnancy arose out of a consensual relationship, the 3-judge bench of Dr. DY Chandrachud, Surya Kant and AS Bopanna, JJ has given a progressive ruling by holding that a woman cannot be denied the right to a safe abortion only on the ground of her being unmarried.

“Denying an unmarried woman the right to a safe abortion violates her personal autonomy and freedom.”

In the case at hand, the woman, a permanent resident of Manipur currently residing in Delhi, was in a consensual relationship but the relationship failed. In the month of June 2022 she learnt that she was pregnant. On 5 July 2022, an ultrasound scan revealed a single intrauterine pregnancy of a term of twenty-two weeks. The petitioner decided to terminate the pregnancy by averring that she has stated that she is the eldest amongst five siblings and her parents are agriculturists. She holds a BA degree and, in the absence of a source of livelihood, she would be unable to raise and nurture a child. It is the case of the woman that she was deserted by her partner at the last stage in June 2022 causing her immense mental agony, trauma, and physical suffering.

The laws in question

Clause (a) of sub-section (2) of Section 3 permits the termination of pregnancy where the length of pregnancy does not exceed twenty weeks. Clause (b) permits termination where the length of pregnancy exceeds twenty weeks but does not exceed twenty four weeks for such categories of women “as may be prescribed by Rules made under this Act”. However, an opinion must be formed by not less than two registered medical practitioners that inter alia “the continuance of the pregnancy would involve a risk to the life of the pregnant woman or of grave injury to her physical or mental health”.

Explanation 1 to Section 3 stipulates that for the purpose of clause (a), where a pregnancy has occurred as a result of a failure of any device or method used by any woman or her partner for the purpose of limiting the number of children or preventing pregnancy, the anguish caused by such pregnancy shall be presumed to constitute a grave injury to the mental health of the pregnant woman. Explanation 1 evidently qualifies clause (a) but not clause (b).

Rule 3B of the MTP Rules

This rules lists down the category of women eligible for termination of pregnancy up to twenty-four weeks.-

(a) survivors of sexual assault or rape or incest;

(c) change of marital status during the ongoing pregnancy (widowhood and divorce);

(d) women with physical disabilities [major disability as per criteria laid down under the Rights of Persons with Disabilities Act, 2016 (49 of 2016)];

(f) the foetal malformation that has substantial risk of being imcompatible with life or if the child is born it may suffer from such physical or mental abnormalities to be seriously handicapped; and

(g) women with pregnancy in humanitarian settings or disaster or emergency situations as may be declared by the Government.

The High Court denied the right to safe abortion to the woman by holding that since she is an unmarried woman whose pregnancy arose out of a consensual relationship, her case is “clearly not covered” by any of the above clauses of Rule 3B and, as a consequence, Section 3(2)(b) is not applicable.

Disagreeing with the view, the Supreme Court observed that the High Court has taken an unduly restrictive view of the provisions of clause (c) of Rule 3B.

“Clause (c) speaks of a change of marital status during an ongoing pregnancy and is followed in parenthesis by the words “widowhood and divorce”. The expression “change of marital status” should be given a purposive rather than a restrictive interpretation. The expressions “widowhood and divorce” need not be construed to be exhaustive of the category which precedes it.”

Explaining the fundamental principle of statutory interpretation that the words of a statute must be read in their entire context and in their grammatical and ordinary sense harmoniously with the scheme of the Act and the intent of the legislature, the Court said that Parliament by amending the MTP Act through Act 8 of 2021 intended to include unmarried women and single women within the ambit of the Act. This is evident from the replacement of the word ‘husband’ with ‘partner’ in Explanation I of Section 3(2) of the Act.

It was further explained that Explanation 1 expressly contemplates a situation involving an unwanted pregnancy caused as a result of the failure of any device or method used by a woman or her partner for the purpose of limiting the number of children or preventing pregnancy. Hence, it cannot be said that the Parliamentary intent is to confine the beneficial provisions of the MTP Act only to a situation involving a matrimonial relationship.

“The statute has recognized the reproductive choice of a woman and her bodily integrity and autonomy. Both these rights embody the notion that a choice must inhere in a woman on whether or not to bear a child. In recognizing the right the legislature has not intended to make a distinction between a married and unmarried woman, in her ability to make a decision on whether or not to bear the child. These rights, it must be underscored, are in consonance with the provisions of Article 21 of the Constitution.”

Drawing a comparison between the two provisions before and after the 2021 amendment, the Court noticed that the phrase ‘married woman’ was replaced by ‘any woman’ and the word ‘husband’ was replaced by ‘partner’. But evidently, there is a gap in the law : while Section 3 travels beyond conventional relationships based on marriage, Rule 3B of the MTP Rules does not envisage a situation involving unmarried women, but recognizes other categories of women such as divorcees, widows, minors, disabled and mentally ill women and survivors of sexual assault or rape. There is no basis to deny unmarried women the right to medically terminate the pregnancy, when the same choice is available to other categories of women, especially when live-in relationships have been recognized by the Supreme Court.

“A woman’s right to reproductive choice is an inseparable part of her personal liberty under Article 21 of Constitution. She has a sacrosanct right to bodily integrity.”

Holding that the distinction between a married and unmarried woman does not bear a nexus to the basic purpose and object which is sought to be achieved by Parliament which is conveyed specifically by the provisions of Explanation 1 to Section 3 of the Act, the Court was, hence, of the opinion that allowing the petitioner to suffer an unwanted pregnancy would be contrary to the intent of the law enacted by Parliament. Moreover, allowing the petitioner to terminate her pregnancy, on a proper interpretation of the statute, prima facie, falls within the ambit of the statute and the petitioner should not be denied the benefit on the ground that she is an unmarried woman.

The Court also took note of the fact that the petitioner had moved the High Court before she had completed 24 weeks of pregnancy, hence, the delay in the judicial process cannot work to her prejudice. 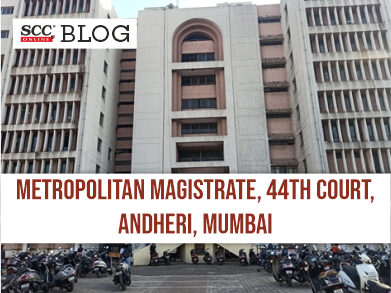