In its judgment in Union of India v. Singh Builders Syndicate,[1] the Indian Supreme Court flagged the indiscriminately high arbitrator fees as a major challenge to the growth of arbitration in the country. It was stated that contrary to legislative intent, arbitration proceedings had become disproportionately expensive, and needed to be “saved from arbitration costs.” Consequently, the Law Commission recommended a rationalised fee structure based on a model schedule of fees,[2] which was duly incorporated through the 2015 Amendment as the Fourth Schedule to the Arbitration and Conciliation Act, 1996[3] (“the Act”). Subsequent amendments brought about in 2019[4], although not yet notified, sought to further streamline the issue of arbitral fees under the Act. This post is an attempt to examine the law as aforesaid, in practice, and analyse the underlying issues that parties, as well as arbitrators, continue to face, in the above context.

Section 31(8) of the Act empowers arbitral tribunals to fix the costs of arbitration, subject to the regime stipulated under Section 31-A. Sub-section (1) of Section 31-A vests discretion in the tribunal to determine –

Interestingly, while the term “costs” is defined to include, inter alia, the fees and expenses of arbitrators, the same has specifically been confined only to the said sub-section. As a result, subsequent provisions under Section 31-A, which contain internationally recognised principles to ascertain such costs (including the loser pays principle), are seemingly inapplicable in determining arbitral fees and expenses. Instead, Section 11(14) of the Act empowers the High Courts to frame rules for the same, taking the Fourth Schedule into account. However, the same being merely an enabling provision, many High Courts have not issued any such rules, effectively rendering the provision redundant. Although the courts in some cases[5] have nonetheless applied the Fourth Schedule, there are decisions[6] that have explicitly held that the same is merely indicative and is not binding on the parties.

Therefore, in the absence of a conclusive judicial finding and sans any other provision in the Act on the applicability of the Fourth Schedule, it would appear that the arbitral tribunals continue to have unfettered discretion to fix their fee, at least in non-institutional/ad hoc arbitration proceedings. While the parties may, by prior agreement, fix a fee schedule, the practice is relatively uncommon in arbitrations to which the Act applies. In fact, even the question of party autonomy with respect to determining the fee had remained contentious for a long time until the Supreme Court finally settled the matter in Gammon Engineers v. NHAI.[7] The Court affirmed that a prior fee structure agreed to by the parties would be binding upon the tribunal, notwithstanding the provisions of the Act.

Resultantly, unless the parties contractually agree to a prior fee structure, or the proceedings are governed by institutional rules prescribing the same, there is little to guide or regulate arbitrators in the determination of their fee. In such situations, one or all parties may be constrained to agree to whatever fee is decided, lest the tribunal gets prejudiced against them. Alternatively, the parties may refuse to pay such fee and mount a challenge in court, or lead the arbitrators to simply resign – both of which can significantly derail arbitral proceedings. In empowering a graded arbitral institution to determine the fees subject to the Fourth Schedule,  the 2019 Amendment Act has seemingly rectified this concern. However, almost a year since its enactment, the said change is yet to be notified, and it is unclear whether even the new sub-sections (3-A) and (14) to Section 11 would apply to party-appointed arbitrators in ad hoc proceedings.

Once determined, the form and payment of a tribunal’s fee present problems of its own. While most institutional rules provide for simplified and streamlined processes for the deposit and payment of the arbitrators’ fees, the same is not the case with ad hoc arbitration proceedings, where there is considerable scope for ambiguity and resulting arbitrariness in the process.

As per Section 38 of the Act, a tribunal can fix the amount of deposit (or supplementary deposit) as an advance for costs, including its fees. Sub-section (2) states that such a deposit is to be paid by the parties in equal shares, or that one party may pay the entire amount if the other fails to pay. In the eventuality where even the other party refuses or is unable to pay the entire share of the deposit, the Act empowers the tribunal to suspend or terminate such proceedings.

Interestingly, while the Model Law (on which the Act is based) does not contain any such provision, similar clauses do exist in various institutional rules (including the SIAC and LCIA). Consequently, arbitrations to which the Act applies but which are not backed by any institutional framework, face challenges in the effective application of the provision. Unlike institutions, who hold such deposits in trust for the parties, arbitrators in ad hoc arbitration proceedings often demand complete and often an unconditional payment of fees upfront. Further, there is neither any remedy available to a party justifiably not willing to pay the fee, nor does the Act give power to the tribunal to enforce compliance should a party do so.

While broad powers of contempt have been judicially read into the Act by the Supreme Court in Alka Chandewar v. Shamshul Ishrar Khan,[8] the same may not hold in such situations in light of the statutory alternative under Section 38(2). Even justification for non-payment of fee may be for a number of reasons, but the Act does not spell out any such condition under which a party may refuse to pay the deposit. For instance, the parties challenging the composition or jurisdiction of an arbitral tribunal, or raising questions about arbitrators’ independence, might refuse to pay any sum that may have the potential to become frustrated costs later.

What is thus needed is a uniform system and procedure that protects the legitimate interests of the parties and the requirements of the arbitrators without compromising on the efficiency of the arbitral process itself. The fee rules of the Delhi International Arbitration Centre,[9] for instance, are a good example, which explicitly provide for specific percentages of fee to be released depending on the stage of the arbitration proceedings. It is expected that the Arbitration Council of India, proposed to be set up under the new Part I-A of the Act will be able to address and better regulate these issues, once the amendment is notified.

Questions have also been raised as to how under the scheme of the Act, substantial losses are suffered even by successful parties towards costs incurred for arbitral proceedings, of which the arbitral fee forms a substantial part. In practice, where a party is successful in its challenge to the arbitral tribunal, or even to the award, the fee paid by it to the tribunal often becomes an irrecoverable, frustrated cost. The unresolved dispute will still need to be settled, not to mention the time already spent in the exercise.

Section 38(3) of the Act provides that upon termination of proceedings, an arbitral tribunal shall render an accounting of the deposits received from the parties and “shall return any such unexpended balance”. A statutory onus has thus been cast on the arbitrators to be accountable for the deposits (including fees) received from the parties. However, the Act provides for no recourse whatsoever to the parties in case the tribunal fails in this obligation, as is usually the case. There is also no mention of whether the same would amount to misconduct. Instead, in stark contrast, the newly added Section 42-B grants protection to the arbitrators for all acts done in good faith. Thus, even where proceedings are terminated for want of jurisdiction, or a patently illegal award is set aside, or when an arbitrator resigns, it may not necessarily mean the tribunal acted without due care and caution. Effectively, the parties appear to have been deprived of their recovery rights in such situations under general civil law as well.

However, reimbursement of arbitral fee still remains an issue yet to be decided by Indian courts, despite a number of awards being set aside and the mandate of tribunals being terminated for various reasons. Interestingly, along similar lines, the Austrian Supreme Court, in 2014, had rejected the request of a claimant for reimbursement of a portion of fees advanced to the arbitrator whom it had successfully challenged during ongoing proceedings. The Court held that the services provided by the arbitrator up to that point were not entirely worthless, and since those proceedings were not required to be repeated, the arbitrator was found entitled to half his fee.

In Hungary, Act LX of 2017 on Arbitration contains an explicit provision disentitling arbitrators to any fee should their award be annulled. While this may be unduly harsh and even deter competent arbitrators to agree to being appointed, parties must have some enforceable remedy to recover at least the justifiable costs expended by them. Reports of arbitrators charging unduly high fees and/or resigning are not uncommon, with parties left with no choice but to replace them, but with the entire fee being paid again.

Given that India is perhaps one of the few jurisdictions where ad hoc proceedings are largely preferred over institutional arbitrations, efficiency and cost effectiveness of the arbitral process are important factors to consider if the country aims to become a global arbitration hub. It is imperative to mandatorily cap arbitrators’ fee by law and allow a rationalised, transparent system of payment to be introduced that will effectively hold the parties as well as the arbitrators to account.

The new amendment enacted in 2019 with the stated objective “to promote institutional arbitration” does seem to provide some of these solutions, but these will only be assessed once the changes are notified and actually adopted in practice.

*Authors are practising commercial lawyers and represent both public and private parties in commercial arbitration proceedings.

[2] Report No. 246 on the Amendments to the Arbitration and Conciliation Act, Law Commission of India (August, 2014).

[4] The Arbitration and Conciliation (Amendment) Act, 2019 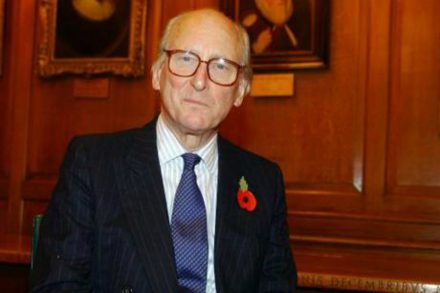 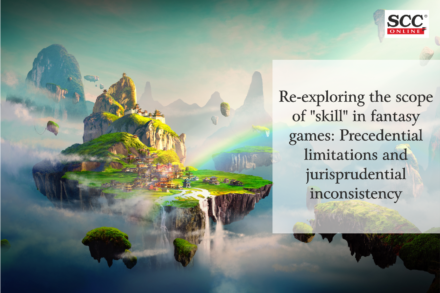 Re-exploring the scope of “skill” in fantasy games: Precedential limitations and jurisprudential inconsistency 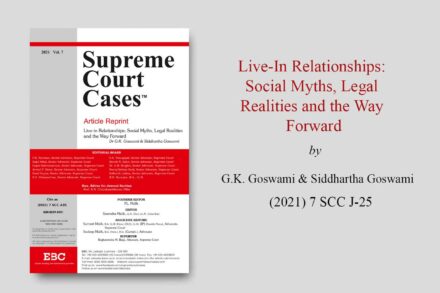