Delhi High Court: Suresh Kumar Kait, J., while addressing a matter with regard to the Order issued by Delhi Police on 8-07-2020 in respect to the arrests being made in the Delhi Riots matter, made a suggestion that,

“media being the fourth pillar of democracy, news should be clear after verifying the facts so that no prejudice is caused to anyone or hatred is spread among communities in this country.”

Court refused to quash the order issue dby Delhi Police, wherein “arrests of some Hindu youth had led to a degree of resentment among the Hindu community” and therefore, subordinate officers should take due care and precaution while arresting any person.

Petitioners were aggrieved by the issuance of the respondent 4’s order to the investigating officers and teams while the investigation pertaining to the carnage that took place in North East Delhi was still underway.

Indian Express had reported the said order by an Article titled —

Article pertained to the ongoing investigation, arrests and prosecution by the Delhi Police in cases relating to the carnage in North East Delhi and inter-alia reports that order dated 08-07-2020 addressed to subordinate officers heading probe teams and signed by respondent 4 cites an “intelligence input” about the riot-related arrests of “some Hindu youth from Chand Bagh and Khajuri Khas areas of Northeast Delhi” and goes on to state that arrests of “some Hindu youth” has led to a “degree of resentment among the Hindu community”.

The Order proceeds to direct that “due care and precaution” must be taken while making such arrests.

Adding to the above, it states that “community representatives are alleging that these arrests are made without any evidence and are even insinuating that such arrests are being made for some personal reasons.”

The order goes on to name two Muslim men and states: “In the same area, resentment among Hindu community is also reported for alleged police inaction” against the two, “who are alleged to have been involved in mobilizing members of the Muslim community during Delhi riots and anti-CAA protests”.

It has also been stated that direct message has been conveyed to the subordinate officer that due care be taken in case of arresting the Hindu People and no precaution may be taken while arresting the Muslim people.

High court while parting with the decision made it clear that the IOs of the cases shall be dealing in accordance with the law and shall not take into consideration instructions vide order dated 08-07-2020, whereby it was stated that the evidences must be discussed with Special PPs assigned to each case

While issuing any instructions especially in such type of situation, the respondents shall take due care, however, in any eventuality, instructions may be issued within the powers mentioned under Section 36 CrPC.

Bench also noted that the electronic/print media has published some news which was against the letter and spirit of the Order dated 08-07-2020 issued by respondent 4.

Further, the Court also noted that 535 Hindus and 513 Muslims have been charge-sheeted in all cases. Thus, no prejudice has been caused pursuant to letter dated 08.07.2020

Hence, the Court suggested that media being the fourth pillar of democracy, news should be clear after verifying the facts so that no prejudice is caused to anyone or hatred is spread among communities in this country.

Investigating authorities must not create any bias on the basis of any instruction issued by the senior officers which are not recognized under any law.

Personal information to be removed while giving out names of persons in reply to an application under S. 8(1)(j) of RTI Act

When can a High Court invoke its power in granting writ of habeas corpus in child custody matters? All HC lays down scope and ambit of Writ of Habeas Corpus 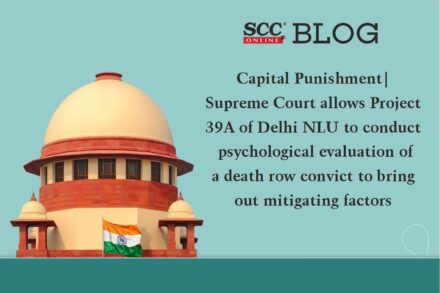