Allahabad High Court: A Division Bench of Ramesh Sinha and Dinesh Kumar Singh-I, JJ. allowed the appeal filed by a couple accused of murder, against the trial court’s order sentencing them to death for the said offence; and set aside the death reference made by the trial court.

In the present case, the appellant along with his wife Shakila was accused of murdering his two brothers-in-law and mother-in-law by hacking their neck, in a factory where he was a watchman. Charges were made out against the appellant and his wife under Sections 302, 34 and 201 of the Penal Code, 1860. The trial court convicted them on the basis that only appellant had access to the building as he lived inside it, and account of a child witness aged 6 years (son of the deceased lady) was taken into consideration.

Learned counsel for the appellant argued that the child witness’ testimony could not be taken into consideration as he had deposed that he was wrapped in a blanket and thrown in another room by his sister Shakila. The child’s presence at the crime scene could not be confirmed as had he been present over there, he too would have been killed by the accused-appellant but that was not the case. Moreover, the panchayatnama of three deceased was conducted as of unknown persons and had the child witness been present at the place of occurrence then definitely he would have disclosed the two male deceased to be his real brothers and female to be his mother. Also, it could not be said that the factory in which the appellant was a guard and where he was living along with his wife, was in his exclusive possession and not accessible to anyone else because one of the keys of the factory was with the owner of the factory. Therefore, the factory was accessible to others as well.

On the other hand, learned Additional Government Advocate submitted that accused-appellant has bad antecedents as he was already convicted and sentenced by the trial court for murdering his earlier wife. He had absconded from Lucknow jail and was living in Kanpur while working in the said factory as Chaukidar. He had enticed the daughter of deceased lady and when Shakila’s brothers along with their mother came to take her away from accused, a quarrel took place between the parties and Shakila’s mother and two brothers were murdered by accused. Shakila’s younger brother was an eye witness of the incident and had deposed that he saw the accused killing the three deceased with knife and his sister Shakila was facilitating in the crime.

The Court noted the aforestated facts and arguments and opined as below:

It was observed that the Investigating Officer had failed to show the place of occurrence and the place from where the child witness was witnessing the incident as the incident had taken place in two parts – body of mother of child witness was found on the second floor of the factory whereas the dead body of his two deceased brothers, was found on the first floor of factory. It was observed that it was highly doubtful that the child, who had stated that he was wrapped and thrown in a room by his sister, could not have seen the murder of the two deceased which had taken place on the first floor. Thus, his evidence could not be said to be wholly reliable for the conviction and sentence of two appellants.

The Court relied on Digamber Vaishnav v. State of Chhattisgarh, (2019) 4 SCC 522 where the Supreme Court while discussing Section 118 of the Evidence Act, 1872 held that “evidence of a child witness must be evaluated carefully as the child may be swayed by what others tell him and he is an easy prey to tutoring. Therefore, the evidence of a child witness must find adequate corroboration before it can be relied upon.”

It was opined that the prosecution admitted that one key of the factory was with accused and another key was with the owner of the factory. Hence, the presumption under Section 106 of the Evidence Act could not be drawn against the accused as he was not in his exclusive possession of the factory.

Proof beyond a reasonable doubt versus suspicion:

Further, the Court opined that it may not be possible that two deceased men aged about 25 years and 35 years and the deceased lady aged about 55 years could have been overpowered and killed single-handedly in such a gruesome manner by the accused who was just aged about 45 years. The possibility of the incident having occurred in some other manner by more persons could not be completely ruled out. It was noted that suspicion, howsoever strong, could not take the place of proof. Reliance in this regard was placed on Sujit Biswas v. State of Assam, (2013) 12 SCC 406 where the Court examined the distinction between ‘proof beyond reasonable doubt’ and ‘suspicion’.

Establishing guilt on the basis of circumstantial evidence:

Lastly, the Court relied on Digamber Vaishnav case and opined that in criminal cases where guilt of the accused is sought to be established on the basis of circumstantial evidence, “if two views are possible on evidence adduced in the case – one binding to the guilt of the accused and the other is to his innocence, the view which is favourable to the accused, should be adopted.”

In view of the above, the conviction and sentence of both the appellants by the trial court was set aside, and they were directed to be released from jail forthwith unless otherwise wanted in any other case.[Rashid v. State of Uttar Pradesh, 2019 SCC OnLine All 2228, decided on 16-05-2019] 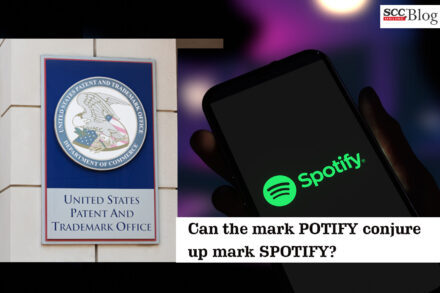 Del HC | What is the scope of Court’s jurisdiction while examining application under S. 8, Arbitration and Conciliation Act. What is effect of ‘Chalk & Cheese’ case of non-arbitrability? HC examines in “Hero” electric bikes dispute

“Even in a pandemic, the Constitution cannot be forgotten”- In a split decision, SCOTUS upholds First Amendment guarantee of religious liberty and bars restrictions on religious services in New York