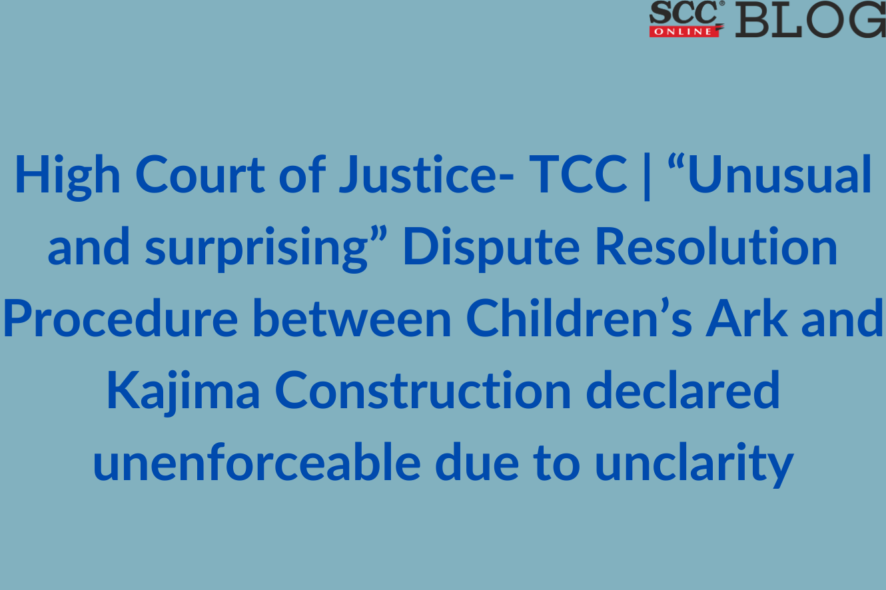 The High Court of Justice (Technology and Construction Court): While deciding the instant matter revolving around the Dispute Resolution Procedure (DRP) in a construction contract between the parties; the Bench of Justice Joanna Smith, DBE, termed the DRP in question to be “unusual and surprising” and observed that the Procedure did not include a sufficiently defined mutual obligation upon the parties in respect to referral of their dispute to the Liaison Committee and the ensuing process, thus, creating an obvious difficulty in determining whether either Children’s Ark Partnership or Kajima Construction had acted in breach.

The Facts of the Case: In June 2004, Children’s Ark Partnership (CAP) entered into an agreement with Sussex University Hospital NHS Trust (Trust) to design, build and finance the redevelopment of the Royal Alexandra Hospital for Sick Children. Subsequently, CAP and Kajima Construction entered into a “construction contract” whereby which Kajima was appointed to design, construct and commission the afore-stated hospital.

In September 2018, concerns around cladding and fire-stopping issues were notified to Kajima Construction, which agreed to carry out remedial works at its own cost on a without prejudice basis. The project commenced in December 2018 but had to be sequenced over a long period of time in order to minimize disruption at the Hospital. The parties agreed to a Standstill Agreement dated 29-03-2019, which was subsequently varied on four occasions to protect their mutual positions. The provisions of the standstill agreement made clear that it did not preclude steps being taken under the DRP in the construction contract.

On 30-11-2021, Kajima Construction informed CAP that since its remedial works had now been largely completed, thus it has reasonably met all possible liabilities that could arise from the design and construction of the Hospital and that therefore, it no longer wished to extend the standstill period. However, the Trust informed CAP that the finished work contained “certain design and/or construction defects”.

Relevant Clauses of the Construction Contract

Observations: Upon perusal of the facts, contractual terms, relevant law, contentions by the parties and especially the precedents on arbitration, the Court observed that the precedents have not distinguished between mandatory obligations and conditions precedent for the purposes of deciding whether to enforce dispute resolution clauses prior to the commencement of litigation in court. It was noted that DRP, in so far as it concerns the requirement to refer disputes to the Liaison Committee can be properly interpreted as a condition precedent to the commencement of litigation.

As regards the DRP and its enforceability, the Court noted that in order to be enforceable, the Dispute Resolution Procedure aka DRP should be “sufficiently clear and certain by reference to objective criteria…“. However, Construction Contract, when read the Project Agreement, does not comply with the requirement of clarity. The Court reasoned that’

The Court also observed that the case gives rise to a novel point concerning the expiry of the limitation period, which arises only in the context of the exercise of the court’s discretion. However, in light of DRP’s lack of enforceability, Civil Procedure Rule 11(1) is not engaged. Thus, it is not an appropriate case for the intervention of the Court.

Sikk HC | Unwelcome “sexual advances” by a Teacher; Person using criminal force upon a woman with intention or knowledge that her modesty would be outraged should be punished 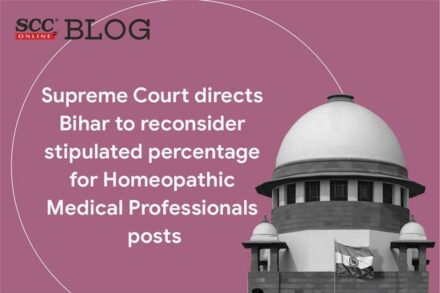