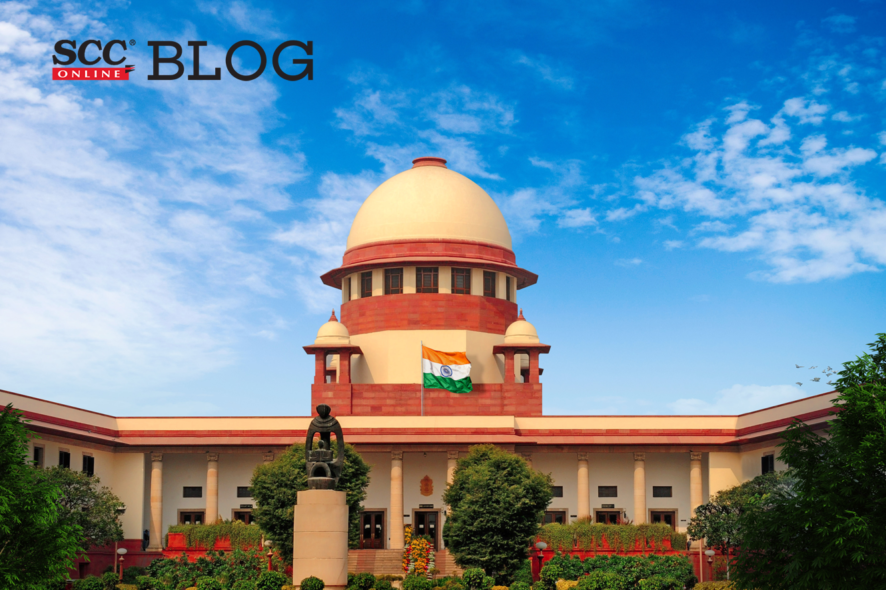 Supreme Court: In a Special leave petition under Article 136 of the Constitution against a judgment passed by the High Court of Karnataka, wherein the court set aside the election of the appellant to the Mysore Municipal Corporation as Councillor, the full bench of Uday Umesh Lalit, CJ., Indira Banerjee* and Ajay Rastogi, JJ. has affirmed the setting aside of the election of the appellant and observed that the non-disclosure of assets would amount to ‘corrupt practices’, entailing disqualification, as evident from Sections 35 and 39(ii) of the Karnataka Municipal Corporations (KMC) Act, read with Section 123(2) of the Representation of People (RP) Act 1951.

In the present case, the appellant in 2018 filed her nomination for election to the Mysore Municipal Corporation, as Councillor which was reserved for Backward Class-B (Women), along with a declaration by way of an affidavit, furnishing details of the movable and immovable properties held by her as well as her spouse and dependents (Affidavit of Assets). After the elections the appellant was declared as successfully elected Councillor. One of the respondents-an unsuccessful candidate filed an Election Petition under Sections 33 and 34 of the KMC Act, 1976 alleging that the appellant in her Affidavit of Assets, falsely declared that her husband did not possess any immovable property, and that by giving such false declaration, the Appellant had indulged in corrupt practices to get the benefit of reservation under the Category of Backward Class- B.

The Court found on facts that the candidate concerned did not have any subsisting contracts with the State Government, but with entities under the control of the State Government. Thus, the Court held that “the State Government was different from legal or other authorities under its control”. Placing reliance on the ruling in Jyoti Basu v. Debi Ghosal, (1982) 1 SCC 691, wherein the Court held that “except in accordance with Statute, there is no right to elect, be elected or to dispute an election, as approved and reiterated in Shrikant v. Vasantrao, (2006) 2 SCC 682 is well settled”. Thus, it was observed that “an election petition is indisputably a statutory proceeding governed by the statute under which it is filed, or the Statutory Rules framed under that statute”.

Placing reliance on the ruling in Union of India v. Assn. for Democratic Reforms, (2002) 5 SCC 294, the Court rejected the argument of the appellant that the State Election Commission did not have the power to issue the Notifications dated 14.07.2003 and 19.06.2018, making it mandatory for candidates to file affidavits disclosing the assets of their spouses, since there was no such requirement in the KMC Act. Further, it took note of the decision in Krishnamoorthy v. Sivakumar, (2015) 3 SCC 467, wherein the Court upheld a notification of the Tamil Nadu State Election Commission requiring that every candidate contesting elections to a local body, should disclose whether there was any criminal case pending against him.

Moreover, the Court observed that the appellant is estopped from questioning the validity of the notifications or the power of the State Election Commission to issue the same, as these notifications have never been questioned by her, rather, she accepted the notifications as binding on her, and accordingly filed an affidavit.

Moreover, the Court observed that the question of, whether the Election Commission had power to issue directions to the candidates to file affidavits disclosing the assets of their spouses, in the absence of any specific provision under the KMC Act or the Rules framed thereunder is no longer res integra., as it is squarely covered by the law laid down in Union of India v. Association for Democratic Reforms and Ors. , wherein the Court has directed the Election Commission to secure to voters, inter alia, information pertaining to assets not only of the candidates but also of their spouse and dependents.

The Court also observed that the notification dated 14. 07.2003 was issued pursuant to the judgment in Association for Democratic Reforms (supra), where this Court held that “the Constitution has made comprehensive provision under Article 324 to take care of surprise situations and it operates in areas left unoccupied by legislation.”

Moreover, the Court observed that in Association for Democratic Reforms (supra) and in Lok Prahari (supra) it was held that for effective exercise of his fundamental right under Article 19(1) (a), the voter is entitled to have all relevant information about candidates at an election which would include criminal antecedents of the candidate, his/her assets and liabilities, educational qualifications, etc. Further, amendment of the KMC Act is exclusively within the domain of the Karnataka State Legislature. However, by placing reliance on the decision in Association for Democratic Reforms (supra), the Court held that “there is no legal or normative impediment for the State Election Commission to issue directions requiring disclosure of assets of the candidate, his/her spouse and dependent associates by way of affidavit“. Thus, by issuing the notification dated 14.07.2003, the Election Commission has not encroached into the legislative domain of the Karnataka State legislature.

The Court also observed that India is a quasi-federal State and while the division of powers between the Union Government and the State Governments is an essential feature of federalism, however, in matters of national importance, without disturbing the division of powers, a uniform policy is essential in the interest of all the states. Further, it was observed that the Election Commission must act within the four corners of law made by the legislature, and held that in the present case the Election Commission has issued the notification dated 14.07.2003 within the contours of law.

Further, the Court viewed that Purity of election at all levels is a matter of national importance in which a uniform policy is desirable in the interest of all the States. A hyper technical view of the omission to incorporate any specific provision in the KMC Election Rules, like the 1961 Rules, expressly requiring disclosure of assets, to condone dishonesty and corrupt practice would be against the spirit of the Constitution and public interest. Thus, the Court found no grounds to set aside the impugned judgment of the High Court affirming the setting aside of the election of the appellant.

Madras HC | “Regulation and monitoring of online gambling is the need of the hour, T.N. Govt. must pass suitable legislation to control such online gaming through license”