Jammu and Kashmir and Ladakh High Court: While deciding the instant petition wherein the issue was that whether the change of user (misuse of a building from residential to commercial or vice versa) in violation of the permitted land use as per the master plan for an area to which the Jammu and Kashmir Control of Building Operations Act, 1988 applies, would fall within the ambit of unauthorized ‘erection or re-erection' as contemplated under Section 7 read with Section 8 of the afore-stated 1988 Act; the Division Bench of Wasim Sadiq Nargal and Tashi Rabstan, JJ., observed that in a democratic polity governed by the rule of law, the State by no stretch of imagination, can deprive a citizen of his/her property without the sanction of law, besides complying with the procedure envisaged in the statutory provision.

Facts and Contentions: The petitioners were aggrieved with the sealing of their property, for which a notice was issued as per the provisions of Jammu and Kashmir Control of Building Operations Act, 1988. However, the petitioners alleged that no such notice was ever served to them before their properties were sealed.

The counsel for the petitioners contended that no notice was served upon them, and their properties were sealed without affording them any chance of being heard, which in turn violated the principles of natural justice. It was also submitted that the respondents did not apply their mind and verified the ground reality concerning the petitioners' property while issuing the impugned notice.

Decision: With the afore-stated observations, the Court held that neither the respondents specified any reasons regarding commercial activity being carried by the petitioners nor they have specified the reason that how the petitioners have put the building for commercial use. There is no whisper in the impugned notice about any erection, re-erection or work of premises in which such erection, re-erection; and the notice was issued without any application of mind.

The Court thus quashed the impugned sealing notice issued under the provisions of Jammu and Kashmir Control of Building Operations Act, 1988 and directed the respondents to de-seal the properties.

Rohit Kohli, Advocate, for the Petitioners;

Smriti Irani and her daughters are not the owners of Goa Restaurant; Delhi High Court grants ad interim injunction against Pawan Khera and others 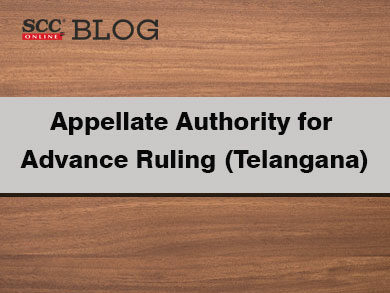