Justice Jitendra Kumar Maheshwari, now elevated as a Judge of the Supreme Court of India on August 31, 2021, was born on June 29, 1961 in a small town Joura, District Morena (M.P.). He graduated in Arts in 1982 and passed LL.B. in 1985 and completed LL.M in 1991. He got himself enrolled as an Advocate with the State Bar Council of Madhya Pradesh on November 22, 1985 and practiced in Civil, Criminal, Constitutional, Service and Tax matters. He was the elected member of the M.P. State Bar Council.

He is known for his humble nature and diligent attitude. In his farewell speech from the Andhra Pradesh High Court he got very emotional and gave all the credits to his counterparts, colleagues and staff. He in his speech with utmost humility stated that ” I have done nothing, in fact the credit has come to me by those who deserve credit”.2

Let’s take a look at his notable judgments:

It was held that if a person is acquitted giving him the benefit of doubt, from the charge of an offence involving moral turpitude or because the witnesses turned hostile, it would not automatically entitle him for the employment, that too in disciplined force. The employer is having a right to consider his candidature in terms of the circulars issued by the Screening Committee. The mere disclosure of the offences alleged and the result of the trial is not sufficient. In the said situation, the employer cannot be compelled to give appointment to the candidate. Both the Single Bench and the Division Bench of the High Court have not considered the said legal position.

The High Court, while convicting the appellant by the impugned judgment [Rajesh v. State of M.P., 2020 SCC OnLine MP 4590], had merely observed that because the accused were prized goons and were absconding and as per the deposition, it could not be said that Appellant 2 was not involved because he was arrested on the spot and taken to police station. In this regard, the Court observed that the prosecution was required to prove its case beyond reasonable doubt and the conviction cannot be based merely on the basis of presumption to rule out the presence of accused.

The Appellant was the Editor of Karavali Munjavu Newspaper. On or about 27-10- 2017, a news report was published in the Newspaper, Karavali Munjavu, regarding the sexual harassment of a 16 year old girl. The victim was named in the said report. The Court reiterated that  the entire object of provisions such as Section 228A of the IPC, 327(2) of the Cr.P.C., Section 74 of the JJ Act and Section 23 of POCSO is to prevent disclosure of the identity of the victim. The identity of the victim should not be discernible from any matter published in the media. Appeal was partly allowed.

Division Bench comprising of Indira Banerjee and J.K. Maheshwari, JJ. held that once an Arbitral Tribunal is constituted, the court would not take up for consideration and apply its mind to an application for an interim measure, unless the remedy of applying to the arbitral tribunal for interim relief is inefficacious. However, this bar does not operate where already the application has been taken up for consideration and the court has applied its mind.

The Division Bench comprising of Indira Banerjee and J.K. Maheshwari, JJ., held that although to protect future generations and to ensure sustainable development, it is imperative that pollution laws be strictly enforced, were the adverse consequences of denial of ex post facto approval of Environment Clearance outweigh the consequences of regularization of operations by grant of ex post facto approval, and the establishment concerned otherwise conforms to the requisite pollution norms, ex post facto approval should be given in accordance with law, in strict conformity with the applicable Rules, Regulations and/or Notifications.

In a case relating to Corporate Insolvency, the Division Bench comprising of Indira Banerjee and J.K. Maheshwari, JJ., quashed the order of NCLAT rejecting the application under S. 60(5) of IBC. The Bench held that the NCLAT and NCLT had failed to consider the law laid down by the Court with regard to extension of limitation period due to Covid-19 pandemic.

It was held that Appointment of a person accused in a criminal case was rightly rejected by appointing authority.

A Division Bench of J.K. Maheshwari and Anjuli Palo, JJ. partly allowed a criminal petition filed by a person accused of rape and murder of his minor daughter, and commuted his death penalty to life imprisonment. The Court drew a balance sheet of aggravating and mitigating circumstances to determine if the death penalty was adequate punishment. Aggravating circumstances: (i) extremely brutal, diabolic and cruel act; (ii) victim being six years was a minor and helpless; (iii) no provocation because the accused was in a dominating position; (iv) injuries were grievous with respect to sexual assault particularly in a case where the victim was the daughter of the appellant. Mitigating circumstances: (i) it was a case of circumstantial evidence; (ii) no evidence that the accused had the propensity of committing further crimes causing continuous threat to the society; (iii) no evidence to show that the accused could not be reformed or rehabilitated; (iv) other punishment options were open; (v) accused was not a professional killer or offender having any criminal antecedent; (vi) accused being a major having family with him, the possibility of reformation could not be ruled out.

Did you know? During his tenure as the first Chief Justice of the newly formed Andhra Pradesh High Court, Justice Maheshwari too steps for the Establishment of Gram Nyayalayas at various stations in the State of Andhra Pradesh. He also disposed more than 4500 cases during the short span of 15 months4.

A Division Bench of Jitendra Kumar Maheshwari, CJ and Lalitha Kanneganti, J., addressed certain PILs that were filed in regard to the LG Polymers poisonous gas leakage incident.

Petition was filed seeking direction or any appropriate writ calling for records relating to leakage of poisonous gas from LG Polymers factory at Visakhapatnam and further directing respondents to save lives of people in around the factory by providing necessary medical facilities.

A Division Bench of Jitendra Kumar Maheshwari, CJ and M. Satyanarayana Murthy, J. addressed a Public Interest Litigation with regard to non-cooperation of staff at ASRAM Medical College, Eluru due to non-availability of WHO-approved Personal Protection Equipment.

The Division Bench of Jitendra Kumar Maheshwari and C. Praveen Kumar, JJ., had issued contempt notices to as many as 49 persons which include several law makers. The Court was taking suo motu cognizance of the alleged contemptuous speeches/interviews/postings by these 49 persons against some Judges of the Supreme Court, Judges of the High Court and the High Court itself.

Considering the above Court issued Rule Nisi to the respondents/contemnors, who can be identified from the posts.

J.K. Maheshwari, CJ while providing an ad interim relief directed the State Authorities to permit vehicles transporting fishes and shrimps and include the same under the category of “essential supplies”.

Division Bench of J.K. Maheshwari, CJ and M. Satyanarayana Murthy, J. issued interim measures considering certain aspects in view of the nationwide lockdown due to the outbreak of COVID-19 pandemic.

A Division Bench of J.K. Maheshwari, CJ and B. Krishna Mohan, J., addressed a Public Interest Litigation wherein a direction was sought to declare the proclamation, attempt or conduct of Andhra Pradesh State Election Commission in not conducting any election/poll for any post where there is only a single candidate in the fray for such post in any constituency, during the ensuing elections to be held for the members of local governing bodies in lieu of notifications and thereby depriving the electors' of their right to vote in the form of NOTA against such single candidate.

The Court observed that in the facts of the case the ambit and scope of the workplace as specified in Section 2(o) of the Act can be decided after appreciation of the evidence brought before ICC, as considered by Single Bench. The Court opined that observation of Single Judge referring to Section 2(o) of the Act i.e. ‘workplace' its ambit and scope is not proper in particularly when the same question is permitted to be decided by the Executive Authority.

Therefore, the Court held that the finding on the point of jurisdiction explaining the definition of ‘workplace' was an inclusive one, stands set aside to such extent and the liberty is granted to the appellant to raise the said question before the Executive Authority who shall decide the same in accordance with the law.

Jitendra Kumar Maheshwari, CJ, allowed the writ petitions which were arising out of the Order passed on 12-11-2019 in different suits allowing the application filed by the defendant under Order VIII Rule 1A (3) of the Code of Civil Procedure, 1908. The Court allowing all the petitions held that merely by denial of the plaintiffs to the document having transaction with other persons by late Lakey Sherpa cannot be relevant to the merit of the present case setting aside the order passed by the Trial Court.

Discharge of Effluents by Pharma Companies, In re, 2021 SCC OnLine Sikk 101

The Division Bench of Jitendra Kumar Maheshwari and Meenakshi Madan Rai, JJ., heard a Public Interest Litigation relating to the issue of extraction of the groundwater through sufficient surface water was available in the State. The Court went on to find that the Central Ground Water Board and its Authorities had not specified reason for granting no objection for extracting the ground water and without such reason conditional permissions were granted. The Court stated that this type of functioning of the authority could not be appreciated.

The Division Bench of Jitendra Kumar Maheshwari, CJ. and Meenakshi Madan Rai, J., dismissed a criminal leave petition noting that the prosecutrix being deaf and dumb who was not able to answer answer any of the questions as put forth to her and her evidence cannot be taken as an evidence of an eye witness.

J.K. Maheshwari, CJ, dismissed a petition considering it to be bereft of merit which had sought to continue on the post of Civil Judge-cum-Judicial Magistrate as he had been acquitted of the charge levelled against him under Section 468 of the IPC. The Court while considering the fact, that the resolution in question has not been challenged either on the basis of mala fide or on extraneous considerations or irrationality of the findings, therefore in the absence of the same considered interfering in it, unwarranted.

† Suchita Shukla, Editorial Assistant has put this report together 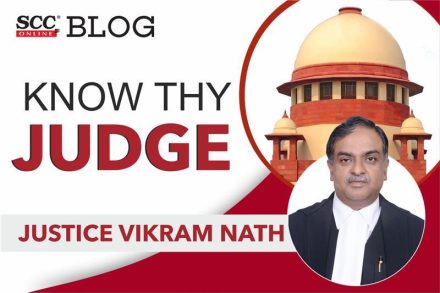 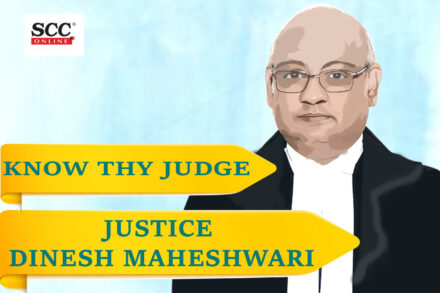 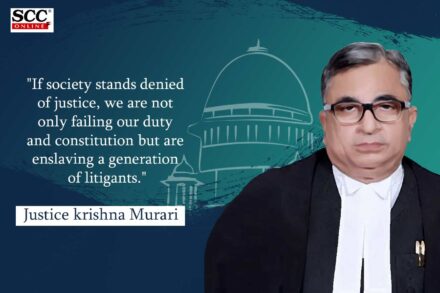