The Insolvency and Bankruptcy Code, 2016 came as a ray of hope amidst the deteriorating condition of the recovery mechanisms available to the creditors in the Indian market. Recovery rates had sunk to new lows, and the need to hit the refresh button to reset the entire system was paramount. 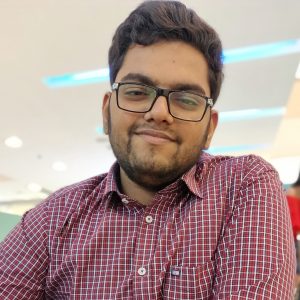 The intent behind any legislation can be truly brought from the Preamble, something that the entire text of the legislation follows. The Preamble of the Insolvency and Bankruptcy Code envisages it as an Act which will primarily look into the aspects of consolidation and updating of the numerous laws regarding insolvency and resolution of the same for corporate entities, partnership firms and individuals as well. It has to be carried out within strictly defined time-frames, so that the value of the assets is maximised. All of this is done to promote the entrepreneurial ventures and to equitably serve the interest of the various stakeholders.

The point that has to be kept in mind is that the Preamble explicitly mentions of the maximising of the value of the assets. Over the course of this article, an evaluation has been attempted regarding whether the provisions in the Code dealing with the aspect of the valuation of assets have stayed true to what was first mentioned in the Preamble of the Act.

The primary foundation towards the valuation of assets is laid down as soon as with the appointment of Valuer. Valuer stands for a registered valuer, who can be a resolution professional as well. They are tasked with putting a monetary value on the debtor’s properties, securities, other assets and liabilities as well.

However, our primary concern here is the aspect of valuation of assets. To understand this part of the liquidation process, it is essential to have a thorough understanding of how the value is to be estimated and certain other related concepts.

Under Section 247 of the Companies Act, 2013, the Ministry of Corporate Affairs has notified Companies (Registered Valuers and Valuation) Rules, 2017. The valuation standards are to be set up in accordance with Rule 18 of the aforementioned Rules. These standards are notified by the committee as constituted under Rule 19. As of now, the standards issued by Institute of Chartered Accountants of India (ICAI) in its 375th meeting are said to be in force in India.

This system of valuation speaks of valuation bases, approaches, scope of work, reporting, business valuation, intangible assets and financial instruments. These standards are aimed at bringing uniformity in the system, so as due to anarchy, one valuer is leaps and bounds ahead in giving a monetary value to the same asset as opposed to another valuer.

However, by establishing valuation standards, sometimes the motive of “value maximisation” takes a back seat as the valuation standards are not one dimensional in approach. They also take the interest of the buyer into account and are justified in doing so as well. But an argument can be made to make the entire standards lean in favour of the debtor, as the standards being followed are domestic in nature, and the domestic agency should prioritise the notion of keeping the standards in such a manner that they encourage the continuation in one form or the other to help the growing economy of the country.

Sale of Assets under the Code

The Act in itself does not shed much light upon how assets can be sold by the liquidator. However, to clarify the same, the Board, in Insolvency and Bankruptcy Board of India (Liquidation Process) Regulations, 2016, has laid down the manner in which the assets can be sold.

The Regulations provide with two methods in which the sale of assets can be carried about. The primary methods under Regulation 33 read with Schedule I is by the way of an open online bidding process. However, in special circumstances, such as in the case of perishable goods, the sale can be made by the way of a private sale as well, when it is understood that private sale will be more beneficial in realising the maximum value of the assets.

Apart from the legislative input, certain principles laid down by the judiciary are also safeguarding the interest of the buyers and sellers as well. In Gordhan Das Chuni Lal Dakuwala v. T. Sriman Kanthimathinatha Pillai[3], the Court held that when the property is sold by a private contract, then it is the duty of the court to satisfy itself that the price offered is the best that could be offered, because, the court is the custodian of the interest of the company.

In TCI Distribution Centres Ltd. v. Official Liquidator,[4] the Court held that the liquidator should not keep any information to himself, and shall convey any information he has regarding nature, description, extent of property, non-availability of title deeds, etc.

Regulation 36 mandates that a liquidator has to prepare an asset sale report as a part of the progress reports. This regulation also spells out the contents of the asset sale report, however, the list is merely indicative, further details regarding the sale can be furnished in the report, what the liquidator feels may be of relevance.

The following details are a mandatory part of the asset sale report, as per the ambit of Regulation 36:

(a) the realised value;

(b) cost of realisation, if any;

(c) the manner and mode of sale;

(d) if the value realised is less than the value in the asset memorandum, the reasons for the same; and

However, the Code and the accompanying Regulations are silent on the purpose of this report. It might lead one to think that this report is a mere formality. Another reasonable presumption which can be drawn from the fact that it is to be enclosed with the progress report is that the function of this report is to make the entities concerned aware of the situation of the assets during the liquidation process.

To achieve the elusive dream of “value maximisation”, the Code and the supplementary Regulations have laid down various provisions, such as the idea of private sale. Private sale has been allowed by the Code and the Regulations in certain cases. For example, in case the assets are of a perishable nature, or, the value of the assets will diminish with the passage of time, in such situation, a departure from the online bidding process, in the form of a private sale is allowed.

On a second look and on reading between the lines, one can easily infer that the kind of sale mentioned above is set to serve the primary purpose of “value maximisation”. Allowing the sale of the assets as a whole, or in parts, or even as a going concern is also based on the same narrative.

Hence, the Code has indeed made an effort to stick to the principle of “value maximisation”, as given in the Preamble. However, certain changes can be brought about in the legal framework of insolvency and bankruptcy in India to give a better justification to the aforementioned principle of the Preamble.

During the sale of assets by the way of online bidding, an average of the value estimated by the registered valuers is taken as the base price. Instead of the average value, there is no harm in taking the base price as the fair value of the asset. This is due to the fact that there already are provisions which provide for reduction in base price in case the bidding process fails. Hence, starting from a higher base can actually fetch a higher price to the assets.

Also, if the non-disclosure of the highest bid is made the go-to format during an online bidding process, instead of it being used in exceptional circumstances, the uncertainity amongst the bidders can lead to a higher bid, and serve the principle of asset maximisation better.

Lastly, another reform which can have a positive impact on the aspiration of “value maximisation” is by introducing strict timelines with respect to Section 52 of the Code. Section 52 provides for a choice to the secured creditor as to either enforce his secured interest or to relinquish it and get his money’s worth through the liquidation process. The Code does not provide for the time within which this choice has to be made. It might happen that the asset on which the interest of the secured creditor lies is the kind that diminishes in value with the passage of time.

If the secured creditor informs of his choice to the liquidator weeks after the liquidation process has begun and by that time, a substantial value of the asset has evaporated, the Preamble of the Code will not be satisfied. Hence, the provision should be amended to include a strict timeline within which such choice is to be made, and also, a presumption that the creditor has relinquished his interest in case he fails to convey his choice.

[5]  Regn. 36, Insolvency and Bankruptcy Board of India (Liquidation Process) Regulations, 2016. 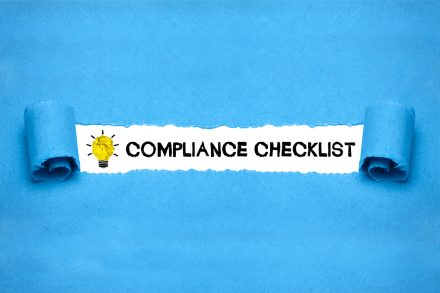 Compliance checklist for issue of shares on rights basis 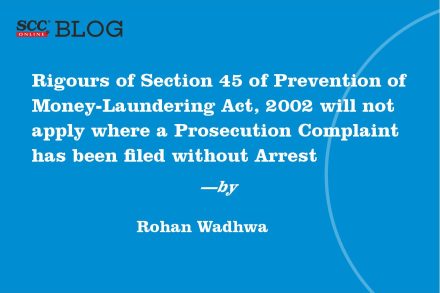 Rigours of Section 45 of Prevention of Money-Laundering Act, 2002 will not apply where a Prosecution Complaint has been filed without Arrest 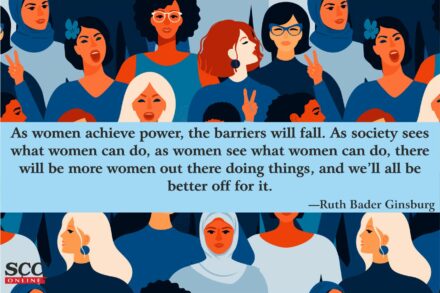 She Came, She Saw and She Conquered – The Women’s Day Origin Story