On 1st October 2022, minimum wage rates in Ontario will also be raised for the following workers: 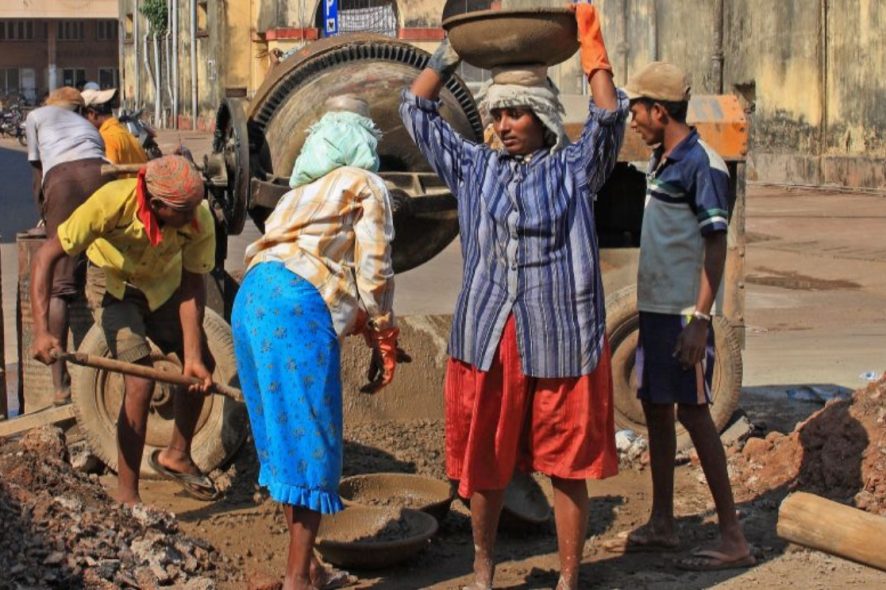 The Government of Madhya Pradesh has revised the minimum rate of wages with effect from 1st October, 2021 vide notification dated October 01, 2021 as under: 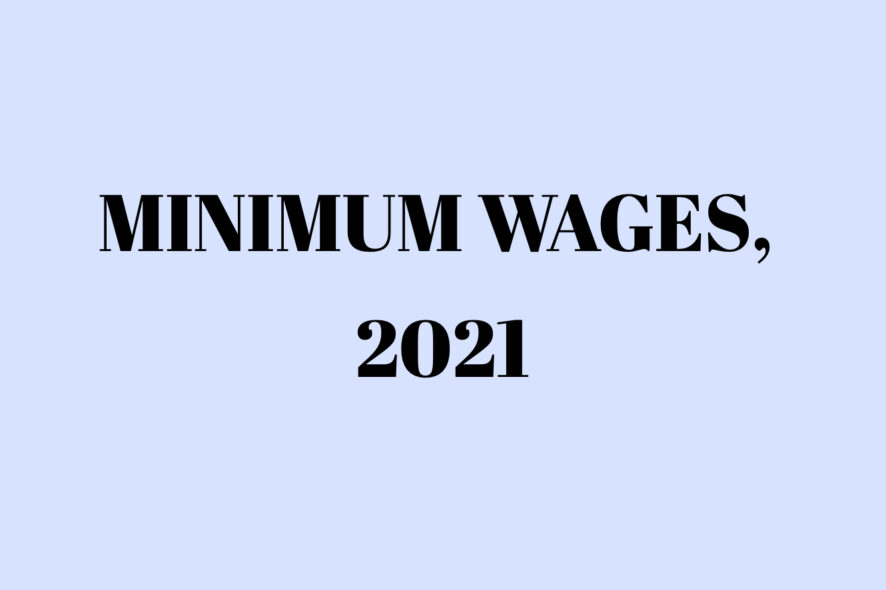 The Government of Uttarakhand has revised the minimum rate of wages for shops & establishment with effect from October 1, 2021, till March 31, 2022, vide notification dated October 12, 2021, as under: The Government of Gujarat has issued the Code on Wages (Gujarat) Rules, 2021 vide notification dated October 5, 2021.

Key provisions under the Rules are:

Andhra Pradesh High Court: Opining that, a Math, which is a separate institution rendering certain religious and other functions pertaining to a particular denomination is different from a temple which is open to all for worship, D.V.S.S. Somayajulu, J., held that,

Minimum Wages Act, 1948 will not be applicable to the Math.

Instant petition was filed by the petitioner – Math to seek reliefs.

Senior Counsel, C.R. Sridharan, for the petitioner submitted that petition was a Math which is a specific religious denomination.

He added that the petition was filed because the respondent was attempting to interfere with the activities of the Math and directing the petitioner to pay minimum wages, etc. to the persons employed in the Math.

Senior Counsel added that respondent-State does not have the right to interfere with the Management of the math and issue the directions contained in the impugned memos.

Petitioner’s counsel submitted that there is a fundamental distinction between a Math and a temple although both can be called a religious institution.

Government Pleader argued that coming to the issue of wages, the respondents are not insisting upon the payment of the wages, more so, under the Minimum Wages Act, but are essentially trying to ensure that the equal pay for equal work principle as enunciated in the case of State of Punjab v. Jagjit Singh, (2017) 1 SCC 148, is actually followed.

High Court noticed that it is a fact that a “Math” is distinct from a “Temple”.

Temple and Math are both religious institutions, but the purposes for which they are established and the manner in which they function are clearly specified in Section 2(17) of  A.P. Charitable and Hindu Religious Institutions & Endowments Act, 1987 Act.

As per the above-stated Sections, Math is an institution headed by a person whose primary job is to engage himself in teaching, propagation of religious philosophy etc., and impart religious training etc.

On the other hand, Temple is a place, which is dedicated to and keep used as a place of public religious worship.

Hence in view of the above distinction between the two institutions is clear.

Under Section 6 of the Act also, the income or the change in income of the Math cannot lead to a change in the classification of the Math. It is only possible for the institutions and endowments under Section 6(a), 6(b) and 6 (c) of the Act, which are included in this section. If their income exceeds or falls below the stipulated limit, for the three years, their position can be changed, but this is clearly not applicable to a Math.

Whether Commissioner’s power extends to giving the direction to pay Minimum Wage of the Minimum Time Scale?

In Court’s opinion, the general power of superintendence given to the Commissioner does not extend to interfere in the secular activity and was limited in its scope.

Section 8 makes it clear that the superintendence and control includes the power to pass an order to ensure that institution is properly administered and the income is spent for the purpose for which they were found.

Section 8 (1) is to ensure that the funds are spent for the purposes for which they are intended only.

Section 8(2) which starts with a non-obstante clause also talks of exercise of powers ‘conferred’ on him or the functions ‘entitled’ to him by the Act.

No statutory provision has been pointed out by which this particular power to give directions to pay minimum wages etc., is shown to the Court.

Further, Court also added that on the issue that, if Section 8(1) and Section 49 of the Act are read together, the limited powers of the Commissioner become clear. They are limited to the fixing/spending/utilization of the “dittam‟ only. In case of disagreement, the matter has to be referred to a Court for decision (Section 49-Proviso). Similarly, the amendments to Sections 51-53 etc., where the Commissioner has been substituted by the “Dharmika Parishad” also makes it clear that the role of the Commissioner is very limited.

The Minimum Wages Act applies to certain employments (preamble) which are specified as “scheduled employments” Section 2(g). Employments specified in Part-I/II of the Schedule (Section 3). The schedule is silent about employment in a Math.

“…only in cases of misconduct or mismanagement of the properties by the Mahant, it would be permissible for the State to interfere under Section 51 of the Act.”

While reaching the conclusion, Bench expressed that the autonomy given to a Math to maintain and administer its activities also supports the view that the respondents cannot interfere in every activity, in case respondents have such a power to interfere every activity it would run contrary to the constitutional and other guarantees given to the religious denominations to carry their own activities.

Counsel for the Respondents: Government Pleader for Endowments 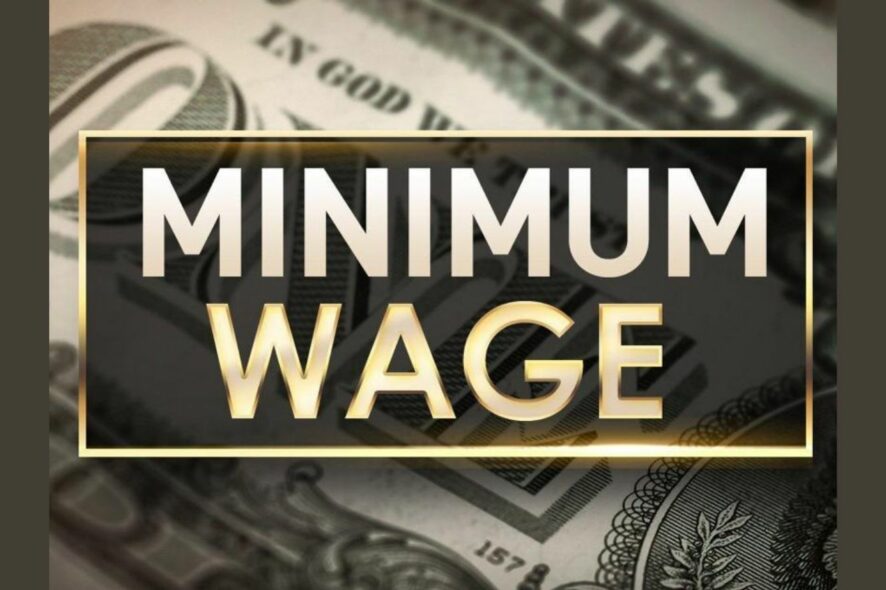 The brief discusses minimum wages of Federal and State Level of USA.

Supreme Court: The 3-judge bench of NV Ramana, SK Kaul and BR Gavai, JJ has refused to direct Central Government and the State Governments to ensure payments of wages/minimum wages to all the migrant workers. It, however, asked the Government to take necessary steps in order to resolve the issues relating to migrant workers.

The Court was hearing the petition seeking direction to the Central Government and the State Government to jointly and severally ensure payments of wages/minimum wages to all the migrant workers within a week. Advocate Prashant Bhushan, appearing for petitioner Harsh Mander, had argued that despite governmental measures, thousands of laborers still lack access to basic amenities. He, further, argued that studies conducted by NGOs indicated that there are several areas where the aid is not reaching to the migrant workers.

Solicitor General Tushar Mehta, on the other hand, filed a status report and submitted that various measures are in place to address the issues concerning the migrant
workers. He further argued that helpline number has been provided to report issues concerning the implementation at the ground level, and that whenever any complaint is received, the authorities are attempting to address the same immediately.

Supreme Court:  The bench headed by CJI SA Bobde has slated for April 13 hearing on a public interest litigation seeking immediate direction for the payment of basic minimum wages to migrant workers, adversely affected by the COVID-19 lockdown.

During the hearing through videoconferencing, the bench said that it received the affidavit filed by the Central government this morning and slated the hearing for April 13.

The petition was filed by social activists Harsh Mander and Anjali Bhardwaj through senior advocate Prashant Bhushan. The Court asked the Bhushan to go through the affidavit in the meantime.

Bhushan told the court that more than four lakh migrant workers are living in shelter homes and are making a mockery of social distancing.

“If they’re kept in the shelter homes, even if one person has coronavirus they will all get infected,”

Adding that many people will die by Monday, Bhushan said,

“They should be allowed to go back to their own homes. Families need money for survival because they are dependant on the wages,”

Solicitor General Tushar Mehta said that the Central government is on the top of this situation and that it is looking into the complaints received. A call center had also been set up to address and resolve issues, he added. Mehta said that the Ministry of Home Affairs is monitoring the helpline daily.

The PIL sought an immediate direction to the Central government for payment of basic minimum wages to migrant workers and said that the lockdown, imposed in a bid to prevent the spread of coronavirus in the country, discriminated among the citizens.

Last week, the bench of L. Negeswara Rao and Deepak Gupta, JJ had issued a notice to the Central government on a petition seeking immediate direction for the payment of basic minimum wages to migrant workers, adversely affected by the COVID-19 lockdown.

Supreme Court:  A bench of L. Negeswara Rao and Deepak Gupta, JJ has issued a notice to the Central government on a petition seeking immediate direction for the payment of basic minimum wages to migrant workers, adversely affected by the COVID-19 lockdown. The bench has sought a response by April 7.

The petition, filed by social activists Harsh Mander and Anjali Bhardwaj, sought an immediate direction to the Central government for payment of basic minimum wages to migrant workers.The plea said that the 21-day lockdown, imposed in a bid to prevent the spread of coronavirus in the country, under the Disaster Management Act discriminated among the citizens.