Supreme Court: In an appeal against the judgment passed by the Delhi High Court regarding a defamation case, the division bench of Uday Umesh Lalit*, CJ. and Bela M. Trivedi, J. held that if the facts so justify, the benefit of an exception to Section 499 of the Penal Code, 1860 (‘IPC’) has been extended, and it is not taken to be a rigid principle that the benefit of exception can only be afforded at the stage of trial. Further, it was reiterated that even though the presumption under Section 7 of the Press and Registration of Books Act, 1867 (‘the Act’) is available regarding the Editor, even a Chief Editor can be proceeded against if the facts so justify.

In this case, a news item titled ‘Mission Misconduct’ was published in the news magazine India Today in 2007, stating that three Indian Officials posted in the Indian High Commission at UK had to be recalled urgently, following serious allegations of sexual misconduct, corruption in issuance of visas and sale of Indian passports to illegal immigrants. The article also mentioned that the allegations were levelled against an officer of the Indian Foreign Service posted in UK for soliciting sexual favours from a local employee and now he is back in India and facing disciplinary action. Thus, a complaint was filed by the said officer against the appellants stating that the article was defamatory and as such the appellants be proceeded against for having committed offences punishable under Sections 34, 120-B, 405, 468, 470, 471, 499, 501 and 502 IPC.

The Court noted that the Delhi High Court has observed in the impugned judgment that “the ingredients of section 499 IPC clearly point out towards the imputation published in any form which also includes newspaper and in case the petitioners (appellants) are seeking the protection of an exception under Section 499 IPC that stage is yet to come, meaning thereby the submissions made by the petitioners are not applicable at this stage”

The Court while answering the question, that whether the benefit of any of the exceptions to Section 499 of the IPC can be availed of and the proceedings can be quashed at the stage when an application moved under Section 482 of the Code is considered, has placed reliance on Jawaharlal Darda v. Manoharrao Ganpatrao Kapsikar, (1998) 4 SCC 112 and Rajendra Kumar Sitaram Pande v. Uttam, (1999) 3 SCC 134 and held that if the facts so justify, the benefit of an exception to Section 499 of the IPC has been extended and it is not taken to be a rigid principle that the benefit of exception can only be afforded at the stage of trial.

One of the appellants submitted that he has been Editor-in-Chief of the news magazine India Today, and the presumption under Section 7 of the Act, 1867 would get attracted in case of an Editor and not with respect to an Editor-in-Chief.

The Court relied on K.M. Mathew v. K.A. Abraham, (2002) 6 SCC 670, wherein it was said that “Section 7 the Act, 1867 is a rebuttable presumption, and it will be deemed sufficient evidence unless the contrary is proved. Therefore, even if a person’s name is printed as editor in the newspaper, he can still show that he was not really the editor and had no control over the selection of the matter that was published in the newspaper” and reiterated that though the presumption under Section 7 is available regarding the Editor, even a Chief Editor can be proceeded against if the facts so justify.

The Court after considering the assertions made in the complaint, found that nothing specific has been attributed to the Editor-in-Chief(appellant), therefore, he cannot be held liable for the acts committed by the author of the article, and whether the author’s act was justified or not would be a question of fact to be gone into only at the stage of trial

Further, again placing reliance on Rajendra Kumar (supra), the Court held that the public servants are not primarily responsible for the article and their responsibility, if at all, is only to the extent that they either reported something touching upon the complaint made by the officer or as public servants have reported something to their seniors. Thus, the Court quashed the complaint against all the appellants and set aside the summoning order, however, it rejected the appeal preferred by the author of the article. 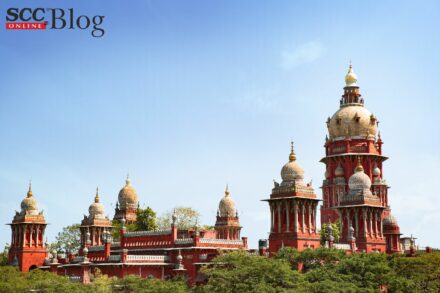 Megh HC | Whether vaccination can at all be made mandatory and whether such mandatory action can adversely affect the right of a citizen to earn his/her livelihood? Court answers