West, Tis Hazari Courts, Delhi: In a case wherein it is alleged that the accused committed the offence punishable under Section 509 of Penal Code, 1860 (IPC), as the accused started hurling abuses in a filthy language and started to quarrel with the complainant, Devanshu Sajlan, J., held that the court cannot presume that the filthy/ abusive language used amounted to insulting the modesty of the complainant and the prosecution was required to prove the same.

An FIR was registered under Section 509 IPC, and post investigation on finding a prima facie case against accused, notice under section 509 IPC was served in terms of section 251 Criminal Procedure Code.

The Court remarked that even if the version of the prosecution is believed to be true, it appears that there was a quarrel between the parties related to leakage of water, which led to use of alleged abusive language by the accused. The alleged abusive language appears to have been made in the context of a quarrel/ fight and there is no evidence on record that the said language was used with any sexual overtones.

Keeping in view, that in criminal law, the burden of proof on the prosecution is that of beyond reasonable doubt, in the present case, the prosecution has failed to prove or bring on record the nature of alleged abuses hurled at the complainant as the only allegation made is that when she visited the accused to complain about leakage of water from AC, “the accused started abusing her in very filthy language and started quarrelling with her, which is not sufficient.

Relying on the definition of “verbal abuse” given in Black’s Law Dictionary (9th edn.), it does not include ‘insults’ within its meaning and cannot be equated with insult to modesty of a woman. The Court observed that it cannot presume that the filthy/ abusive language used amounted to insulting the modesty of the complainant especially when the prosecution has failed to bring on record the nature and wording of insults which were hurled towards the complainant.

The Court held that the prosecution was required to prove the offence under Section 509 IPC beyond reasonable doubt, which the prosecution has failed to do as Apart from the allegation of usage of abusive/ filthy language, there is nothing specific on record which points towards the guilt of the accused.

[Sealed Cover] Bom HC | “Anything that I can see, all parties before me are entitled to see as this is the only method to ensure an open and transparent decision-making process” 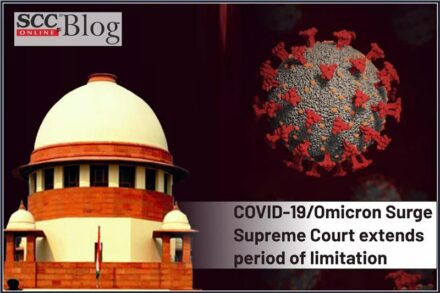