The Court observed that Mukhtar Ansari has reputation of most dreaded criminal and mafia don who had more than 60 cases of heinous offences to his credit, and no one can dispute his credibility of striking terror and fear in the minds and heart of the people including the Government officials. Further, during his incarceration in jail, he had committed several heinous offences including elimination of his political rivals, kidnapping/abduction, usurping private and public properties, amassing wealth and properties from proceeds of crime. Even inside the jail, his people would come to meet him without any hindrance created by any jail staff and the warden opened the gate and allowed the people to meet Mukhtar Ansari, out of his fear and terror.

The Court further observed that the complainant did not have any enmity with Mukhtar Ansari, and it appears that he was trying to enforce rules inside the jail and, therefore, ordered that no visitor should be allowed to meet the prisoners unless permission is granted.

It was also observed that one of the witnesses in his examination-in-chief, had said that Mukhtar Ansari got highly enraged by the fact that the Jailer was not allowing visitors who had come to meet him inside the jail without permission and he took out a revolver from one of the visitors who and extended verbal threats of killing the complainant. However, the said witness was not cross examined on 12.12.2003 when his examination- in- chief took place. Thus, the Court accepted the submission of the complainant that when the said witness was influenced by Mukhtar Ansari, an application came to be filed to recall the said witness, which was allowed by Trial Court, and then the witness to some extent did not support the prosecution case in his cross examination.

The Court placed reliance on the ruling in Dayaram v. State of M.P., (2020) 13 SCC 382, wherein it was held that “even if the witnesses were declared hostile during their cross-examination, their testimony, prior to cross-examination can be relied upon” and further took note of the ruling in Ramesh v. State of Haryana, (2017) 1 SCC 529, wherein it was held that “evidence of a hostile witness cannot be totally rejected but requires its closest scrutiny and portion of evidence which is consistent with the case of the prosecution or defence may be accepted”. Thus, viewed that evidence of a witness who has supported the prosecution case in examination-in-chief does not get effaced or washed off the record altogether and in such a situation, it is the duty of the Court to examine the evidence carefully and find that part of evidence which can be accepted and be acted upon. Thus, there is no legal bar for conviction upon the testimony of hostile witness, given in examination-in-chief, if it is corroborated by other reliable evidence.

The Court observed that Criminal case is built on edifice of evidence which is admissible in Law and referred to the decision in Swaran Singh v. State of Punjab, (2000) 5 SCC 668, wherein the Court observed that “criminal cases can be adjourned again and again till the witness gets tired or gives up. Adjournments are taken till the witness is no more or is tired. This results in miscarriage of justice. The witness is not treated with respect in the Court”.

Placing reliance on the ruling in Radha Mohan Singh v. State of U.P., (2006) 2 SCC 450, the Court observed that law is very clear that appellant court should not interfere with the judgment and order of acquittal unless the said judgment is perverse, or the view taken by the learned Trial Court is impossible view. Further, it is well settled that testimony of hostile witness does not get effaced completely and washed off record, and it is for the Court to closely scrutinize the testimony of such witness in the facts and circumstances of the cases and take into consideration while convicting or acquitting the accused on that part of the testimony which supports the prosecution case and can be relied on for convicting the accused.

It was also observed that “the witness who was given threats of life by pointing a revolver by Mukhtar Ansari, has fully supported the prosecution case in all respects in his examination-in-chief. Further, he does not have any enmity with Mukhtar Ansari, and there was no reason to falsely implicate him. Thus, there is no reason to disbelieve his testimony given in examination-in-chief and his testimony in cross examination which takes place after he could have been won over, does not appear to be credible”.

Thus, the Court observed that the Trial Court had completely ignored the evidence of that hostile witness given in examination-in-chief and had only considered his cross examination. Thus, the approach of the trial Court is palpably erroneous and against the well settled legal position, hence, the impugned judgment and order passed by the Trial Court is unsustainable. Further, the complainant was discharging public/official duty on the date, time and place of the incident and as Mukhtar Ansari used criminal force by pointing pistol towards him with intent to prevent and deter the complainant from discharging his duty as a Jailer, therefore, offence of assault or criminal force to deter public servant from discharge of his duties under Section 353 IPC, is clearly proved against Mukhtar Ansari and he is convicted for committing the said offence.

Moreover, Mukhtar Ansari abused the complainant and insulted him knowing that it would undermine the authority of the Jailer and would cause breach of peace inside the jail and outside inasmuch as if a public servant can be humiliated and abused, then authority of public functionary would get diminished, and people would not respect the lawful authority. Therefore, Mukhtar Ansari was also found guilty under Section 504 IPC i.e. intentional insult with intent to provoke breach of the peace, and as Mukhtar Ansari took pistol from a visitor and pointed towards the complainant and threatened him for his life. Thus, he is also guilty for criminal intimidation under Section 506 IPC. 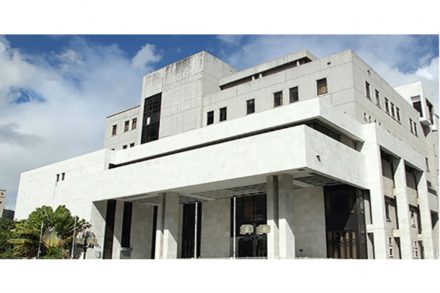 P&H HC | Schools succeeded in hoodwinking CBSE, however, no fault can be attributed to the students; direction for issuance of class 12th result