Delhi High Court: In a case where Dominos IP Holder LLC, popularly known as Dominos (‘plaintiff’) was seeking protection of the mark ‘Domino’s Pizza’, and the accompanying device mark, logo mark, as also the marks ‘Cheese Burst’ and ‘Pasta Italiano’, its popular dishes as Defendant 1 was using a deceptively similar logo, mark, and trade name – ‘Dominick Pizza’ along with other registered trademarks, such as ‘Cheese Burst’ and ‘Pasta Italiano’, Prathiba M Singh J. granted an ex-parte ad interim injunction in favor of the plaintiffs as prima facie case is established, balance of convenience lies in favour of the plaintiff and irreparable injury would be caused if the injunction is not granted.

The two conflicting marks are: 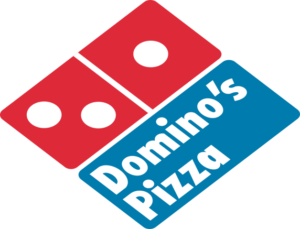 It is interesting to note that Plaintiff 1 company was founded in Michigan, USA, when Tom Monaghan, along with his brother James Monoghan, purchased a pizza store by the name “DomiNick’s Pizza”, owned by Mr. Dominick DiVarti. But, in the year 1965, the Monaghan’s purchased two more restaurants, and changed the name to Domino’s Pizza. Since then, Plaintiff 1 has continually adopted the mark ‘Domino’s Pizza’.

However, Defendant 1, being Dominick Pizza, through its proprietor Mr. Sandeep Kumar Sharma, has three outlets i.e., one in Indirapuram, Ghaziabad, Uttar Pradesh, the second one at Raj Nagar Extension, Ghaziabad, Uttar Pradesh, and lastly in Nakodar, Mehatpur, Punjab. Defendant 1 is also unauthorizedly using the Plaintiffs’ other registered trademarks, such as ‘Cheese Burst’ and ‘Pasta Italiano’.

The Court further noted that on perusing the record, it is made clear that the competing marks are deceptive of each other. The manner of the listings of the Defendant 1 on various social media platforms and online ordering platforms and reviews of the consumers on Google Reviews concludes that the name and business of the Defendant 1 is being confused as that of the Plaintiffs’ outlets resulting in severe disrepute and dilution of the Plaintiffs’ mark and business.

Thus, the Court granted ex-parte ad interim injunction against Defendant 1, its proprietors, partners, directors, officers, servants, agents, franchisers and all others acting for and, on its behalf, and are restrained from advertising, selling, offering for sale, marketing etc. any product, packaging, menu cards and advertising material, labels, stationery articles, website or any other documentation using, depicting, displaying in any manner whatsoever, the impugned marks ‘Dominick Pizza’, ‘Cheese Burst’ and ‘Pasta Italiano’ or any other marks or devices/logos which are identical or confusingly/deceptively similar to the Plaintiff’s registered trademarks.

None, for the Defendant.

S. 147 of NI Act gives power to the court to accept settlement and quash the conviction

AP HC | Can the Magistrate apart from police officer be liable for departmental action along with Contempt of Court before HC? Law explained in light of Arnesh Kumar’s decision by SC

By Bhumika Indulia Published on November 17, 2020