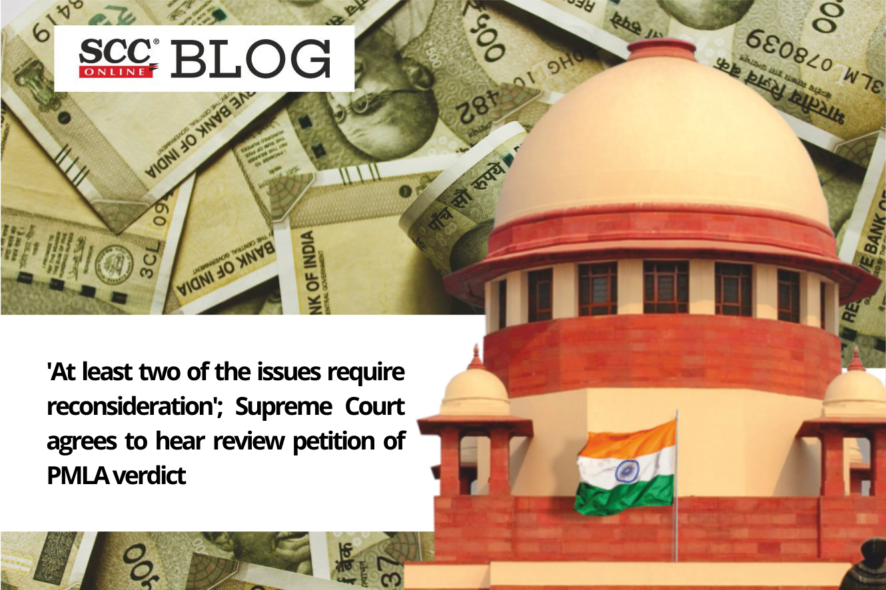 Supreme Court: As Congress MP Karti P. Chidambaram has sought review of the 3-judge bench verdict on the Prevention of Money Laundering Act, 2002, the 3-judge bench of NV Ramana, CJ and Dinesh Maheshwari and CT Ravikumar, JJ has agreed to hear the review petition after observing that prima facie, it appears that at least two of the issues raised in the petition require consideration. The Court has hence issued notice in the matter.

In the judgment dated 27.07.2022 in Vijay Madanlal Choudhary v. Union of India, 2022 SCC OnLine SC 929, the bench of AM Khanwilkar, Dinesh Maheshwari and CT Ravikumar, JJ has, in 545-pages-long judgments, has dealt with various aspects of the Prevention of Money Laundering Act, 2002 and has upheld the validity of certain impugned provisions by holding that the same have reasonable nexus with the object sought be achieved i.e. combatting the menace of money laundering.

The comprehensive analysis of the judgment can be read here.