It is not so surprising to often see the Indian judiciary wearing a cloak of inquisitorial system of justice or be seen involved in activism to instate or reinstate justice and/or means of such justice. One such means, the alternative dispute resolution (ADR) has been majorly developed and promoted by judicial activism. Judiciary has proactively evolved ADR by giving it a true meaning and purport in terms of its implementation.

This article strives to show glimpses in past of judicial activism especially in terms of broadening the spectra of matters to deem fit for reference to ADR and in conclusion briefly discusses and predicts if similar trend of activism will exist in the near future in the light of the pending Mediation Bill, 20212 introduced in Rajya Sabha on 14-12-2021.

Noteworthy traces of such activism can be first seen in the judgment of Hussainara Khatoon v. State of Bihar3, wherein the “right to speedy trial” was recognised as being implicit in Article 21 of the Constitution4. To give effect to the said mandate waking up to the need of the hour, Parliament considered introducing various ADR mechanisms to strengthen the judicial system, which inter alia included:

(i) In 1994, amendment to the Legal Services Authority Act, 19875 was introduced to constitute and organise Lok Adalats.

(ii) In 1996, the Arbitration and Conciliation Act6 (A&C Act) was enacted repealing the obsolete 1940 Arbitration Act. Arbitration as a mode of ADR has gained recognition with the A&C Act being amended several times, noteworthily in 2015 and 2018.

(iii) Introduction of Section 897 dealing with court annexed ADR in the Civil Procedure Code, 1908 (CPC). The said amendment came in effect only on 1-7-2022.

In the wake of Section 89 CPC, on 27-7-2002, the then Chief Justice of India, formally inaugurated the Ahmedabad Mediation Centre. The CJI called a formal meeting of the Chief Justices of all the High Courts of the Indian States in November 2002 at New Delhi to impress upon them the importance of mediation and the need to implement Section 89 CPC.9

Section 89 CPC, as vital as a statutory step it was, had serious shortfalls in terms of its implementation that were fixed by the Supreme Court. Section 89 CPC had anomalies that were identified by Supreme Court in a series of cases, which are discussed in subsequent paragraphs of this article. Interestingly, till date the legislature has carried out no amendment to Section 89 to fix these anomalies. But Section 89 is very well been used by courts to refer the matters through ADR, though only after the Court supplemented the wording of Section 89 with purposive interpretation. The Supreme Court in fact was aware of its need to step up, which was respectfully nothing short of being called as activism. The Court relevantly while fixing the anomalies stated that:10

9. If Section 89 is to be read and required to be implemented in its literal sense, it will be a trial Judge’s nightmare. It puts the cart before the horse and lays down an impractical, if not impossible, procedure in sub-section (1). It has mixed up the definitions in sub-section (2). In spite of these defects, the object behind Section 89 is laudable and sound. Resort to alternative disputes resolution (for short “ADR”) processes is necessary to give speedy and effective relief to the litigants and to reduce the pendency in and burden upon the courts.

The 2003 three-Judge Bench judgment in Salem Advocate Bar Assn. v. Union of India called as Salem Bar (1)11 finds a special notice in this regard. The Supreme Court in Salem Bar (1)12, directed for a committee to be appointed to frame model rules explaining the procedure for mediation. The amendment in Section 89 was made on the recommendation of the Law Commission of India and Justice Malimath Committee.13 The Law Commission of India, in compliance with the aforesaid judgment, drafted the consultation paper on ADR and Mediation Rules in 2003 which was adopted by several High Courts to formulate their separate Mediation Rules. Later, Justice Malimath Committee14 recommended making it obligatory for the court to refer the dispute, after issues are framed, for settlement either by way of arbitration, conciliation, mediation or judicial settlement or through Lok Adalat. It is only when the parties fail to get their disputes settled through any of the ADR methods that the suit could proceed further. The Chief Justice of India set up the Mediation and Conciliation Project Committee (MCPC) in 2005 for encouraging amicable resolution of disputes pending in the courts in accordance with Section 89 of the Code of Civil Procedure.

In Salem Bar (1)15, the Supreme Court upheld the validity of Section 89 with all its imperfections and referred to a committee, as it hoped that Section 89 would be implemented by surfacing the infirmities in it. Later in 2005, in another subsequent case of Salem Advocate Bar Assn. v. Union of India, known as the Salem Bar (2)16, recognised certain anomalies under Section 89 and gave purposive interpretation thereby making Section 89 CPC workable. The Supreme Court emphasised the need for ADR in Afcons Infrastructure Ltd. v. Cherian Varkey Construction Co. (P) Ltd.17 (Afcons case). The judgment firstly acknowledged the anomalies in the understanding of Section 89 while referring to Salem Bar (1)18 and Salem Bar (2)19; and secondly it laid out guidelines for the courts to follow for the effective implementation of Section 89 CPC, which encourages parties to settle their disputes by means of ADR.

In Afcons case, the Court adjudged that reference to ADR is a must and mandatory under Section 89 CPC, “where it appears to the court that elements of settlement exist”20. Even though the Court in Afcons case21 was faced with the issue of adjudging whether mutual consent is necessary for arbitration, the Court made observations with regard to “mutual consent” required or not under all ADR methods recognised under Section 89 CPC. The Court held that mutual consent is required for arbitration and conciliation but not for Lok Adalat, mediation and judicial settlement. Further, an illustrative category of disputes which would be fit and not fit for reference to ADR were also observed.22 In the said list of cases, cases of criminal offences and that of serious and specific allegations of fraud, fabrication of documents, forgery, impersonation, coercion, etc. were held not fit for ADR reference. The Supreme Court in the recent judgments has clarified and limited the scope in cases of fraud. In 2021, the Supreme Court has clarified regarding non-arbitrability of cases involving fraud that “cases involving prosecution for criminal offences, it is also important to remember that the same set of facts may have civil as well as criminal consequences”.23

Through judicial activism the concept and use of ADR has been expanded tremendously. In precedents such as K. Srinivas Rao v. D.A. Deepa24 mediation/ADR was encouraged in matrimonial cases and criminal cases and accepting compromises even in the non-compoundable cases such as Section 498-A25 IPC (though with caution). The Court allowed quashing of complaints on the basis of settlement. Further the Court issued directions re mediation such as setting up pre-litigation desks/clinics; giving them wide publicity and making efforts to settle matrimonial disputes at pre-litigation stage.26 The Court observed:27

44. … there exist elements of settlement, it should direct the parties to explore the possibility of settlement through mediation … In this exercise, there is no loss to anyone. If there is settlement, the parties will be saved from the trials and tribulations of a criminal case and that will reduce the burden on the courts which will be in the larger public interest.

Needless to add, countless sets of judgments exist where the Court has stressed on restraint to be practised by the courts in cases of review of arbitral awards under Section 3431 of the Arbitration and Conciliation Act, 1996. These judicial precedents lineage starts from the judgment of Associate Builders v. DDA32 in 2014, followed by certain important judgments such as that of Ssangyong Engg. and Construction Co. Ltd. v. NHAI33 and coming to the judgment in Delhi Airport Metro Express (P) Ltd. v. DMRC34 wherein the Court has clarified that it may not interfere with the arbitral award merely because the other view appears more plausible. Even in one of another judgment, Welspun Specialty Solutions Ltd. v. ONGC Ltd.35the Court set aside the order of the High Court and the Single Judge interfering with the award under Section 34 of the A&C Act and upheld the judgment of the Arbitral Tribunal.

All these landmark cases indicate the heavy weight and trust that our judiciary entrusts with the ADR mechanisms such as arbitration.

In the 2019 judgment of Perry Kansagra v. Smriti Madan Kansagra36 the Supreme Court identified various kinds of disputes where ADR may be a better alternative than litigation, such as cases relating to trade, commerce and contracts including, inter alia, money claims arising out of contracts. Disputes relating to specific performance or disputes between insurer and insured, bankers and customers were also considered to be better resolved through an ADR mechanism rather than litigation.

In the judgment of M.R. Krishna Murthi v. New India Assurance Co. Ltd.37, the Supreme Court directed the Government to consider the feasibility of enacting a Mediation Act.

In background of such events, it is not tough to view the upcoming trend that judiciary might adopt if the pending Mediation Bill of 202138 is enacted in its present state, that has been introduced in Rajya Sabha on 21-12-2021. But will the same provide a wholesome law on mediation and will be putting rest to the era of judicial activism in matters of mediation? May be it is too early to say for sure but at the outset it can be seen that provisions of the Bill incorporate limited power to judicial courts to decide if the matter is fit for mediation and scope for reference. The Bill incorporates a proviso to Section 7, which states:39

Provided that nothing contained herein shall prevent any court, if deemed appropriate, from referring any dispute to mediation relating to compoundable offences or matrimonial offences connected with or arising out of civil proceedings between the parties.

The Bill provides a schedule to compartmentalise cases that are not fit for mediation40, which has inadvertently categorised cases such as that of fraud or criminal offences as not fit for mediation at all. In the few cases noted above this seems to be an obsolete view that has been redefined and yet the Bill fails to incorporate it.

Further, the Bill mechanically proposes to make pre-litigation mediation as mandatory41, and thereby not taking into account the most important criteria of success of any mediation i.e. mutual consent. And importantly the Bill leaves not much power with judicial courts to decide if the matter even if not in the category of “disputes not fit for mediation” may still be unfit for mediation. Only the power to grant some interim relief under Section 842 of pending Bill may be granted by the court or tribunal before commencement or during the mediation proceedings is possible. But in toto such a mechanical approach towards implementation of an ADR mechanism that too of mediation is bound to have its shortfall.

It is indicative that the Bill if passed in its present form indicates that it may eventually call for more activism on the part of the Indian judiciary in giving it purposive interpretation for its effective use in adjudging matters through ADR. It can be said that more surprises await to be unboxed where the judiciary can be seen in action with its fathomable and praiseworthy activism.

† Advocate. Author can be reached at <soumyaasharma@outlook.com>. 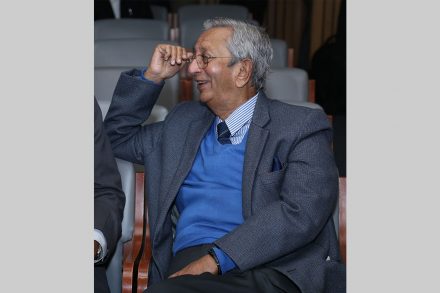 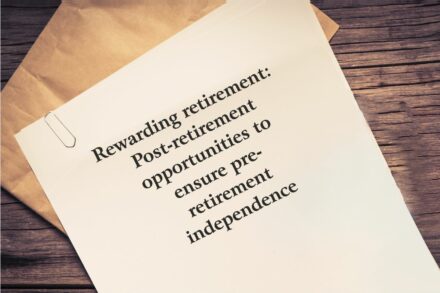 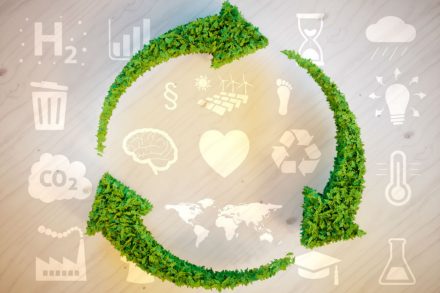