Madras High Court: G R Swaminathan J. dismissed the petition of an inter-faith couple seeking registration of their self-respect marriage on the ground that Section 7 of the Hindu Marriage Act, 1955 dealing with such marriages can have no application as both are not Hindus.

The petitioner, who is a Hindu and his wife Lediya, who is a Christian with the consent of both the families in the presence of the local panchayat president and a political functionary, solemnized their marriage. The couple then submitted a joint application before the Sub Registrar ‘R2′ and only a notice was submitted under Section 5 of the Special Marriage Act, 1954 for registration of their marriage and issue of certificate. The registration was denied because Ms. Lediya was yet to turn 21. Assailing the said dismissal, instant petition was filed under Article 226 of the Constitution of India, seeking issuance of writ of Mandamus directing R2 to register the petitioner’s marriage.

The Court observed that Section 15 of the Hindu Marriage Act, 1955 expressly excludes marriages solemnized under the Act and it deals only with marriages celebrated in other forms. In the present case, the petitioner is a Hindu while Lediya is a Christian. They underwent what is apparently a self-respect marriage. But, Section 7-A of the Hindu Marriage Act dealing with such marriages can have no application. The said provision was introduced in the year 1967 to confer recognition for marriages held without religious ceremonies.

The Court noted that a sacramental marriage performed as per ceremonies as well as a marriage celebrated in terms of Section 7-A Hindu Marriage Act, 1955 is both valid. However, Suyamariyathai and Seerthiruththa marriages (reformist/self-respect marriages) can be performed only between two Hindus. Therefore, what was performed on 10-06-2022 between the petitioner and Ms. Lediya cannot be considered as one solemnized under the Hindu Marriage Act, 1955.

While the Court noticed that the petitioner and Ms.Lediya did not undergo any marriage in the legal sense of the term on 10.06.2022, it was of the opinion that nothing stops them from solemnizing their marriage under the Special Marriage Act.

The Court opined that the petitioner gave notice under Section 5 of the Hindu Marriage Act, 1955 only on 17-06-2022. The said notice will be valid for a period of three months. He can very well follow the procedure set out in the said Act. In that event, the second respondent cannot refuse to issue a marriage certificate on the grounds that Ms. Lediya has not yet turned 21.

The Court held “The second respondent rightly declined the petitioner’s request. No mandamus can be issued contrary to law. The writ petition stands dismissed.” 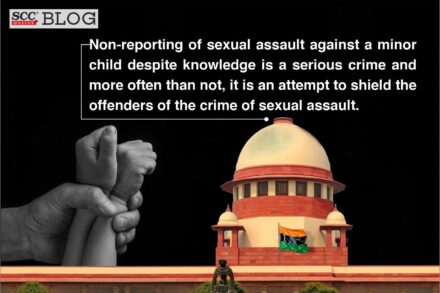