Supreme Court: In a significant case relating to State’s power of remission under Section 432 of CrPC, the Division Bench of Dr Dhananjaya Y Chandrachud* and Aniruddha Bose, JJ., directed the presiding officer concerned to re-assess the matter— holding that an opinion accompanied by inadequate reasoning would not serve the purpose for which the exercise under Section 432 (2) is to be undertaken, which is to enable the executive to make an informed decision taking into consideration all the relevant factors.

The instant petition was filed by a convict—who was undergoing imprisonment for life upon being convicted u/s 302 read with S. 149 of the Penal Code, 1860—to seek for issuance of a writ directing the State government to grant him pre-mature release.

Though the appropriate government has the absolute discretion to decide whether the application for remission should be allowed, it had been clarified by the Supreme Court in catena of judgments that while the grant of remission is the exclusive prerogative of the executive and the court cannot supplant its view, the Court can direct the authorities to re-consider the representation of the convict. Therefore, the prerogative of the executive is subject to the rule of law and fairness in state action embodied in Article 14 of the Constitution.

Duty of the Presiding Judge and Value attached to his Opinion

Sub-section (2) of Section 432 of the CrPC provides that the appropriate government may take the opinion of the presiding judge of the court before or by which the person making an application for remission has been convicted on whether the application should be allowed or rejected, together with the reasons for such opinion.

In Union of India v. Sriharan, (2016) 7 SCC 1, the Constitution Bench had held that the procedure stipulated in Section 432(2) is mandatory and the decision of the government on remission should be guided by the opinion of the presiding officer of the concerned court. Crucially, the Court observed that the opinion of the presiding judge would enable the government to take the ‘right’ decision as to whether or not the sentence should be remitted.

Hence, the Bench opined that it could not be said that the opinion of the presiding judge is only a relevant factor, which does not have any determinative effect on the application for remission. The Bench remarked,

“Section 432 (2) of the CrPC would stand defeated if the opinion of the presiding judge becomes just another factor that may be taken into consideration by the government while deciding the application for remission. It is possible then that the procedure under Section 432 (2) would become a mere formality.”

Noticeably, in Laxman Naskar’s case (supra), the Court had laid down following factors to be considered by the presiding officer—assessing (i) whether the offence affects the society at large; (ii) the probability of the crime being repeated; (iii) the potential of the convict to commit crimes in future; (iv) if any fruitful purpose is being served by keeping the convict in prison; and (v) the socio-economic condition of the convict’s family.

In the instant case, the Special Judge, Durg had referred to the crime for which the petitioner was convicted and had simply stated that—“in view of the facts and circumstances of the case it would not be appropriate to grant remission.”

Hence, the Bench opined that there was nothing to indicate that the presiding judge took into account the factors laid down in Laxman Naskar’s case (supra), which had rendered the opinion to be in the teeth of the provisions of Section 432 (2) of the CrPC which require that the presiding judge’s opinion must be accompanied by reasons. The Bench stated,

“…an opinion accompanied by inadequate reasoning would not satisfy the requirements of Section 432 (2) of the CrPC. Further, it will not serve the purpose for which the exercise under Section 432 (2) is to be undertaken, which is to enable the executive to make an informed decision taking into consideration all the relevant factors.”

In view of the above, the Bench concluded that the petitioner’s application for remission should be re-considered and directed the Special Judge, Durg to provide an opinion on the application afresh accompanied by adequate reasoning while taking into consideration all the relevant factors that govern the grant of remission as laid down in Laxman Naskar’s case (supra).

For the State of Chhattisgarh: Advocate Sumeer Sodhi 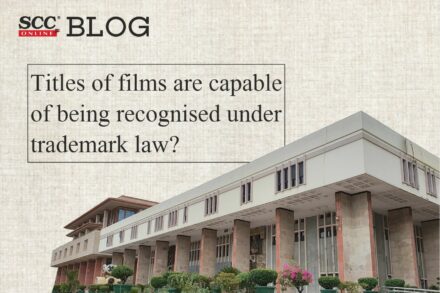 Titles of films are capable of being recognised under trademark law? Read Del HC’s decision in light of film ‘SHOLAY’

Courts to not take cognizance of offences under Ss. 56 & 57 of FERA unless opportunity to show requisite permission under S. 61(2)(ii) provided