Delhi High Court: While reiterating the law on award of liquidated damages, Vibhu Bakhru, J., expressed that, where a contract comprises, several components awarded to different contractors, it is inapposite to blame the contractor that is last in completing the work for loss suffered on account of delay in completing the Project.

In the present matter, the parties have filed cross petitions under Section 34 of the Arbitration and Conciliation Act, 1996 impugning an Arbitral Award rendered by the Arbitral Tribunal comprising of a former Judge of this Court as the Sole Arbitrator.

Haryana Vidyut Prasaran Nigam Limited (HPVNL) was engaged in the business of maintenance and supply of electricity within the State of Haryana.

A Joint Venture (Cobra) was formed to supply materials and execute the works relating to the erection of infrastructure and transmission of electricity.

Further, it was stated that the Government of India received a loan from the International Bank for Reconstruction and Development (IBRD) for the Haryana Power System Improvement Project.

In 2011, HPVNL issued an Invitation for Bids (IFB) for the works regarding “procurement of plant, design, supply and installation of Package G-09” on the terms and conditions stipulated.

Pursuant to the said IFB, Cobra submitted its bid for executing the project. Cobra’s bid was accepted and thereafter, HPVNL issued two Letters of Acceptance (LoAs) in relation to the two contracts, in favour of Cobra. In terms of LoAs, Cobra was required furnish Performance Security equivalent to 10% of the value of contracts within a period of 28 days, in accordance with Clause 13.3.1 of the General Conditions of Contract.

Thereafter, two Contract Agreements were signed between the parties.

Cobra failed to complete the project within the stipulated time resulting in the imposition of liquidated damages.

Cobra approached this Court by way of a petition under Section 11 of the A&C act for the appointment of an arbitrator and this Court appointed a Sole Arbitrator to adjudicate the disputes between the parties.

The Arbitral Tribunal, considering the evidence on record, found that fifty percent of the Liquidated Damages as stipulated in the Agreements was reasonable.

Aggrieved by the impugned award, the parties filed the present petitions.

High Court noted the Arbitral Tribunal’s observation, which was as follows:

Bench did not find any infirmity with the above view.

Further, the Court stated that even though a contract may comprise of separate components, which may be awarded to different contractors, it may be inapposite to blame the contractor that is last in completing the works for the loss suffered on account of delay in completing the project.

“Since it is not disputed that Cobra had delayed the performance of its obligations, which were a vital part of the works to be executed for commissioning the Project, it cannot be absolved of its liability for the delay on the ground that some other contractor had also delayed execution of the works.”

High Court stated that, the Arbitral Tribunal’s view that Cobra cannot be absolved of its liability for compensating the loss suffered by HVPNL resulting on account of delay in execution of the works, is certainly a plausible view, if not the correct one.

Bench found that there was inconsistency in the finding of the Arbitral Tribunal. After having found that the losses were incapable of being determined with any precision and that HVPNL was entitled to the same, there was no reason for the Arbitral Tribunal to have reduced the levy of Liquidate Damages to 50%. HVPNL had contended that the Liquidated Damages were a genuine pre-estimate of damages.

This Court found it difficult to sustain the award of damages based on “guess work”, particularly as there was no material on record to make any educated guesses as to the quantum of damages payable.

Hence, making an ad hoc assessment of damages at 50% of the Liquidated damages, is arbitrary and plainly erroneous.

In view of the above, Court considered it apposite that the Arbitral Tribunal’s decision was in respect of levy o Liquidated Damages, be set aside and the parties may be relegated to agitate the said dispute afresh.

Whether the decision of the Arbitral Tribunal to award Bank Guarantee charges, in favour of Cobra, is patently illegal?

Bench did not find any infirmity with Arbitral Tribunal’s decision, Cobra was obliged to keep the bank guarantee alive for a period of 540 days from the date of completion of the Facilities.

Court did not find any ground to interfere with the decision of the Arbitral Tribunal to award watch and ward expenses calculated on the basis of the bare minimum number of guards deployed per sub-station for a period of 5 months on the minimum wages as notified by the Labour Commissioner, Government of India.

High Court expressed that it is well settled that the question of construction of a contract is within the jurisdiction of the Arbitral Tribunal and the same would warrant no interference in proceedings under Section 34 of the A&C Act unless it is, ex facie, perverse or a view that no reasonable person would accept.

The impugned award to the extent that it was related to the award of Liquidated Damages and the interest payable thereon, was set aside.

Ker HC | Persons with disability are a homogenous class irrespective of social classification; such classification can’t be impeached by linking it with Art. 16 or Art 15 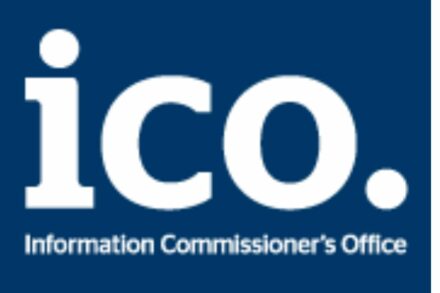