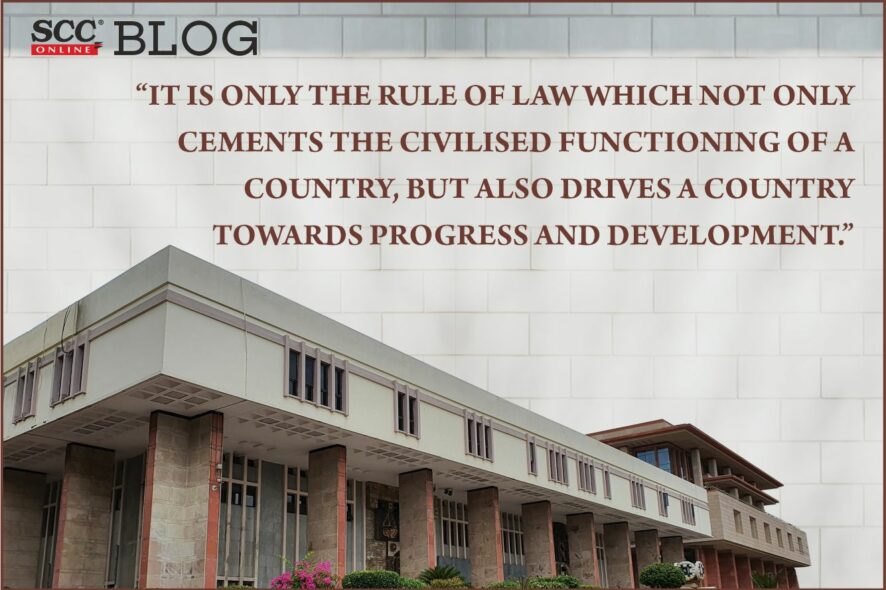 Delhi High Court: Expressing that, attempts to circumvent or undermine judicial decisions need to be viewed seriously in order to ensure that the functioning of our country is unhindered, especially during turbulent times, Subramonium Prasad, J., held that,

The instant contempt petition had been filed for initiating contempt proceedings against respondent 1 for violating the undertaking given to the Court.

In a suit for possession, permanent injunction and for mesne profit/damages was filed against the respondent by Badri Prakash Soni, who was the father of the petitioner and respondent 1.

The parties who were related to each other entered into a compromise and under the said compromise, the respondents Munish Soni and Piyush Soni agreed to hand over the ground floor of the premises to the petitioner.

Apart from the above said, the defendants were made to pay a sum of Rs 1 Crore under the said compromise.

The present contempt petition was filed as the respondents did not vacate the premises.

In the instant matter, the respondents had given an undertaking that they would positively hand over the physical vacant possession of the ground floor of the property, but they did not do so.

High Court was concerned with upholding the majesty of the law and the undertaking given to this Court to vacate the ground floor of the premises.

In the Supreme Court’s decision of Vinay Chandra, In Re., (1995) 2 SCC 584, Court had delineated the purpose of the law of contempt in building confidence in the judicial process.

Elaborating further, the High Court added that the process of due course of administration of justice must remain unimpaired. Adding to this, the Bench stated that,

“…it is the duty of the Court to take a strict view when there is non-compliance of an Order of the Courts, and Courts should not hesitate in wielding the sword of contempt when grappling with a situation pertaining to wilful disobedience.”

Court did not appreciate the defences raised by the respondents to subvert the authority of the Courts.