Chhattisgarh High Court: Narendra Kumar Vyas, J. allowed an appeal filed by the defendants setting aside the judgment and decree by the Trial Court whereby trial Court had decreed the suit filed by plaintiff/respondent 1, dismissed the counter claim filed by appellants/defendants 1 to 3.

The appellants/defendants are all residents of Bilaspur. The suit land already described by this Court was the self acquired property of mother of defendants and plaintiff. Her name was recorded as title holder of the suit land. It was pleaded that plaintiff has taken care of his mother till his lifetime, all the last rituals have been performed by him and due to care taken by him she bequeathed a Will in favour of the plaintiff on 28-10-2010 and since then plaintiff was in possession of the suit land. After her death the plaintiff moved an application for mutation of the suit land in his name being successor per Will dated 28-10-2010 executed by her. The name of plaintiff has been mutated in the revenue record as the land owner on 10-09-2013. The defendants 1 to 3 had preferred an appeal wherein they had raised an objection that the plaintiff was not only successor of her and they were also the successor, as such their names should also have  been recorded in the revenue record.

The illegal interference of the appellants/defendants in the title and ownership of the suit land which is owned by the plaintiff necessitated the plaintiff to file present suit for declaration and for grant of permanent injunction.

Defendants filed their written statement denying the averments made in the plaint contending that the Will dated 28-10-2010 was forged one, as such, on the basis of forged document, order of mutation was illegal and against the provisions of law, therefore, order dated 10-09-2013 was not binding upon them.

From the factual matrix the Court identified two main issues:

(i) Whether the will has been proved as per the provisions of section 68 of the Evidence Act and Section 63 (c) of the Indian Succession Act?

(ii) Whether the defendants are entitled to get equal share of the suit land being coparcener as per Hindu Succession (Amendment) Act, 2005?

From analysis of the evidence and considering the evidence they have nowhere stated that will has been written as per the direction of the testatrix and also considering the fact that the witnesses have nowhere stated in their evidence that the testatrix has put her signature on the will in their presence. therefore, doubtful circumstances establish with regard to existence of will. Also, application which was filed before Revenue Court for mutation wherein the defendants have not made party despite aware of the facts that sisters are still surviving, it certainly creates doubt over genuineness of the will.

For deciding issue 1 the  Court considered the judgment of the Supreme Court in Murthy v. C. Saradambal, (2022) 3 SCC 209 and stated that it is crystal clear, that the validity of Will was not proved in accordance with the provisions of the law and suspicious circumstances are available on record which have not been cleared by the plaintiff by placing material on record, therefore, judgment and decree so far as holding that the plaintiff was the owner of the suit was set aside.

Counsel for the appellants/defendants had also filed application under Order 41 Rule 27 Read with Section 151 of the CPC for taking additional document on record by stating that during pendency of the appeal, the appellants/ defendants have filed an application under Order 1 Rule 10(2) CPC by which the respondent No.1 has sold total 10 decimal of the land in favour of respondent/plaintiff 3 , therefore, he was arrayed as party to the case. While allowing this application the Court held that sale of land shall also be subject to the decision of this appeal and the land already sold to respondent 3, if it is part of suit land then .040 hectare land will be adjusted/ reduced from the share of plaintiff.

Counter claim and appeal filed by the defendants was allowed and it was held that defendant 1-3 were entitled to get equal share in the property as per Hindu Succession Act, as amended in 2005.[Sonia Bai v. Dashrath Sahu, 2022 SCC OnLine Chh 468, decided on 28-02-2022]

For the Applicants : Mr Aman Sharma

For the Respondent 1 : Mr Dhirendra Mishra

For the Respondent 4. : Mr Dashrath Prajapati 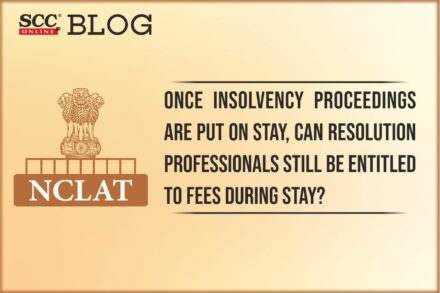 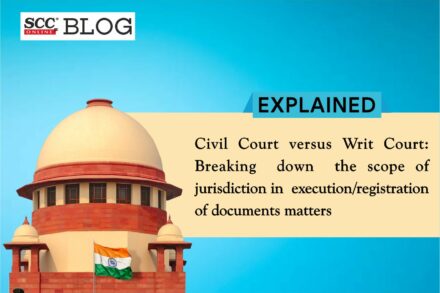