National Consumer Disputes Redressal Commission (NCDRC): The Coram of Dinesh Singh (Presiding Member) and Justice Karuna Nand Bajpayee (Member) expressed that in the ‘service’ of ‘housing construction’, if, in a particular case, “compensation” is computed “by way of interest” on the deposited amount it shall not be differently treated than the other cases in which the term “interest” may not at all be used in computing the compensation.

This Commission had by an earlier order directed that OP shall refund the entire principal amount of Rs 2,74,79, 831,48 to the complainant alongwith compensation in form of simple interest at the rate of 11% and OP shall also pay a sum of Rs 25,000 as the cost of litigation.

Both sides admitted that the entire amount paid by the decree holder to the judgment debtors has been refunded along with the cost of litigation.

Whether or not compensation which was computed by way of interest on the deposited amount, attracts TDS?

Coram stated that the only issue was in respect of deduction of tax at source on the “compensation” awarded, which in the present case was computed “in the form of simple interest” on the deposited amount.

Certainly, tax is not deducted at source if the compensation is awarded in the form of a lumpsum amount, or when the formula or yardstick, if and as any adopted for the purposes of computation, does not involve or refer to the term “interest”. It will therefore be erroneous to deduct tax at source just because in a particular case the formula or yardstick adopted for computation alludes to the term “interest”.

Commission clarified that it is neither adding to nor subtracting from the Income Tax Act. If a person is responsible to pay income tax on any revenue or capital receipt under the aid Act, he will be so liable.

Adding to the above, Coram stated that compensation awarded under the Consumer Protection Act is for the loss or injury suffered and is universally applicable to both goods and services inclusive of the service relating to housing construction.

The context and meaning of the term “interest” if used in the mode of calculation or a formula or yardstick adopted for computing compensation under section 2(1)(d) of the Consumer Protection Act is identifiably different from the context and meaning as used in Section 194A of the Income Tax Act.

Hence, there was no justification for deducting tax at source in the instant case.

Concluding the matter, the Commission observed that the tax deducted at source on compensation appeared to be a mistake with no malafide and even though the tax ought not to have been deducted it is also seen that the same has not been retained by the judgment debtors and deposited in the account of the decree-holder in the Income Tax Department.

For the Respondent: Mr. A. K. Takkar, Advocate with Ms. Syashee Pesswani, Advocate

COVID-19| Mere direction to comply with our order on COVID-19 treatment not enough; Submit compliance report: SC to Centre 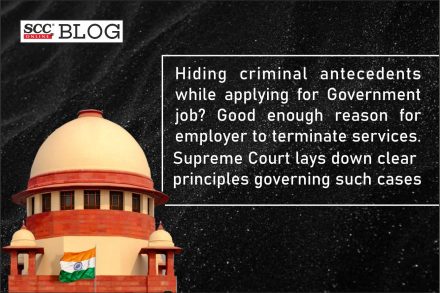 By Prachi Bhardwaj Published on September 28, 2022