Supreme Court: The Division Bench of L. Nageswara Rao and Aniruddha Bose*, JJ held that not  having approval of the Finance Minister at the time of issue of charge memorandum for carrying departmental enquiry would render the it defective, not capable of being validated retrospectively by post-facto approval.

The issue arose out of an inquiry made the appellant, a former Assistant Commissioner of Income Tax for major penalty under Rule 14 of the Central Civil Services (Classification, Control and Appeal) Rules, 1965 on the allegation that in the year 1998, he, in collusion with a Deputy Commissioner of Income Tax, had conducted a survey under Section 133A of the Income-Tax Act, 1961 in five proprietary group concerns of one Mukeshchandra Dahyabhai Gajiwala and his family and demanded a sum of rupees five lacs other than legal remuneration for settling the matter. It was further alleged in the articles of charge that he, along with the said Deputy Commissioner, had demanded a sum of rupees two lacs other than legal remuneration from the same individual and later on, the Deputy Commissioner Mr. K.K. Dhawan accepted the said amount.

Grievances of the Appellant

The findings of the enquiry officer were assailed by the appellant on the ground that the charge memorandum was not specifically approved by the Finance Minister. The appellant relied on the decision of the Central Administrative Tribunal (CAT), in B.V. Gopinath v. Union of India, which was later on upheld by the coordinate Bench of the Supreme Court, wherein the Tribunal had held that in absence of the approval of the charges by the competent authority, further proceedings in the disciplinary case could not be sustained.

However, the appellant’s request for quashing the charges was ultimately turned down on the ground that the petition for Special Leave to Appeal was pending before the Supreme Court in the case of B.V. Gopinath and the appellant could not rely on a verdict which was sub judice when the cause of action arose. Further, the respondent informed the appellant that the charge memorandum had received the approval of Disciplinary Authority and the proceedings could continue from the stage where it stood before the charge memorandum was formally approved.

Findings of the Court Below

On challenge, the CAT quashed the Office Memorandum, holding that the approval sought to be given on 08-01-2014 to a charge memorandum dated 18-11-2002 was impermissible as such approval could not have been granted ex-post facto. In the aforesaid backdrop, the matter reached to the Delhi High Court against the Tribunal’s verdict. Differentiating the appellant’s case from the B.V. Gopinath’s case, the High Court held that subsequent approval implied ratifying an action and there being no requirement in the concerned Rules for prior approval, ex-post facto approval could always be obtained.

The respondents’ argument was accepted by the High Court mainly on two counts. First, there was no ex-post facto approval to the charge memorandum in Gopinath’s case. Second, approval implies ratifying an action and there being no requirement in the concerned Rules for prior approval, ex-post facto approval could always be obtained. The Bench opined that the absence of the expression “prior approval” in the aforesaid Rule would not have any impact on the instant case as the same Rule had been construed in the case of B.V. Gopinath to hold that charge-sheet/charge memorandum not having approval of the Disciplinary Authority would be non est in the eye of law. Hence, the respondent could not claim that approval includes ratifying an action, which obviously could be given ex-post facto.

Similarly, the fact that initiation of proceeding received approval of the Disciplinary Authority could not lighten the obligation on the part of the employer in complying with the requirement of sub-clause (3) of Rule 14 of CCS (CCA), 1965. Evidently, sub-clauses (2) and (3) of Rule 14 contemplates independent approval of the Disciplinary Authority at both stages – for initiation of enquiry and also for drawing up or to cause to be drawn up the charge memorandum. Therefore, even in the event the requirement of sub-clause (2) is complied with, not having the approval at the time of issue of charge memorandum under sub-clause (3) would render the charge memorandum fundamentally defective, not capable of being validated retrospectively. The Bench remarked,

“…the approval for initiating disciplinary proceeding and approval to a charge memorandum are two divisible acts, each one requiring independent application of mind on the part of the Disciplinary Authority. If there is any default in the process of application of mind independently at the time of issue of charge memorandum by the Disciplinary Authority, the same would not get cured by the fact that such approval was there at the initial stage.”

“It would not be possible to accept the submission of Ms Indira Jaising that the approval granted by the Finance Minister for initiation of departmental proceedings would also amount to approval of the charge memo.”

However, noticing that the allegations against the appellant were serious in nature and ought not to be scuttled on purely technical ground, the Bench opined that the department’s power to pursue the matter should be reserved and not foreclosed. Accordingly, the impugned judgment was set aside and the Tribunal’s judgment was restored subject to the modification that in the event the department wants to continue with the matter, and on producing the material the Disciplinary Authority is satisfied that a fresh charge memorandum ought to be issued, such charge memorandum shall be issued not beyond a period of two months, and thereafter the proceeding shall take its own course. 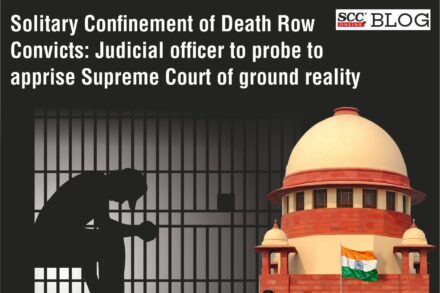 Clauses in Information Brochure based on statutory Master Circular is enforceable; Bombay High Court sets aside Administrator decision to write down AT-1 bonds once Yes Bank stood reconstituted