Present matter was in the Court for quashing an FIR registered for offences under Section 307/34 of Penal Code, 1860.

It was stated that victim was assaulted by some unknown persons and the nature of injuries was opined to be serious, for further treatment he was shifted to RML Hospital.

Since the victim was unfit for treatment, his father gave a statement wherein he stated that Hannan and petitioner were quarrelling with his son. They both were holding the victim and then stabbed him. After stabbing, they escaped from the spot.

On father’s statement, the FIR was registered for offences under Sections 307/34 IPC.

Hannan was declared as a Proclaimed Offender.

Further, the charge sheet was filed and enough material against the accused was there to proceed against him under the above-stated Sections.

Later the parties entered into a compromise and as per the compromise deed accused was to pay a sum of Rs 3,00,000 as compensation/medical charges. Accused had paid Rs 1,00,000 at the time of settlement and remaining amount would be paid at the time of quashing the FIR.

Quashing of criminal proceedings for offences under Section 307 IPC on the ground that parties had entered into a settlement.

It was noted that Supreme Court had a conflict of opinion with regard to whether an offence under Section 307 IPC could be quashed by the High Court while exercising power under Section 482 CrPC.

In the decision of State of Rajasthan v. Shambhu Kewat, (2104) 4 SCC 149, it was held that an offence under Section 307 IPC is a serious offence and ordinarily should not be quashed by the High Court while exercising its powers under Section 482 CrPC on the ground that the parties have settled their disputes.

Further, Supreme Court in the decision of Narinder Singh v. State of Punjab, (2014) 6 SCC 466 had quashed the proceedings under Section 307 IPC after noting the judgment in State of Rajasthan v. Shambhu Kewat, (2104) 4 SCC 149.

In view of the conflict of opinion in the above two decisions, matter was referred to a larger bench of Supreme Court in State of M.P. v. Laxmi Narayan, (2019) 5 SCC 688, wherein it was observed that,

“…It would be open to the High Court to examine as to whether incorporation of Section 307 IPC is there for the sake of it or the prosecution has collected sufficient evidence, which if proved, would lead to framing the charge under Section 307 IPC. For this purpose, it would be open to the High Court to go by the nature of injury sustained, whether such injury is inflicted on the vital/delicate parts of the body, nature of weapons used, etc. However, such an exercise by the High Court would be permissible only after the evidence is collected after investigation and the charge-sheet is filed/charge is framed and/or during the trial. Such exercise is not permissible when the matter is still under investigation. Therefore, the ultimate conclusion in paras 29.6 and 29.7 of the decision of this Court in Narinder Singh [Narinder Singh v. State of Punjab, (2014) 6 SCC 466 : (2014) 3 SCC (Cri) 54] should be read harmoniously and to be read as a whole and in the circumstances stated hereinabove”

In the above decision, Court also stated that the powers conferred on the High Court under Section 482 CrPC can be exercised keeping in mind the injuries sustained, whether such injury is inflicted on the vital/delicate parts of the body, nature of weapons used etc.

High Court stated that in view of the above decision of the Supreme Court, it can be seen that the fight involved in the present matter was not an ordinary fight between the neighbors, infact petitioners should be thankful that they are not facing trial in a case of murder because in ordinary circumstances the injuries inflicted by the petitioners were sufficient to cause death.

Victim was stabbed with a dangerous weapon i.e. a knife and the injuries caused were of such nature that they would have caused death in ordinary circumstances.

Advocates before the Court

For the Petitioners: Rishipal Singh, Advocate with petitioners in person

For the respondents: Meenakshi Chauhan, APP for the State with ASI Naresh, PS Jaffrabad Complainants in person

CESTAT | What is the role of will/intention in evasion of payment of duty? Tribunal explains 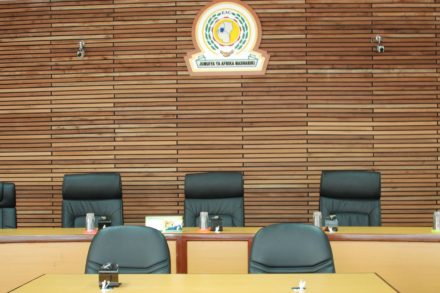 Taxing Officer uses discretionary power to Tax the Bill at a grand total of USD 11,084 in favour of applicant