Bombay High Court: Addressing a matter pertaining to the widow’s right of inheritance on the property of the deceased husband, S.M. Modak, J., observed that,

Both wife and mother will have an equal share in light of Section 24 of the Hindu Succession Act, which was in existence at the time of the dispute.

Whether a widow can claim the estate of the husband after re-marriage?

High Court referred to the decision of Supreme Court in Kasturi Devi v. Deputy Director of Consolidation, AIR 1976 SC 2595. In the said decision, “the effect of re-marriage on her right to claim share in the property” was considered, though the status of the woman in the said decision was not of a widow but of a mother. Hence the claim pertained for inheritance not as a widow but as a mother. To this issue it was held that there won’t be any effect on her share of inheritance from a son even after she re-married.

Issue in the present matter was:

Deceased was married to respondent 1 and the present appellant is the mother of the deceased.

It was stated that deceased had nominated his wife for the dues that he was entitled to from the Indian Railways, though it came on record that the deceased and wife were not living together due to the existence of a dispute between them.

After the death of the husband, defendant-wife re-married.

In view of the above events, the plaintiff claimed dues from Indian Railways and informed Indian Railways about the re-marriage of defendant. On non-provision of marriage certificate, the employer disbursed the dues in favour of the wife.

Trial Court favoured the plaintiff and decreed the suit in toto.

Hence, Indian Railways was directed to pay all the due to the plaintiff, though the Appellate Court recognized the share of defendant and directed the employer to disburse the amount to plaintiff and defendant.

Appellate Court’s decision has been challenged before this Court.

It was stated that the dues of employer are nothing but the self-acquired property of the deceased and as per Hindu Succession Act, Section 24, the widow loses rights if she remarries on the date when succession opens. It is also true that the said Section was omitted from the Act o 1956 w.e.f 9th September, 2005.

Since the deceased had expired on 19-04-1991, so we have to see what the position in force at that time was. Section 24 was in existence at that point of time, hence as per the said provision, whether it can be said that defendant can be excluded from succeeding the property of the deceased?

Section 14 of the Act of 1956 makes the female Hindu being absolute owner if she possessed the property. Whereas Section 24 of the said Act disinherits the widow if she re-marries.

A very pertinent fact that was noted by the Bench was that, if the widow had not re-married when the succession opened, the disqualification under Section 24 of the Act of 1956 wouldn’t be applicable.

Furthermore, the Court stated that since the plaintiff and defendant were class 1 heirs, they were entitled to get equal share in the property of the deceased and as contemplated under Section 10 of the Act of 1956, the widow and the mother of the intestate takes one share each.

Therefore, both the wife and mother were entitled to get 50% from the property of the deceased.

Since the wife is not solely entitled to get the whole amount, she was bound to return 50% of the amount to the plaintiff.

Respondent 1 was to refund the amount with 6% interest.

Telangana HC | If consequences of an offence are suffered at a different place than the place where offence occurred, which Court will have jurisdiction for trial of case? HC explains

Denial of compensation to victim in pursuance to Section 357A CrPC is a violation of Article 21 of the Constitution: Calcutta HC 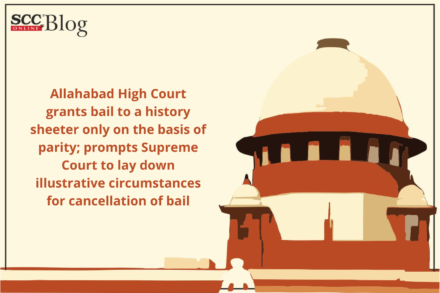 Allahabad HC grants bail to a history sheeter only on the basis of parity; prompts SC to lay down illustrative circumstances for cancellation of bail