In the March of 2020, the Insolvency and Bankruptcy Code, 2016[1] (Code), notified two new thresholds which significantly impacted the real estate industry. Firstly, by a notification[2], the minimum threshold of default under Section 4(1)[3] of the Code was increased from Rs 1 lakh to Rs 1 crore, keeping in mind the financial repercussions of the global pandemic. Secondly, an amendment[4] was introduced, which mandated a numerical threshold requirement for allottees of a real estate project to trigger the corporate insolvency resolution process (CIRP).

Rationale behind the introduction of a numerical threshold for allottees

The Supreme Court in Pioneer Urban Land and Infrastructure Ltd. v. Union of India[5] had clarified that the sale agreement between the developer and homebuyer has a “commercial effect” of borrowing, as the money is paid in advance for temporary use, so that a flat/apartment could be given back to the homebuyer.

This essentially gave every individual allottee the status of a financial creditor, allowing them to trigger the CIRP against the promoter/developer of the real estate project in case of a default. This led to a large number of applications, frivolous or otherwise being filed in the National Company Law Tribunal (NCLT), thereby augmenting the misuse of the provisions of the Code, in turn leading to the disruption of the real estate sector.

Thus, an amendment was introduced in Section 7[6] of the Code, requiring the application for initiating CIRP to be filed jointly by at least a hundred allottees or one-tenth of the total number of allottees in the same real estate project, whichever is less.

Furthermore, the Supreme Court, in Manish Kumar v. Union of India[7] (Manish Kumar) while upholding the constitutionality of the amendment also threw light on the rationality and the need for the introduction of such a threshold. The Court observed that the consequence of empowering a lone allottee to initiate the CIRP at his discretion could thwart the entire real estate project, thereby endangering the interests of other allottees who were not in favour of the same and might have faith in the developer.

This post seeks to analyse the ground realities and the ambiguities that may arise in light of the amendment and the Manish Kumar[8] judgment.

In light of the notification and the amendment, an allottee has to now fulfil the following two prerequisites to initiate the insolvency proceedings under Section 7 of the Code:

The threshold of Rs 1 crore means the total default of the corporate debtor to any financial creditor and not necessarily only to the applicant allottees. Thus, the allottees can move against the promoter even without any amount being due to them, provided that they meet the numerical threshold requirement under Section 7.

What constitutes a real estate project

As per the Code, the term “real estate project” (project) shall have the meaning assigned to it in clause (zn) of Section 2[9] of the Real Estate (Regulation and Development) Act, 2016 (RERA) which provides only a general overview of the scope of inclusion of the constituents of a project, leaving a grey area for interpretation.

The above explanation fails to confer a clear interpretation of how the phases should be included in the calculation of the numerical threshold of allottees.

The literal interpretation of the phrase “every phase shall be considered a stand-alone real estate project“ shall mean to apply only for the purpose of “this section“, so as to analyse whether the registration of a project can be totally exempted from the purview of the Act.

Thus, it can be inferred from the literal interpretation and purpose of the section that each phase would not be considered as a stand-alone real estate project in calculation of the required numerical threshold of allottees. Hence, all the phases in a project shall be considered together for the purpose of calculating such threshold under Section 7 of the Code.

Further, to substantiate this interpretation, the observations deduced from some clauses under Section 4(2)[11] of the RERA which pertains to the details and documents required for filing an application for registration of a project can be referred. The relevant clauses are extracted below:

(d) the sanctioned plan, layout plan and specifications of the proposed project or the phase thereof, and the whole project as sanctioned by the competent authority;

Here, the clause refers to “the phase thereof, and the whole project“ which indicates that all the phases that are sanctioned by the competent authority to constitute a particular project may be considered as one project.

(f) the location details of the project, with clear demarcation of land dedicated for the project along with its boundaries including the latitude and longitude of the endpoints of the project;

Here, providing information relating to proper demarcation of land and boundaries to indicate the endpoints of a project would be helpful in ascertaining whether a certain building is a phase of a particular project or a different project in itself.

Thus, in the above scenario the location details provided by the promoter to the competent authority while registering the project as per Section 4(2)(f) would be considered.

Calculation of allottees for the numerical threshold

As per the Code, the term “allottee” shall have the meaning assigned to it under Section 2(d) of the RERA which states that an allottee is a person to whom a plot, apartment or building is allotted by sale, transfer or otherwise by the promoter of the project or any subsequent owner.

In cases of joint allotments, wherein a single unit is allotted to more than one person, the joint allottees of that unit shall be considered to mean a single allottee.

Access to the information of allottees in a project

The Supreme Court, in Manish Kumar[12], reiterated the following provisions to address the concerns of homebuyers with regard to the asymmetry in availability of information.

Section 11(1)(b)[13] of the RERA, requires the promoter to upload quarterly updates of the number of apartments allotted on the RERA web page which can be referred to ascertain the total number of allottees till date. However, the Court failed to observe the fact that there is no obligation on the promoter to provide names and details of such allottees.

Section 11(4)(e) mandates the promoter to enable the formation of the association of allottees (association) within three months of the majority of units being allotted, in the absence of local laws, allowing the allottee to be privy to the details of fellow the allottees in the project. However, the Court overlooked the fact that there is no obligation on the promoter to form an association, in case the majority of units are not booked. Additionally, local laws of States like U.P. and Haryana require the formation of such association only after obtaining the completion certificate, thus slyly providing a loophole in favour of the promoters.

As a result, in the absence of such an association and where the promoter refuses to furnish the said information, the only redressal available to an allottee is to approach the real estate regulatory authority (authority). The authority using its discretionary powers under Section 37[14] may direct the promoter to furnish the required information.

The introduction of a numerical threshold for triggering the CIRP is a step in the right direction to curb the use of the Code as a debt recovery mechanism, thereby contradicting its primary objective of revival of an entity. This step ensures that the project does not collapse on the whims and fancies of a few disgruntled allottees.

However, the Court failed to address the major issue of unavailability of the necessary information faced by an allottee while meeting the newly imposed numerical threshold under the Code. This will pose a major hurdle in initiating the CIRP where the promoter is unable to meet his debt obligations and there is a dire need for an overhaul of the management.

The builders and the homebuyers are on the opposite sides of a weighing scale representing the real estate sector and the recently imposed thresholds have tilted the scales in favour of the builders. Thus, in order to create and maintain balance, it is necessary to implement regulations mandating the builders to publish the required information of allottees in the public domain. 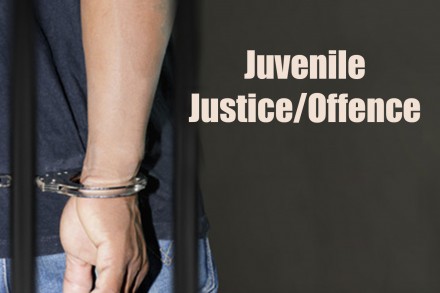 Adult time for adult crime – The road to juvenile justice 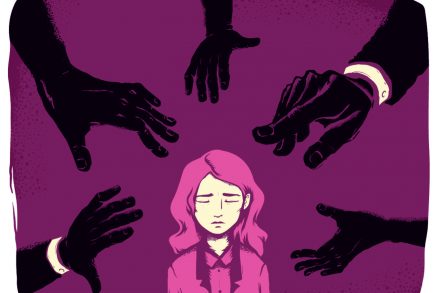