“An irreducible core of right to life is “dignity”. Right to human dignity comes in different shades and colours. (…) The right to dignity of an accused does not dry out with the Judges’ ink, rather, it subsists well beyond the prison gates and operates until his last breath.”

Born on 5th May, 1958, Justice Shantanagoudar enrolled as an Advocate on 05.09.1980 and practiced mainly in Civil, Criminal and Constitutional matters.

He was then appointed as Additional Judge of the Karnataka High Court on 12.05.2003 and as Permanent Judge on 24.09.2004. He was also the President of Bangalore Mediation Centre and Karnataka Judicial Academy.

He was elevated as Judge of the Supreme Court of India on 17th February, 2017. Read more…

Justice Shantanagoudar, who left for heavenly abode on April 24, 2021, left behind a legacy of significant rulings.

Let’s remember him through some of his notable judgments as a Supreme Court judge:

The bench of MM Shantanagoudar* and Vineet Saran, JJ has held that Section 195(1)(b)(i) CrPC will not bar prosecution by the investigating agency for offence punishable under Section 193 IPC, which is committed during the stage of investigation. This is provided that the investigating agency has lodged complaint or registered the case under Section 193, IPC prior to commencement of proceedings and production of such evidence before the trial court. In such circumstance, the same would not be considered an offence committed in, or in relation to, any proceeding in any Court for the purpose of Section 195(1)(b)(i) CrPC.

The bench of MM Shantanagoudar* and Vineet Saran, JJ has held that Section 89 of CPC and Section 69-A of Tamil Nadu Court Fees and Suit Valuation Act, 1955 contemplate the refund of court fees in all methods of out-of-court dispute settlement between parties that the Court subsequently finds to have been legally arrived at and not just to those cases where the Court itself refers the parties to any of the alternative dispute settlement mechanisms listed in Section 89 of the CPC.

In a case where United Bank of India inadvertently broke the Appellant’s locker, without any just or reasonable cause, even though he had already cleared his pending dues, the bench of MM Shantanagoudar* and Vineet Sarana, JJ Imposed costs of Rs. 5,00,000/­ on the Bank to be paid to the Appellant as compensation. The said is to be deducted from the salary of the erring officers, if they are still in service and if they have already retired, the amount of costs should be paid by the Bank. Additionally, the Appellant shall be paid Rs. 1,00,000/- as litigation expense.

Interpreting Section 167(2) CrPC, the 3-judge bench of UU Lalit, MM Shantanagoudar and Vineet Sarah, JJ has said that the Courts cannot adopt a rigid or formalistic approach whilst considering any issue that touches upon the rights contained in Article 21. It said,

“The history of the enactment of Section 167(2), CrPC and the safeguard of ‘default bail’ contained in the Proviso thereto is intrinsically linked to Article 21 and is nothing but a legislative exposition of the constitutional safeguard that no person shall be detained except in accordance with rule of law.”

The bench of Justice Shantanagoudar and Justice R. Subhash Reddy held that the Trial Judge has a duty under the Constitution and the CrPC, to identify and dispose of frivolous litigation at an early stage by exercising, substantially and to the fullest extent, the powers conferred on him.

“Frivolous litigation should not become the order of the day in India. From misusing the Public Interest Litigation jurisdiction of the Indian courts to abusing the criminal procedure for harassing their adversaries, the justice delivery system should not be used as a tool to fulfil personal vendetta.“

“it needs to be understood that prisoners tend to have increased affinity to mental illness. Moreover, due to legal constraints on the recognition of broad­spectrum mental illness within the Criminal Justice System, prisons inevitably become home for a greater number of mentally­ill prisoners of various degrees. There is no overlooking of the fact that the realities within the prison walls may well compound and complicate these problems.”

In the case where the investigative team has seized the sonography machine and made out a strong prima-facie case against the petitioner, the 3-judge bench of MM Shantanagoudar, Vineet Saran and Ajay Rastogi, JJ held no leniency should be granted at this stage as the same may reinforce the notion that the PC&PNDT Act is only a paper tiger and that clinics and laboratories can carry out sex-determination and feticide with impunity.

“A strict approach has to be adopted if we are to eliminate the scourge of female feticide and iniquity towards girl children from our society.”

The bench of MM Shantanagoudar and Dinesh Maheshwari, JJ has held that it cannot be laid down as an absolute rule of law that a dying declaration cannot form the sole basis of conviction unless it is corroborated by other evidence. It was held that:

The bench of NV Ramana and MM Shantanagoudar, JJ, on the issue relating to legality of the marriage of a Muslim man with an idolater or fireworshipper, said that such marriage “is neither a valid (sahih) nor a void (batil) marriage, but is merely an irregular (fasid) marriage.”

In the case where the Court was deciding the issue relating to interpretation of section 24 of the Right to Fair Compensation and Transparency in Land Acquisition, Rehabilitation and Resettlement Act, 2013 and section 31 of the Land Acquisition Act, 1894, the 3-judge bench of Arun Mishra, AK Goel and MM Shantanagoudar, JJ held that Non-deposit of compensation under Section 31 of LA Act, 1894 does not result in lapse of acquisition under 2013 Act. 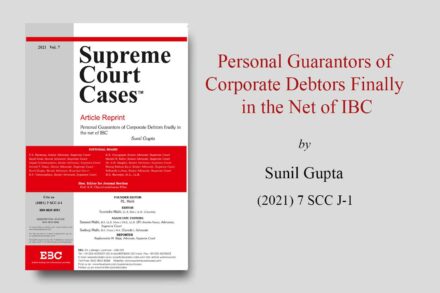 Personal Guarantors of Corporate Debtors Finally in the Net of IBC 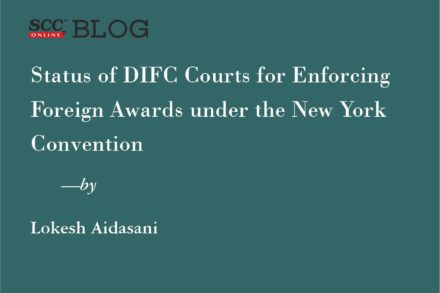 By Bhumika Indulia Published on November 8, 2022 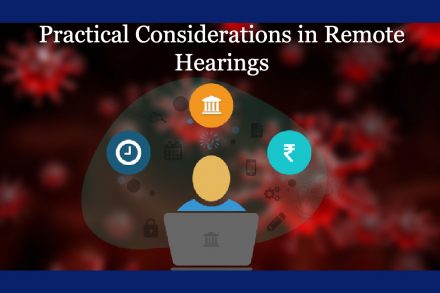