Delhi High Court: Subramonium Prasad, J., with regard to the settlement of disputes stated that:

“In crimes which seriously endangers the well being of the society, it is not safe to leave the crime doer only because he and the victim have settled the dispute amicably. “

Petitioner/Accused had met respondent 2 and revealed that his name to be Shiva and promised the complainant to marry her. Complainant and the Petitioner became intimate and had a physical relationship she had been promised marriage by the petitioner.

Later the respondent 2/complainant came to know that the petitioner had concealed his identity and his real name as ‘Akhtar’.

Respondent 2/Complainant stated in the FIR that the petitioner took her to Arya Samaj Mandir wherein they got married and in the marriage certificate he gave his name as Akhtar. After the marriage, the petitioner started demanding money and when respondent 2 visited his parents, she was driven away with them.

The instant petition was filed as the parties amicably settled their dispute.

Bench stated that the power of the High Court under Section 482 CrPC to quash proceedings is those offences which are non-compoundable is recognized.

Court noted that the Supreme Court time and again held that the High Court has to keep in mind the subtle distinction between the power of compounding offences given to the Court under Section 320 CrPC and the quashing of criminal proceedings and the jurisdiction conferred upon it under Section 482 CrPC.

Further, the Bench added that:

“While exercising its power under Section 482 CrPC, High Court is guided by the material on record as to whether the ends of justice would justify such exercise of power.”

Court referred to the Supreme Court decision in Gian Singh v. State of Punjab, (2012) 10 SCC 303, wherein it has been elaborated under what circumstances, criminal proceedings in a non-compoundable case could be quashed when there is a settlement between the parties.

In the case of Narinder Singh v. State of Punjab, (2014) 6 SCC 466, the Supreme Court laid down principles by which the High Courts should be guided in giving adequate treatment to the settlement between the parties.

An offence of rape is an offence against the society at large and apart from offence under Section 376, the petitioner is also accused of committing offences under Sections 419,467,468,471,474,506 and 34 IPC.

In view of the facts and circumstances of the case, Bench opined that it is not in a position to quash the FIR on the basis of compromise entered into between the parties and wherein it was stated that the petitioner/accused and the respondent 2 decide to stay as husband and wife and lead their peaceful marital life.

Supreme Court has repeatedly stated that when parties reach a settlement and on that basis a petition is filed for quashing criminal proceedings, the guiding factor for the High Court before quashing the complaint in such cases would be to secure; a) ends of justice, b) to prevent abuse of process of any court.

In view of the FIR and Status Report, Bench held that it’s evident that the petitioner has been accused of serious offences like rape and forgery having a bearing on vital societal interest and these offences cannot be construed to be merely private or civil disputes but rather will have an effect on the society at large.[Akhtar v. GNCTD,  2021 SCC OnLine Del 260 , decided on 01-02-2021] 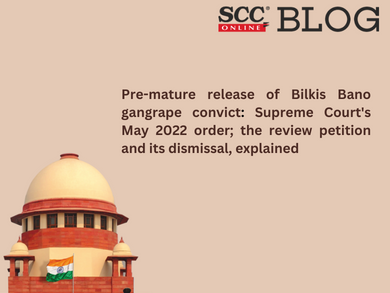 MP HC | Non-filing of certificate under S. 65-B of Evidence Act on an earlier occasion can be excused if it is filed at a later stage during trial