The present bail application was in regard to the case registered with Narcotics Control Bureau (NCB) for the offences under Sections 8(c) read with 20(b)(ii), 22, 27A, 28, 29 and 30 of the Narcotics Drugs and Psychotropic Substances Act, 1985.

Counsel for the applicant Satish Maneshinde raised the issue, whether NCB was competent to conduct the investigation. ASG urged that the Supreme Court in  Rhea Chakraborty v. State of Bihar,  2020 SCC OnLine SC 654 directed that the CBI should investigate any other case registered on the death of actor Sushant Singh Rajput and the surrounding circumstances of his unnatural death.

Further, the ASG stated that the investigation conducted by NCB does not relate to the death of Sushant Singh Rajput and the consumption of drugs by the later actor was only part of the investigation. The said investigation ran deep into uncovering a chain of illicit traffic and drugs.

Bench opined that the contentions raised by the ASG have to be accepted and Mr Maneshinde’s submission that NCB is not empowered to investigate are to be declined.

Bail provisions under the NDPS Act are laid under Section 37 of the said Act.

In accordance with the said Section, Court is required to provide an opportunity to the Public Prosecutor to oppose the relief. Further, the Court should be satisfied about two conditions:

Bench has decided the present matter based on the guidelines mentioned in the Supreme Courts decision of Union of India v. Rattan Mallik, (2009) 2 SCC 624.

Questions to be decided in the present application:

Whether all the offences under the NDPS Act are non-bailable?

Applicant’s Counsel stated that the offences involving small quantities of contraband are bailable and he relied on this Court’s decision in Stefan Mueller v. State of Maharashtra, 2010 SCC OnLine Bom 1974.

Court cited the decision of Constitution Bench of the Supreme Court in State of Punjab v. Baldev Singh, (1999) 6 SCC 172, wherein the ambit and scope of Section 50 of the NDPS Act was decided.

In the above decisions of State of Punjab v. Baldev Singh, (1999) 6 SCC 172 the amendment Act of 1988 was considered in detail and in clear terms, it was mentioned with no uncertainty that “Section 37 makes all the offences under the Act to be cognizable and non-bailable and also lays down stringent conditions for grant of bail.”

The above, categorical statement shows that Section 37, makes all offences non-bailable and lays down stringent conditions for grant of bail.

Hence, the High Court in the present matter, stated in view of the above that there is no further scope to argue that only some offences under the NDPS Act are non-bailable and other offences where punishment is less than three years are bailable as per Part II of the Schedule of CrPC.

Applicant’s Counsel particularly, Advocate Subodh Desai and Taraq Sayed contended that the above observations were ‘fleeting reference’ and do not have a binding effect.

To the above contention, bench stated that

Even obiter dictum of the Supreme Court is binding on this Court.

Further, the Court added that the observations in State of Punjab v. Baldev Singh, (1999) 6 SCC 172 are in the nature of ratio decendi and they cannot be termed as fleeting reference.

In the case of Director of Settlements, A.P. v. M.R. Apparao, (2002) 4 SCC 638,  it was observed that even obiter of Supreme Court is of considerable weight.

Interplay between Sections 27A & 37

Supreme Court in the decision of Union of India v. Niyazuddin Sk., (2018) 13 SCC 738 has enumerated the offences where special rigours apply.

“6. Section 37 of the NDPS Act contains special provisions with regard to grant of bail in respect of certain offences enumerated under the said section. They are:

Hence the Supreme Court observed that there are 4 categories and the offences involving commercial quantity is a separate category that has no direct connection with the earlier 3 categories i.e. Section 19, 24 and 27A.

Scope of Section 27A of the NDPS Act

Section 27A states the Punishment for financing illicit traffic and harbouring offenders.

As per NCB, the applicant financed procurement of drugs for Sushant Singh Rajput and harboured him knowing that he was consuming drugs and therefore she has committed offence punishable under Section 27A.

The word “financing” would necessarily refer to some activities involving illegal trade or business.

Hence, the allegations against the applicant of spending money in procuring drugs for Sushant Singh Rajput will not mean that she had financed illicit traffic.

Section 27A indicates that financing is in respect to illicit traffic through which the financer expects monetary or other returns. This Section makes harbouring a punishable offence.

Section 27A will have to be interpreted harmoniously with other Sections as well as Objects and Reasons of the Act so that it attacks the illicit drug trafficking, but, does not extend to sentencing another accused more severely than the main offender.

Bench also disagreed with the submission that giving money to another for consuming drug would mean encouraging such habit and would mean “financing” or “harbouring” as envisaged under Section 27 A of the NDPS Act.

Allegations against the applicant

Applicant on some occasions had used her own money in procuring drugs and facilitated through her brother. For the said purpose, Sushant Singh Rajput’s employees were also used.

Bench stated that the applicant’s acts will not fall under Section 27A of NDPS Act.

The investigation did not reveal any recovery either from the Applicant or from the house of Sushant Singh Rajput. It is NCB’s own case that the drugs were already consumed and hence there was no recovery.

There is nothing at this stage to show that the Applicant had committed any offence involving commercial quantity of contraband.

Court found that that there are reasonable grounds for believing that the applicant is not guilty of any offence punishable under Sections 19, 24 or 27A or any other offence involving commercial quantity.

Applicant was not part of the chain of drug dealers, she did not forward the drugs allegedly procured by her to somebody else and has no criminal antecedents. 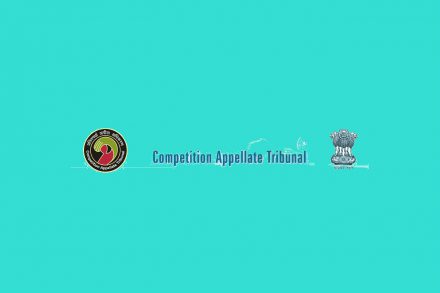