Supreme Court: A single judge bench of Hrishikesh Roy, J has reserved verdict actor Rhea Chakraborty’s plea seeking the transfer of an FIR, from Patna to Mumbai, accusing her of abetting in Sushant Singh Rajput’s alleged suicide on June 14, 2020. The Court has, in the meantime, asked the parties to submit written submissions by Thursday i.e. August 13, 2020.

Chakraborty, who was reportedly Sushant Singh’s girlfriend at the time of his death, has challenged Bihar police’s jurisdiction in the matter, given that the alleged crime took place in Maharashtra. Apprehending that all facets of the death of the his son will not be investigated properly by the Mumbai police, Krishna Kishore Singh has filed the above FIR on 25.07.2020, which led to registration of the case by Rajeev Nagar Police Sation, Patna. Several allegations are leveled against Chakraborty in connection with the suicidal death of the Actor and, therefore, she has filed this Petition for transfer of the proceedings from the Bihar Police to the Mumbai Police Authorities.

“the Complainant is apprehensive about misdirection of the investigation by the Mumbai Police and, therefore, the Bihar Police Authorities should be permitted to carry on their investigation into the suspicious circumstances on the death of the son of the Complainant.”

State of Maharashtra on the other hand, argued that Patna police has no jurisdiction to either lodge an FIR or investigate it and this has been made a political case. Senior advocate R. Basant submitted,

“the Bandra Police Authorities are conducting a professional investigation and he be given time to place on record the stage and nature of the investigation, conducted so far.”

Senior Advocate Shyam Devan, appearing for Chakraborty, argued that the case is registered at the instance of the deceased actor’s father by the Patna Police Authorities, without any jurisdiction. 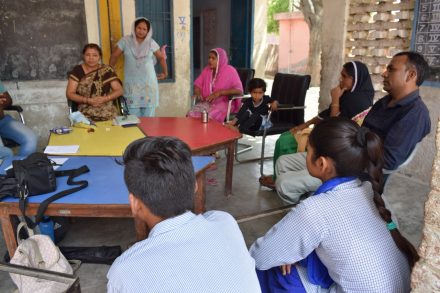