Supreme Court: The 3-judge bench of R. Banumathi, Ashok Bhushan and AS Bopanna, JJ has refused to review it’s order dated 21.01.2020 wherein it had dismissed the SLP filed by Pawan Kumar Gupta, one of the four death row convicts in the Nirbhaya Gang rape case, “reagitating” the plea of juvenility. The order of the Court read,

“We have perused the Review Petition and the connected papers carefully and are convinced that the order, of which review has been sought, does not suffer from any error apparent warranting its reconsideration.”

Pawan Kumar had  contended that he was a juvenile under the Juvenile Justice (Care and Protection of Children) Act, 2000 at the time of commission of the offence and that the same is apparent from the School Leaving Certificate. He claimed that as per his records, his date of birth is 08.10.1996 and therefore, on the date of alleged incident i.e. 16.12.2012, the petitioner was aged only 16 years 02 months and 08 days.

Bom HC | Appellate Authority for GST has jurisdiction to advert to ‘new grounds’ in support of its decision, that were not raised before the Advance Ruling Authority 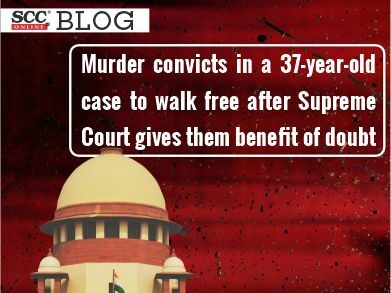