Supreme Court: Almost after 5 years of the commission of the horrendous crime that shook not only the nation but the world, the Court upheld the death penalty of the 4 accused persons in the Nirbhaya rape and murder case, where a 23-year old girl was gangraped and tortured in a moving bus in Delhi on 16.12.2012. She succumbed to her injuries 13 days later in a hospital in Singapore. The Court said that It sounds like a story from a different world where humanity has been treated with irreverence.

Writing down a 429 page long judgment, the Court noticed that attacking the deceased by forcibly disrobing her and committing violent sexual assault by all the appellants; and insertion of rod in her private parts that, inter alia, caused perforation of her intestine which caused sepsis and, ultimately, led to her death, shows that the accused persons had found an  object for enjoyment in her and, as is evident, they were obsessed with the singular purpose sans any feeling to ravish her as they liked, treat her as they felt and the gross sadistic and beastly instinctual pleasures came to the forefront when they, after ravishing her, thought it to be just a matter of routine to throw her alongwith her friend out of the bus and crush them. The Court said that the casual manner with which she was treated and the devilish manner in which they played with her identity and dignity is humanly inconceivable.

R Banumathi, J, emphasizing upon the need for actions against the crime against women, said that the offences against women are not a women’s issue alone but, human rights issue. Increased rate of crime against women is an area of concern for the law-makers and it points out an emergent need to study in depth the root of the problem and remedy the same through a strict law and order regime. There are a number of legislations and numerous penal provisions to punish the offenders of violence against women. However, it becomes important to ensure that gender justice does not remain only on paper. She added that public at large, in particular men, are to be sensitized on gender justice.

The Trial Court awarded capital punishment to the accused considering the gruesome manner in which the offence was committed and the Delhi High Court had upheld the decision of the Trial Court. Ram Singh, the prime accused, had committed suicide in his cell in Tihar Jail in the year 2013. 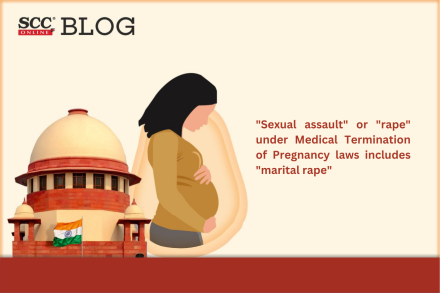 By Prachi Bhardwaj Published on September 30, 2022