“Wherever the Builder commits a particular date or time frame for completion of the construction and offering possession to the Buyer, they must necessarily honour the commitment made by them.”

In the present matter, Consumer Complaints, under Section 21 read with Section 12(1)(a) of the Consumer Protection Act, 1986  have been filed by the Complainants, the Allottees of Residential Flats/Apartments in a Project, namely, “Mahagun Mezzaria” to be developed and constructed by the Opposite Party, seeking possession of their respective booked Flats or refund of the amount paid with interest and compensation for the losses suffered by them on account of Unfair and Restrictive Trade Practices adopted and the deficient services rendered by the Opposite Party in not handing over the possession of the allotted Flats/Apartments within the stipulated time.

Complainant stated that despite paying the entire sale consideration for the booked flat, the possession of the same, which was to be delivered has not materialized till date, penalty promised in the Allotment Letter for the delay in construction has also not been paid, layout plan of the project has been got amended twice making various changes to the Project including addition of commercial shops open to general public raising various concerns including safety and security, that the Complainants have to pay enhanced Samp duty due to delay in handing over of possession and that the OP has levied the maintenance charges that would be enhanced @15% annually.

Tribunal further stated that the only question for consideration in the present case is, as to whether the Complainants are entitled to any compensation for the delay on the part of the OP in offering possession to them and if so, what should be the quantum of compensation that OP needs to pay to them.

The reasons for the delay as stated by the Developer amounted to demonetization and implementation of GST, which ultimately resulted to cause delay on account of the shortage of cash for payment to the labour, shortage of labour and material, no documents were placed on record by the OP. Therefore the said contention cannot be accepted.

OP is ready and willing to hand over possession of the allotted flats with compensation to the Complainants, but some Complainants are not interested in the same due to delay of more than 4 years in delivering the possession change in layout plan and there being no committed date in the near future of completion of the Project. Therefore, they have sought a refund of the amount along with interest and compensation.

Tribunal in view of the stated that, Complainants cannot be made to wait indefinitely for the delivery of the possession when they had already paid almost entire consideration. In such circumstances, it is well within the Complainant’s right to seek for refund of the principal amount with interest and compensation.

In the present case, Tribunal in favour of the Complainants also stated that, Complainants cannot be made to wait indefinitely as the possession of the Unit has not been handed over to them so far and the Opposite Party is enjoying the benefits of their hard-earning money deposited with it.

“If the Builder fails to comply with the contractual obligation and at the same time, is unable to show that the delay in completion of the Flat and offering its possession to the Consumer is on account of circumstances beyond his control, this would constitute deficiency on the part of the Builder/Service Provider in rendering services to the Consumer.”

Hence, Complainants cannot be made to wait for such a long period, they are entitled to refund of the deposited amount along with compensation @12%. [Anil Kumar Jain v. Nexgen Infracon (P) Ltd., 2019 SCC OnLine NCDRC 716, decided on 23-12-2019] 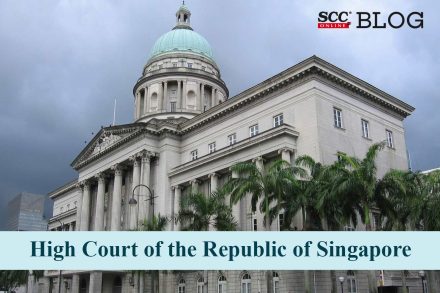 Madras HC on setting up Benches of Supreme Court: An Indian, from a far-flung corner, has been unable to approach great Citadel of Justice, hailed as the ‘sentinel on the qui vive’

All HC | Can a boy and girl living together of their own free will be harassed or threatened by anyone in their peaceful living? Court restates legal position