Supreme Court of the Democratic Socialist Republic of Sri Lanka: A Full Bench of Buwaneka Aluwihare, L.T.B. Dehideniya and Murdu N.B.Fernando, JJ., dismissed an application filed alleging the infringement of the petitioner’s Fundamental Rights guaranteed under Articles 11, 12(1) and 13 of the Constitution.

The Court while dismissing the petition explained that since the petitioner was unable to establish the allegations leveled against the respondents the submission relating to the breach of ‘police rules’ does not have any merit and since no medical evidence produced before Court substantiated that use of force or an act of assault was committed on the petitioner by the respondents and it is important to note that Attorney-at-Law is governed by the Supreme Court Rules of 1988 where it is specifically stated that on Attorney at-Law must not conduct herself in any manner which would be reasonably regarded as unworthy, disgraceful and dishonorable by Attorneys-at-Law of good repute. Thus the Court held that the petitioner’s Fundamental Rights have not been violated. [Ratnayaka Weerakoonge Sandya Kumari v. Lakshitha Weerasinghe, SC FR 75 of 2012, decided on 18-12-2019] 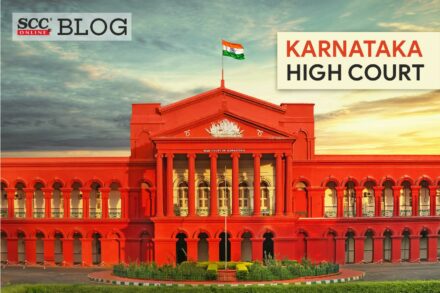 “Rise of the pseudo-therapists on public domain who are but camouflaged instagram influencers, needs to be regulated”; Karnataka HC expresses concern

[Remdesivir shortage] Bom HC | “How such drug in such short supply, is available to Politicians and Actors for distribution to public at large?”HC pulls up state over inadequate crisis management

J&K and Ladakh HC | Consent of two adults entering into wedlock, ought to have pious primacy over consent of family, clan or community