Jammu and Kashmir High Court: Rashid Ali Dar, J. allowed a habeas corpus petition and quashed detention order of a person who had been under Section 3 of the Prevention of Illicit Traffic in Narcotic Drugs and Psychotropic Substances Act, 1988. (hereinafter “the Act”).

Petitioner herein (detenue) was supplying 50 bottles of fenoerox to retailers as per the order placed with his employer. He was stopped by the police and booked under Section 8 read with Section 22 of Act; and was taken into preventive detention under Section 3 of the Act. He filed the instant petition challenging the detention order on the ground that detaining authority had not applied its mind to the provisions of the Act and particularly Article 22(5) of the Constitution of India. Further, the allegations mentioned in the grounds of detention were vague. Lastly, the detaining authority had not recorded its satisfaction to the effect that ordinary law is not sufficient to prohibit the detenue to repeat the offence. Thus, the order was bad in law and liable to be set aside.

Z.A. Qureshi, learned counsel for the  petitioner contended that the impugned order of detention or the grounds of detention formulated by the detaining authority did not indicate any compelling reason necessitating preventive detention of the petitioner after he had already been taken in custody by police for alleged commission of offence under Sections 8 and 22 of the NDPS Act. Thus, his preventive detention was illegal for the same having been passed at a time when petitioner was in the custody of the authorities of the State. It was also contended that the ground for detention was vaguely stated as “exploiting the young generation making them dependent on drugs and to make them habitual addicts”, which incapacitated the petitioner to make an effective representation in terms of Article 22(5) of the Constitution of India.

Javaid Iqbal, learned counsel for the respondent submitted that the detention order was proper as activities of the petitioner were prejudicial to the State. In this regard, he placed reliance on Sections 6, 9, 10 and 11 of the Jammu and Kashmir Prevention of Illicit Traffic Substance Act, 1988.

The Court opined that normally preventive detention of a person, who is already in custody of the State agencies in connection with the commission of offence under substantive law allegedly committed, must not be ordered. Preventive detention of such a person can be ordered only if the detaining authority has “compelling reasons” to believe that he is likely to be released in the substantive offence either on bail or due to his acquittal or discharge. Reliance in this regard was placed on Dharmendra Suganchand Chelawat v. Union of India, (1990) 1 SCC 746.

It was noted that at the time of passing the detention order, the petitioner was already in custody in connection with offence under Sections 8 and 22 of NDPS Act, which is a non-bailable offence. The detaining authority had not recorded any reason to believe that there was any possibility of immediate release of the petitioner from custody. Normal law, could properly deal with the matter in hand. Further, relying on Chaju Ram v. State of Jammu and Kashmir, (1970) 1 SCC 536 it was opined that the allegations levelled against the petitioner were vague and the same invalidated his detention order. 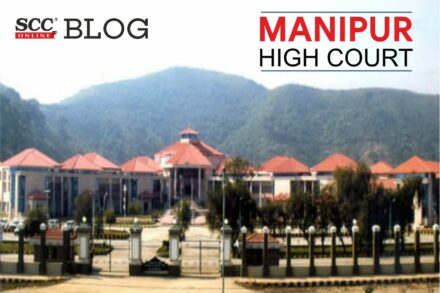 Not open for Courts to usurp function of disciplinary authority; Can’t substitute one disciplinary punishment with other: SC