Uttaranchal High Court: A Division Bench of Sudhanshu Dhulia and R.C. Khube, JJ. entertained an appeal filed against the impugned judgment and order passed by Family Court, which rejected the petition under Section 13 of Hindu Marriage Act, 1955 filed by the appellant.

Facts which gave rise to appeal were that marriage was solemnized in 2010 as per the Hindu rites and rituals. The appellant and respondent were living together after the marriage in appellant’s parental house along with appellant’s mother and child. The appellant contended that soon after, the respondent started to intimidate him for selling the house and shift to Delhi and live separately. It is also alleged by the appellant that the respondent stared to threaten him to commit suicide if her demands were not fulfilled. The appellant-accused respondent of attempting to commit suicide and assaulting his mother because of her unfulfilled demands. The appellant tried to convince the respondent but she refused to fulfill her marital duties, and in 2012, in the absence of the appellant, she left her matrimonial home. After which the appellant filed an application under Section 9, during the hearing the respondent appeared before the Court and made a statement regarding going back to her husband. It was also contended by the appellant, that parties stayed together for some time at Haridwar as per the compromised reached between the parties but even then, the respondent refused to consummate marital relations. And since two years both were living separately.

The learned counsel for the appellant Tapan Singh, submitted that despite of the order of Court the respondent was not fulfilling the marital duties. She treated appellant’s mother with utmost disrespect which amounted to cruelty. He also submitted that the behaviour of the alleged respondent towards appellant is humiliating and disrespectful before other relatives, which also caused mental stress to the respondent. Under the drastic circumstance appellant filed for divorce under Section 13(1)(ia) and (ib) of HMA, 1955, as the respondent deserted him for a period of 2 years.

The learned counsel for the respondent Syed Jafri, submitted that an FIR was lodged against the appellant under Sections 406 and 498-A IPC. Further, a mutual divorce application was rejected by the Family Court since both the parties were unable to arrive at consent. The learned Family Court dismissed the divorce petition filed by the appellant as well the petition filed by the respondent under Section 26 of the Hindu Marriage Act.

The Court rejected the contentions of the appellant for relief under Section 13 (1)(ib) as the period of desertion was not proved beyond the statutory limit for divorce. But the ground of cruelty was considered by the Court and it relied upon the judgment of Delhi High Court in, Rajinder Bhardwaj v. Anita Sharma, AIR 1993 Delhi 135, where it was held that if the wife physically assaults the mother-in-law and abuses her, it will amount to cruelty. It also addressed the issue related to behavior of the respondent towards appellant which was alleged disrespectful, and held, “Disrespectful and disparaging remarks by the respondent wife against the appellant-husband would amount to cruelty under Section 13(1) (i-a) of the Act as laid down in Santana Banerjee v. Sachindra Nath Banerjee, 1989 SCC OnLine Cal 257’’.

The Court considered the facts and circumstances of the case and stated that living separately of the parties for a long time, public insult, an embarrassment to the appellant, agony, and humiliation suffered by the appellant, charging the appellant with false allegations amount to cruelty by the respondent towards her husband. The respondent wife is living separately for the last five years and presently staying at Delhi with a son born from the wedlock of the parties. Held, “relationship between the parties had deteriorated to the extent that there was no possibility of any reconciliation. Their relationship had reached to the point from where there appears no possibility of harmonious conjugal relationships or their being living together as husband and wife and discharging the matrimonial duties. This itself amounts to a cruelty, if allowed to continue.” The appeal was allowed and the marriage was dissolved.[Sheenu Mahendru v. Sangeeta, 2019 SCC OnLine Utt 376, decided on 23-05-2019] 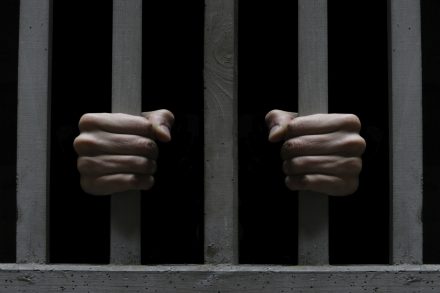