Uttaranchal High Court: A Division Bench comprising of Sudhanshu Dhulia and Rajiv Sharma, JJ., dismissed a contempt petition against a ‘Judge of a court of record’ purely on the question of law.

This petition was filed by the petitioner who was an advocate, against an alleged contempt of Court, said to be committed by the respondent who was the sitting judge of a High Court of having lost his temper along with the use of intemperate language against the petitioner. Additionally few other incidences were also stated wherein unsavoury innuendos were allegedly used plus the petitioner was threatened and warned that he would be sent to jail.

The question before the court was whether a contempt petition against the respondent “of his own Court” was at all maintainable. There were three ways for initiating proceedings under Section 15 of the Contempt of Courts Act – (a) either taken up suo motu by a Court or (b) on a motion by the Advocate General or (c) by any other person with the consent in writing of the Advocate General. The consent of advocate general was necessary as he was a Constitutional Authority.

In the present case, a contempt petition was neither filed by the Advocate General or with his consent therein nor was taken up suo motu by the Court, therefore would be regarded merely as ‘information’. The court pressed upon the fact that the matter could only be taken up for consideration if it was ‘contempt on the face of it’ but in this case contempt cannot be initiated against a Judge of a Court of Record, on a charge of ‘committing contempt of his own court.’

The Supreme Court in State of Rajasthan v. Prakash Chand, (1998) 1 SCC 1, also held that a contempt petition does not lie against a Judge of Court of Record.
The Court concluded by saying that “The duty of a Judge, after all, was to dispense justice – without fear or favour, affection or ill will, without passion or prejudice. It is not a part of his duty to please litigants or keep lawyers in good humor. A Judge, ironically, with respect to the office he holds, does not enjoy much liberty and freedom. The principal requirement for all Judges, and particularly for a Judge of Court of Record, is to maintain his independence. A Judge can also be very helpless at times with respect to the position he holds hence for the sake of the independence of judiciary, a Judge has to be protected, from vexatious charges and malicious litigations.” Hence for the above reasons Judge of Court of Record cannot be tried for committing a contempt of his own Court. [Chhitij Kishore Sharma v. Justice Lok Pal Singh, CCP No. 03 of 2018, Order dated 04-09-2018] 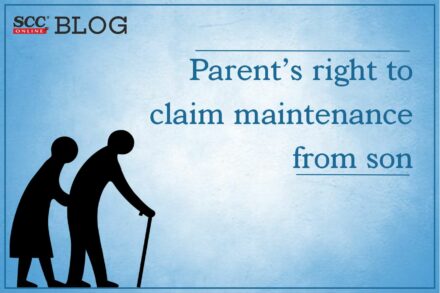 Classification of retirees of BSNL VRS-2019 as distinct from those superannuating in normal course is a clear violation of Article 14 and 16 of the Constitution: Delhi High Court

Principles governing power of Courts to direct Retrial and Joint Trial, as laid down by Supreme Court