On Day 4 of the Aadhaar hearing, the 5-judge bench of Dipak Misra, CJ and Dr. AK Sikri, AM Khanwilkar, Dr. DY Chandrachud and Ashok Bhushan, JJ, heard submissions of Senior Advocate Shyam Divan who continued with discussing the various provisions of the Aadhaar Act, 2016. On Day 3 of the hearing, Shyam Divan had discussed the scope and applicability of the 9-judge bench Privacy verdict on the Aadhaar issue and was taking the Court through various provisions of the Aadhaar Act, 2016 when the Bench rose for the day. Below are the highlights from Day 4 of the hearing:

Heads of challenge to the Aadhaar Act as specified and explained by Shyam Divan :

Also read the highlights from Day 1, Day 2 and Day 3 of the hearing.

By Bhumika Indulia Published on September 23, 2020 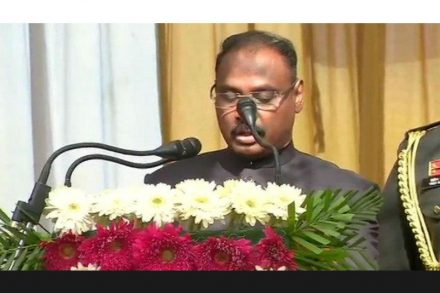 A Judicial Officer, An Advocate and A Judge | Read Appointment and Transfer Order