Delhi High Court: A Single Judge Bench comprising of S.P Garg, J held that the sole testimony of the investigating officer cannot be grounds for convicting the accused under the NDPS Act in the absence of other evidence.

In this case, an intelligence officer, Directorate of Revenue Intelligence received a secret information on phone about two persons of certain descriptions who would arrive at a certain bus stop on Wazirabad road at about 9:00 p.m. carrying contraband. The said call was allegedly made at around 5:00 p.m. This information was recorded in writing and placed before senior officers and the complainant was directed to take necessary steps which resulted in the arrest of two persons matching the description given by the anonymous caller with around 6 kg of heroine in their possession. The DRI claims that during the arrest, two public persons joined the raiding team at about 8:30 p.m.

The Court found many discrepancies in the investigation and arrest. The Court questioned the absence of the two public persons during cross-examination. Moreover, the anonymous tip was recorded in a loose sheet of paper. Moreover, the DRI was unable to make a case as to where the accused persons had come from, where they were headed, who they were bringing the contraband for where they got the contraband from. In light of the above-mentioned circumstances surrounding the case, the Court allowed the appeal setting aside the sentence. [Mohammad Burhan v. Directorate of Revenue Intelligence, 2017 SCC OnLine Del 10060, decided on 24.08.2017] 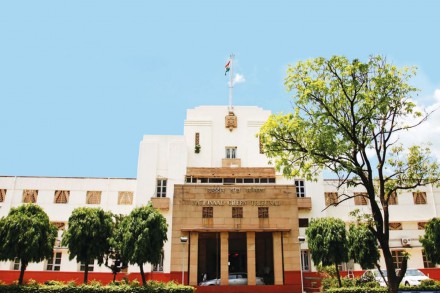 Ker HC | “Protestors shall not be deprived of access to justice”; HC directs release of detained Lakshadweep protestors

Bom HC | Statutory disability to prosecute accused under S. 138 of NI Act is not removed by enforcement of SICA Repeal Act