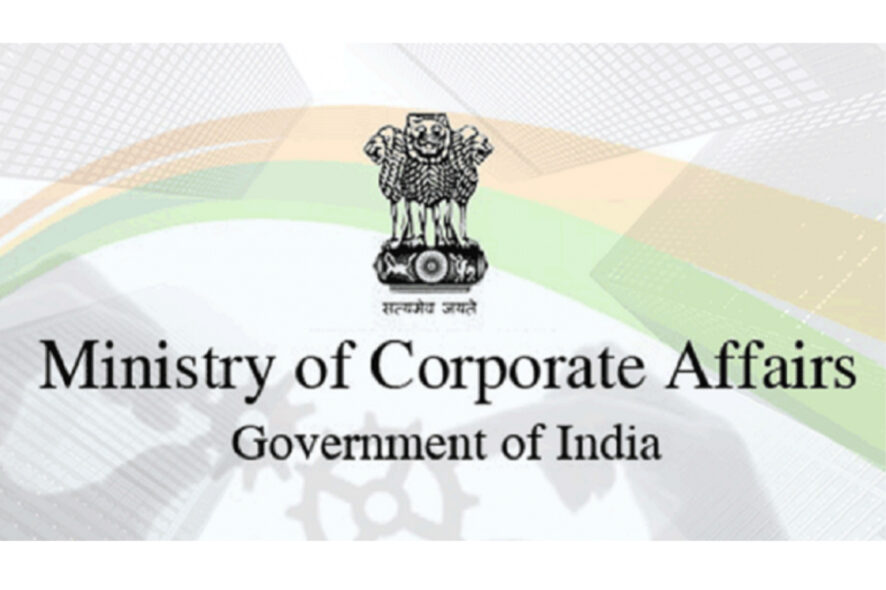 The following shall be inserted in the Investor Education and Protection Fund Authority (Accounting, Audit, Transfer and Refund) Rules, 2016, namely:-

6A. Manner of transfer of shares under sub-section (9) of section 90 of the Act to the Fund.-

(1) The shares shall be credited to DEMAT Account of the Authority to be opened by the Authority for the said purpose, within a period of thirty days of such shares becoming due to be transferred to the Fund:

(2) For the purposes of effecting transfer of such shares, the Board shall authorise the Company Secretary or any other person to sign the necessary documents.

(3) The company shall follow the following procedure while transferring the shares, namely:-

(A) for the purposes of effecting the transfer, where the shares are dealt with in a depository-

(i) the company shall inform the depository by way of corporate action, where the shareholders have their accounts for transfer in favour of the Authority,

(ii) on receipt of such intimation, the depository shall effect the transfer of shares in favour of DEMAT account of the Authority;

(i) the Company Secretary or the person authorised by the Board shall make an application, on behalf of the concerned shareholder, to the company, for issue of a new share certificate;

(iii) particulars of every share certificate shall be in Form No. SH-1 as specified in the Companies (Share Capital and Debentures) Rules, 2014;

(iv) after issue of a new share certificate, the company shall inform the depository by way of corporate action to convert the share certificates into DEMAT form and transfer in favour of the Authority.

(4) The company shall make such transfers through corporate action and shall preserve copies for its records.

(5) While effecting such transfer, the company shall send a statement to the Authority in Form No. IEPF-4 within thirty days of the corporate action taken under sub-rule (4) of rule 6A containing details of such transfer and the company shall also attach a copy of order of the Tribunal under sub-section (8) of section 90 of the Act along with a declaration that no application under sub-section (9) of section 90 of the Act has been made or is pending before the Tribunal.

(6) The voting rights on shares transferred to the Fund shall remain frozen: Provided that for the purpose of the Securities and Exchange Board of India (Substantial Acquisition of Shares and Takeovers) Regulations, 2011, the shares which have been transferred to the Authority shall not be excluded while calculating the total voting rights.

(7) The company shall maintain all such statements filed under sub – rule (3) in the same format along with all supporting documents and the Authority shall have the powers to inspect such records.

(8) All benefits accruing on such shares like bonus shares, split, consolidation, fraction shares and the like except right issue shall also be credited to such DEMAT account [by the company which shall send a statement to the Authority in Form No. IEPF-4 within thirty days of the corporate action containing details of such transfer.]

(9) If the company is getting delisted, the Authority shall surrender shares on behalf of the shareholders in accordance with the Securities and Exchange Board of India (Delisting of Equity Shares) Regulations, 2009 and the proceeds realised shall be credited to the Fund and a separate ledger account shall be maintained for such proceeds.

(11) Any further dividend received on such shares shall be credited to the Fund and a separate ledger account shall be maintained for such proceeds.

(12) Any amount required to be credited by the companies to the Fund as provided under sub-rules (9), (10) and sub-rule (11) shall be remitted into the specified account of the IEPF Authority maintained in the Punjab National Bank [and the details thereof shall be furnished to the Authority in Form No. IEPF-7 within thirty days from the date of remittance].

(13) Authority shall furnish its report to the Central Government as and when non-compliance of the rules by companies came to its knowledge. 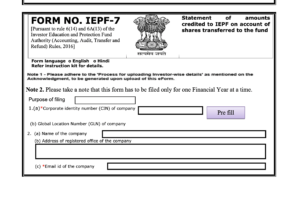 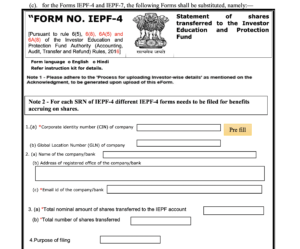 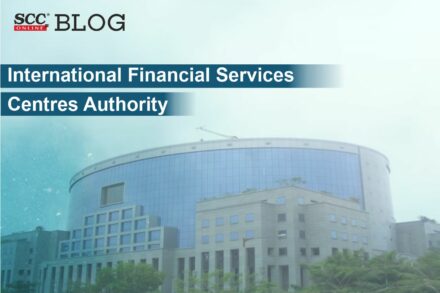