Rajasthan High Court: A Division Bench of Narendra Singh Dhaddha and Mohammad Rafiq, JJ. disposed of a writ petition seeking to correct a bonafide error in an order passed by the present Court.

The present case relates to several writ petitions filed by the petitioners claiming for clarifying/modifying a typographical error present in the operative part of a judgment dated 18-07-2019.

Counsel for the petitioners, Mukesh Kumar Meena submitted that the present court while placing reliance on the Supreme Court judgment Pallav Mongia v. Delhi High Court erred in its own direction by stating that only the candidates who have secured more marks than the last candidate originally permitted to appear in the main examination should be allowed to appear in the main examination whereas, the Supreme Court had provided that also the candidates who have secured equal marks shall be permitted to take the mains examination along with candidates securing higher marks.

Senior Advocate A.K. Sharma submitted that the High Court made a bona fide mistake while relying on the aforementioned judgment and omitted the word “equal” inadvertently in its operative part.

The present Bench upon perusal of the order passed dated 18-07-2019, acknowledged the inadvertent mistake committed in the stated order and modified it by including the word equal in the paragraph. The operative part stands modified thus:

“In view of the discussion made above, present writ petitions deserve to partly succeed, only to the extent of Question A/66, B/62, C/55, D/66, with direction to the respondents to delete that question from the question paper booklet and keeping in view the ratio of judgment of the Supreme Court in Pallav Mongia v. Registrar General, Delhi High Court, supra, recompute the marks so as to prepare fresh list of eligible candidates, by including all such candidates therein, who secure equal or more marks than the last candidate, in respective categories, originally allowed to appear in the main examination and apart from originally allowed candidates, also permit the candidates newly included in the eligibility list, to appear in the main examination, for recruitment to Civil Judge Cadre, subject to their securing minimum qualifying marks, on reduced number of questions, as per stipulation in Clause 7 of the advertisement dated 15-11-2018 or as per the Rajasthan Judicial Services Rules, 2010.” [Hemank Vaishnav v. Rajasthan High Court, 2019 SCC OnLine Raj 1872, decided on 30-07-2019] 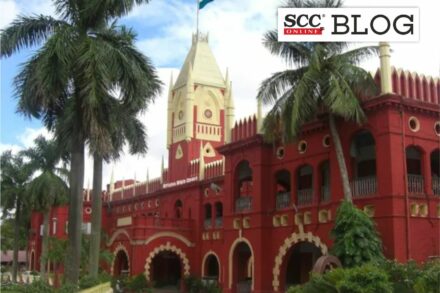 Ori HC highlights need for equity in cases of deferred payments; Interest to be paid in delayed payment of arrears due to administrative laches

MP HC | Credibility and reliability of witnesses can’t be looked into at the stage of bail; Court rejects bail application

Del HC | Does Exception 3 to S. 28 of Contract Act deal with claim period within which beneficiary is entitled to lodge claim? Court discusses