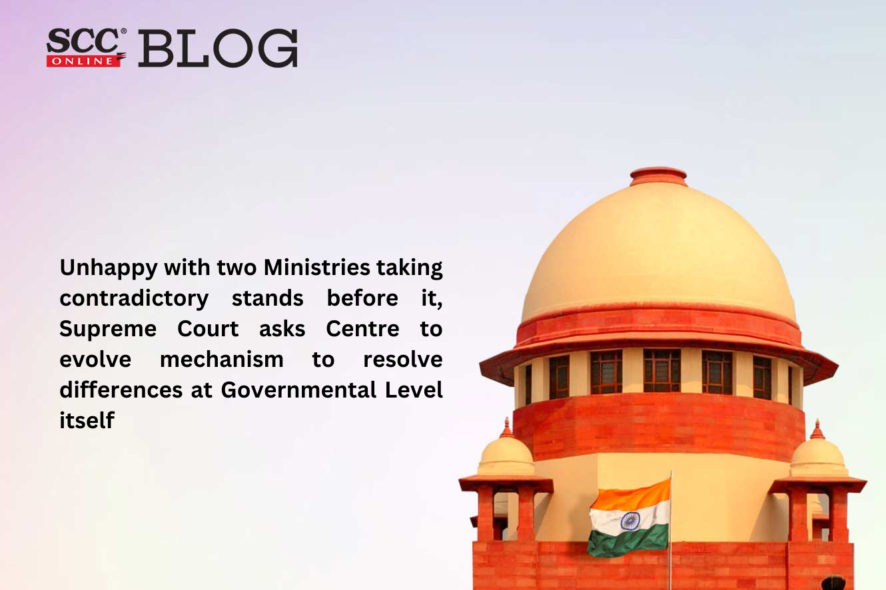 Supreme Court: In a dispute between Central Warehousing Corporation(CWC) and Adani Ports Special Economic Zone Limited (APSEZL) over 34 acres of land wherein the Ministry of Commerce and Industry (Ministry of C & I) and the Ministry of Consumer Affairs, Food and Public Distribution (Ministry of CAF&PD) had taken contradictory stands, the bench of BR Gavai* and CT Ravikumar has observed that the two departments of the Union of India cannot be permitted to take stands which are diagonally opposite. The Court has hence asked the Union of India to evolve a mechanism to ensure that whenever such conflicting stands are taken by different departments, they should be resolved at the governmental level itself.

The Issue relates to 34 acres of land that was leased to CWC for setting up a warehouse. The lease was to continue till 2031. For the uninitiated, CWC set up by the Government of India in the year 1957 to provide support to the agricultural sector by operating warehouses and Container Freight Stations across the country.

It was Adani Ports Special Economic Zone Limited (APSEZL)’s case that CWC had not obtained and complied with all approvals, consent and permits under the applicable law pertaining to the sub-leased premises and hence, it had taken a decision of discontinuing the issuance of gate-passes, and further that it would not permit CWC to continue the warehousing activities.

Being aggrieved, CWC filed the first writ petition before the Gujarat High Court but since the Single Judge of the High Court did not grant an interim relief while issuing notice, CWC went on to file an LPA.

Meanwhile, the Ministry of C & I rejected the request of CWC to delineate/denotify the said land. Being aggrieved thereby, CWC filed the second writ petition before the High Court.

The Court, hence, directed the Registry to furnish a copy of the judgment to the Attorney General for India to do the needful and suggested the Union of India to evolve a mechanism to ensure that whenever such conflicting stands are taken by different departments, they should be resolved at the governmental level itself.

On the facts of the case, the Court has set aside the judgment passed by the Division Bench of the High Court and has remitted the matter back to the Single Bench and has directed expeditious disposal of matter within 6 months.

Delhi High Court: In an appeal filed challenging the judgment passed by the Single Judge whereby the writ petition of the Appellant was dismissed on the ground that it was not maintainable as Gems & Jewellery Export Promotion Council (GJEPC) did not fall within the ambit of State under Article 12, a Division Bench of Satish Chandra Sharma CJ., and Subramonium JJ., held that the writ petition would not be maintainable as the GJEPC, does not fall within the ambit of “State” and “other authorities” under Article 12 as GJEPC does not satisfy any of the requirements or tests laid down by various Judgements of the Supreme Court for establishing whether or not an authority can be deemed to be a “State” under Article 12 or not.

The Court noted that Article 12 should not be stretched so as to bring in every autonomous body which has some nexus with the government within the sweep of the expression “State”. The State control, however vast and pervasive, is not determinative. The financial contribution by the State is also not conclusive. The combination of State aid coupled with an unusual degree of control over the management and policies of the body, and rendering of an important public service being the obligatory functions of the State may largely point out that the body is “State”.

Placing reliance on Pradeep Kumar Biswas v. Indian Institute of Chemical Biology, (2002) 5 SCC 111 and Zee Telefilms. Ltd. v. Union of India, (2005) 4 SCC 649, the Court observed that the control that must be exercised by the State over the authority should be pervasive in nature to the extent that the authority should have limited autonomy. These are the broad guidelines that must be borne in mind when venturing into the question as to whether or not a certain authorities can be termed to be a “State”.

Thus, the Court analyzed MoA, AoA and other documents to discern whether GJEPC can be brought within the net of “other authorities” for the purpose of Article 12 and observed that a deep dive into the AoA and MoA of the GJEPC only brings forth the understanding that the GJEPC is a nodal agency, meant to mediate between exporters of gems and jewellery, and the Central Government.

The Court further noted that the function performed by the GJEPC cannot be termed as “public duty” and any administrative or financial hold that the Central Government is deemed to have over GJEPC is far from pervasive. The GJEPC retains its autonomous character and it is the CoA which not only looks after the affairs of the GJEPC, but is also empowered to make rules and regulations with regard to conditions of service, appointment, elections, etc. GJEPC does not satisfy any of the requirements or tests laid down by various Judgements of the Supreme Court for establishing whether or not an authority can be deemed to be a “State” under Article 12.

The Court thus, held that the impugned judgement wherein it was held that the writ petition would not be maintainable as the GJEPC does not fall within the ambit of “State” and “other authorities” under Article 12 of the Constitution of India, is legally firm and does not require any interference on the part of this Court. 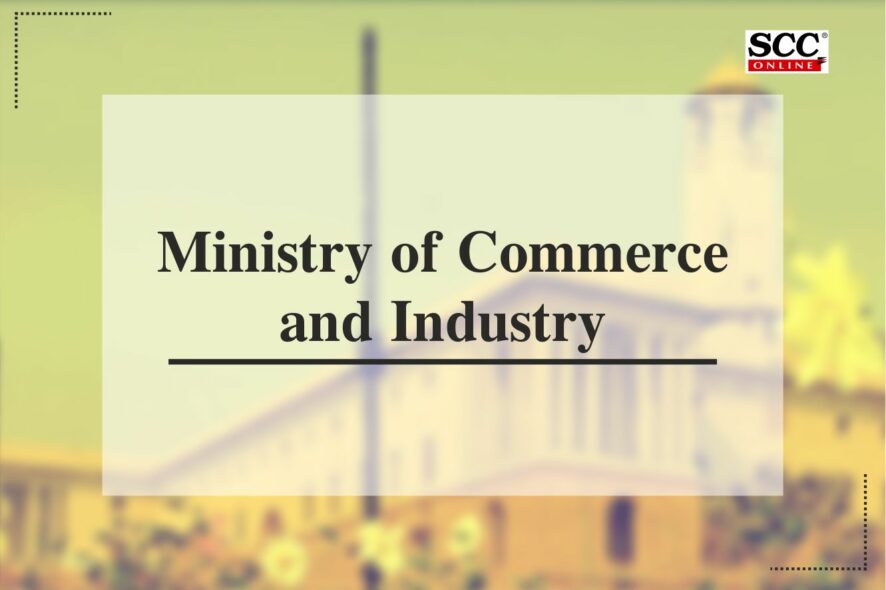 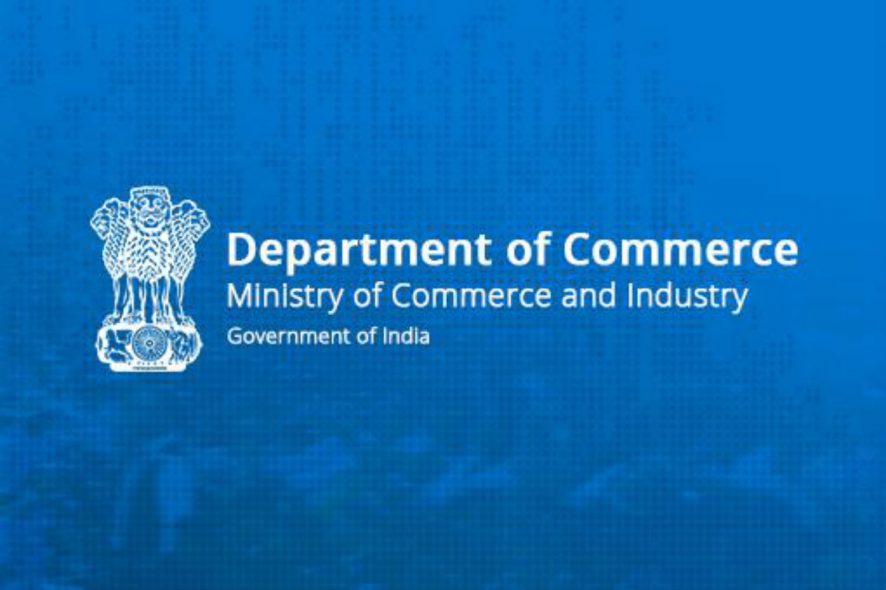 Taking steps towards the Prime Minister’s vision of making India a global manufacturing hub for sale & exports of toys, Department for Promotion of Industry and Internal Trade (DPIIT), Ministry of Commerce and Industry has devised a comprehensive action plan with steps being taken to boost production & sale of indigenous toys across the country.

Quality Control order has been issued by the Department for standardization and quality adherence of Toys.

The order will come into effect from 1st January, 2021.  This order aims to bring forward the synergized efforts of the GoI, states and the stakeholders to promote ‘Team up for toys’ vision keeping quality standards of the indigenous toys as the priority.

Now, as a part of the initiatives being taken to provide impetus to the medium, small and micro toy production units in the country, DPIIT has released Toys (Quality Control) Second Amendment Order, 2020. It exempts goods manufactured & sold by artisans registered with Development Commissioner (Handicrafts), from use of Standard Mark under licence from Bureau of Indian Standards, as per Scheme1 of Schedule-II of BIS(Conformity Assessment)Regulations,2018. 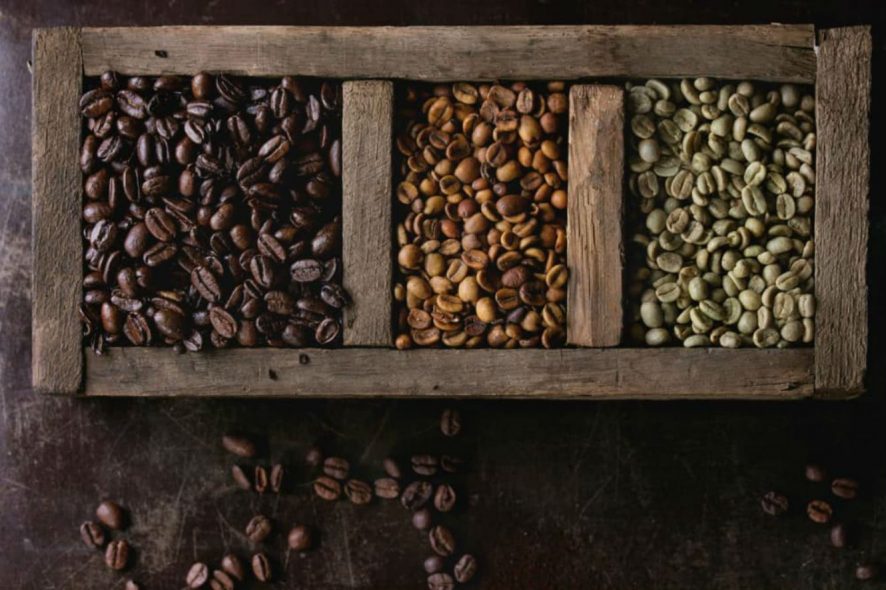 The Department for Promotion of Industry and Internal Trade, Ministry of Commerce and Industry, Government of India has recently awarded Geographical Indication (GI) to five varieties of Indian coffee. They are:

The Monsooned Malabar Robusta Coffee, a unique specialty coffee from India, was given GI certification earlier.

In India, coffee is cultivated in about 4.54 lakh hectares by 3.66 lakh coffee farmers of which 98% are small farmers. Coffee cultivation is mainly done in the Southern States of India:

Coffee is also grown in non-traditional areas like Andhra Pradesh and Odisha (17.2%) and North East States (1.8%).

India is the only country in the world where the entire coffee cultivation is grown under shade, hand-picked and sun-dried. India produces some of the best coffee in the world, grown by tribal farmers in the Western and Eastern Ghats, which are the two major bio-diversity hotspots in the world. Indian coffee is highly valued in the world market and sold as premium coffee in Europe.

The recognition and protection that comes with GI certification will allow the coffee producers of India to invest in maintaining the specific qualities of the coffee grown in that particular region. It will also enhance the visibility of Indian coffee in the world and allow growers to get the maximum price for their premium coffee.

Ministry of Commerce and Industry