Delhi High Court: In an appeal filed challenging the judgment passed by the Single Judge whereby the writ petition of the Appellant was dismissed on the ground that it was not maintainable as Gems & Jewellery Export Promotion Council (GJEPC) did not fall within the ambit of State under Article 12, a Division Bench of Satish Chandra Sharma CJ., and Subramonium JJ., held that the writ petition would not be maintainable as the GJEPC, does not fall within the ambit of “State” and “other authorities” under Article 12 as GJEPC does not satisfy any of the requirements or tests laid down by various Judgements of the Supreme Court for establishing whether or not an authority can be deemed to be a “State” under Article 12 or not.

The Court noted that Article 12 should not be stretched so as to bring in every autonomous body which has some nexus with the government within the sweep of the expression “State”. The State control, however vast and pervasive, is not determinative. The financial contribution by the State is also not conclusive. The combination of State aid coupled with an unusual degree of control over the management and policies of the body, and rendering of an important public service being the obligatory functions of the State may largely point out that the body is “State”.

Placing reliance on Pradeep Kumar Biswas v. Indian Institute of Chemical Biology, (2002) 5 SCC 111 and Zee Telefilms. Ltd. v. Union of India, (2005) 4 SCC 649, the Court observed that the control that must be exercised by the State over the authority should be pervasive in nature to the extent that the authority should have limited autonomy. These are the broad guidelines that must be borne in mind when venturing into the question as to whether or not a certain authorities can be termed to be a “State”.

Thus, the Court analyzed MoA, AoA and other documents to discern whether GJEPC can be brought within the net of “other authorities” for the purpose of Article 12 and observed that a deep dive into the AoA and MoA of the GJEPC only brings forth the understanding that the GJEPC is a nodal agency, meant to mediate between exporters of gems and jewellery, and the Central Government.

The Court further noted that the function performed by the GJEPC cannot be termed as “public duty” and any administrative or financial hold that the Central Government is deemed to have over GJEPC is far from pervasive. The GJEPC retains its autonomous character and it is the CoA which not only looks after the affairs of the GJEPC, but is also empowered to make rules and regulations with regard to conditions of service, appointment, elections, etc. GJEPC does not satisfy any of the requirements or tests laid down by various Judgements of the Supreme Court for establishing whether or not an authority can be deemed to be a “State” under Article 12.

The Court thus, held that the impugned judgement wherein it was held that the writ petition would not be maintainable as the GJEPC does not fall within the ambit of “State” and “other authorities” under Article 12 of the Constitution of India, is legally firm and does not require any interference on the part of this Court. 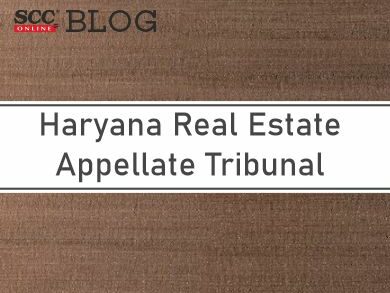 Builder deliberately not handing over the possession to the allottee despite receiving the whole of consideration; Haryana RERA modifies order of the State Authority to extend due date of delivery of the unit

When can a High Court invoke its power in granting writ of habeas corpus in child custody matters? All HC lays down scope and ambit of Writ of Habeas Corpus