Supreme Court: In a special leave petition filed against the judgment and order of the Rajasthan High Court, wherein the Court had vacated the interim protection awarded to the petitioner, because he was taken into custody in another matter, the division bench of Surya Kant and V. Ramasubramanian, JJ. ordered that the impugned order, being interlocutory in nature, shall not be treated as precedent for cancellation of bail granted to the petitioner in other cases, and the pending cases shall be decided by the High Court as per its own merits and in accordance with law. However, the question of law that “whether anticipatory bail would be maintainable if a person is already arrested and is in custody in relation to another offence” was kept open to be decided in an appropriate case.

The petitioner submitted that he has been released on regular bail in the instant case. The impugned order is likely to be relied upon by the High Court for cancellation of interim bail granted to the petitioner in other cases.

The petitioner submitted that there are divergent views by different High Courts on the said issue. The Rajasthan High Court in Sunil Kallani v. State of Rajasthan, 2021 SCC OnLine Raj 1654 held that a person who is already in custody cannot have reasons to believe that he shall be arrested as he stands already arrested. In view thereof, the precondition of bail application to be moved under Section 438 Code of Criminal Procedure, 1973 (‘CrPC’) “reasons to believe that he may be arrested” do not survive since a person is already arrested in another case and is in custody whether before the police or in jail. It was further held that that the anticipatory bail would not lie and would not be maintainable if a person is already arrested and is in custody of police or judicial custody in relation to another criminal case which may be for similar offence or for different offences.

Per Contra, the Bombay High Court in Alnesh Akil Somji v. State of Maharashtra, 2021 SCC OnLine Bom 5276 , while disagreeing to confirm the view of the Rajasthan High Court in Sunil Kallani( supra) , held that, there is no such bar in CrPC or any statute which prohibits Session or the High Court from entertaining and deciding an anticipatory bail, when such person is already in judicial or police custody in some other offence and , the restriction cannot be stretched to include arrest made in any other offence as that would be against the purport of the provision.

The petitioner further submitted that the Allahabad High Court’s order in Rajesh Kumar Sharma v. CBI, 2022 SCC OnLine All 832 reflects that the Bombay High Court’s decision in Alnesh Akil Somji(supra) was not noted, and the Single judge chose to follow the decision of the Rajasthan High Court in Sunil Kallani (supra) and held that as the applicant was in custody in connection with another case, the anticipatory bail application was not maintainable.

In facts and circumstances of the present case, it was submitted that the petitioner was taken into custody and subsequently has been released on regular bail. Therefore, the petition had become infructuous

However, the Court ordered that the impugned order being interlocutory in nature, shall not be treated as precedent for cancellation of bail granted to the petitioner in other cases, and the question of law was kept open to be decided in an appropriate case. 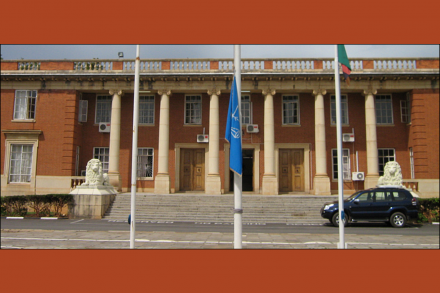